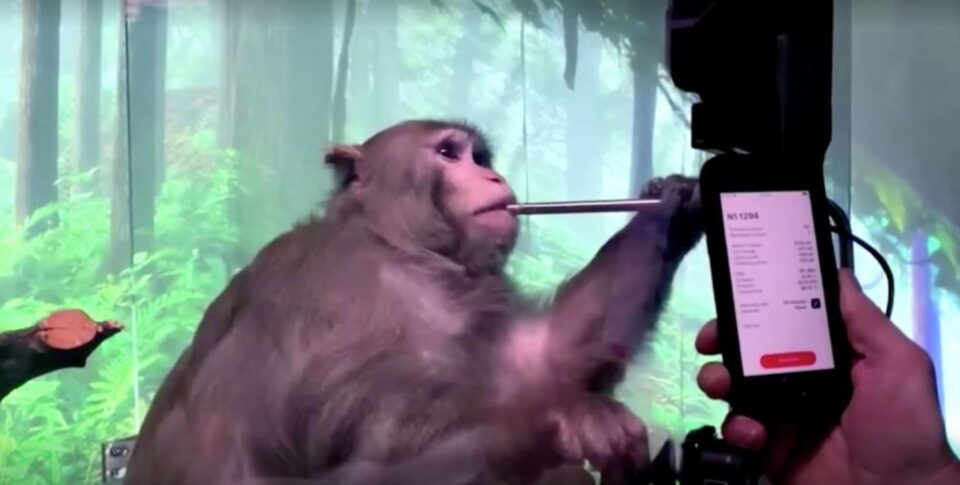 Billionaire entrepreneur Elon Musk’s brain-chip startup released footage on Friday appearing to show a monkey playing a simple videogame after getting implants of the new technology.

The 3-minute video by Neuralink here shows Pager, a male macaque with chips embedded on each side of its brain, playing ‘Mind Pong’. Although he was trained to move a joystick, it is now unplugged. He controls the paddle simply by thinking about moving his hand up or down.

“First @Neuralink product will enable someone with paralysis to use a smartphone with their mind faster than someone using thumbs,” Musk tweeted here on Thursday.

“Later versions will be able to shunt signals from Neuralinks in brain to Neuralinks in body motor/sensory neuron clusters, thus enabling, for example, paraplegics to walk again. The device is implanted flush with skull & charges wirelessly, so you look & feel totally normal.”

Neuralink works by recording and decoding electrical signals from the brain using more than 2,000 electrodes implanted in regions of the monkey’s motor cortex that coordinate hand and arm movements, the video’s voiceover said.

“Using these data, we calibrate the decoder by mathematically modelling the relationship between patterns of neural activity and the different joystick movements they produce.”

In August 2020, Musk unveiled a pig with a Neuralink chip implant, describing it as “a Fitbit in your skull.”

Musk has a history of bringing together diverse experts to develop technology previously limited to academic labs, including for rockets and electrical vehicles, through companies such as Tesla Inc and SpaceX.

Princess Anne: life without Prince Philip to be ‘completely different’