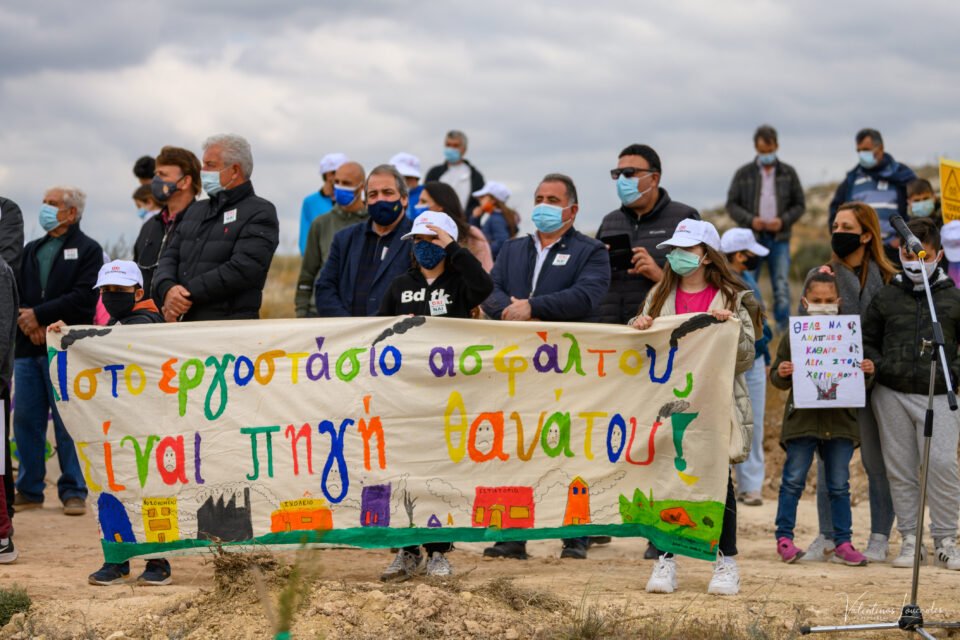 Residents on a previous protest

Around 1,000 people took part in a demonstration on Sunday against the move of an asphalt plant to the Mitsero area, saying they wan clean air and an environment without pollution for themselves and their children.

Not only do residents not want another polluting industry in the area, but they said it was time these types of activity were removed from it.

Speaking on behalf of communities in the area, Mitsero community leader Andreas Kyriakou and Leontios Filotheo of the Communities in Action group said that the area has paid a heavy price for housing mines, quarries, livestock units and slaughterhouses.It is for these reasons that any decision to move an asphalt plant to the area will not be tolerated, they added.It is the responsibility of the state to find solutions, which will put an end to the problem faced by the inhabitants of Dali but which will not burden the inhabitants of other areas, protestors said.

They said they will continue their protests and take dynamic measures.

A recent cabinet decision was made to remove two asphalt plants from Dhali.

The government has already decided to relocate the two plants, but it is having problems in finding suitable locations after reactions from residents living near likely new locations.

Borrell’s plan for energy could be a new way forward

Coronavirus: Further relaxations to measures reportedly on the table