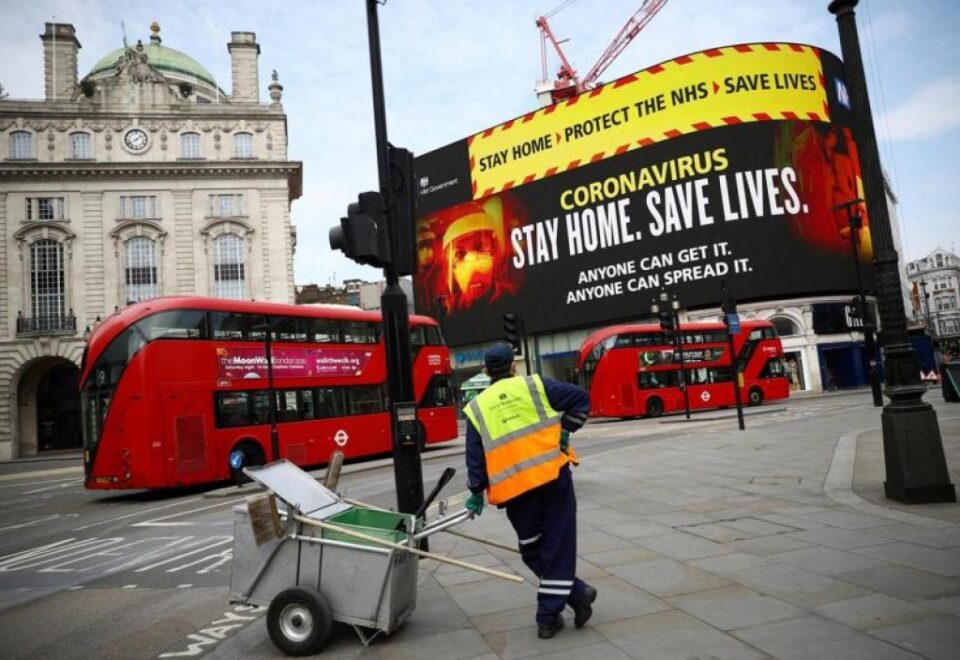 There’s something pretty rum about the events of the past year, rendering it well beyond a global health story. Besides its impact in terms of individual human tragedies, the pandemic has unmistakably led to some draconian, authoritarian behaviour among Western governments that wouldn’t be out of place in dystopian imaginings of futuristic state power and enforcement. Not least in the UK, a land still widely regarded as a bastion of freedom and democracy, and with supposedly a libertarian prime minister.

Politically, economically and socially, our lives have been thrown off track by lockdown policy, whatever the view of its necessity or otherwise in containing the coronavirus. Many have registered how slow the British government has been to release the shackles, the suspicion being that laws and regulations suddenly applied for command and control have gone to the heads of much of the political class, our society softened into stupor by unprecedented, unbacked budgetary largesse buying our complicity, not to mention complacence.

It might just be a short-term phenomenon, of course, given our imminent ushering into the light again, and the promise of economic rebound with it, thanks to remarkable efforts of vaccine development, procurement and rollout. Normality of sorts might conceivably be recreated.

It might, though, be an interlude that aids the long-range objective of those insistent types who want to add Covid collectivism to the policy tropes of social egalitarianism and climate change that dominate the airwaves these days.

The politics behind environmentalism and so-called equality are plain enough to those paying attention, unmissable as an agenda. The economics, though, are subtler, except in the accumulation of huge government debts, yet to impede everyday living standards in most (but definitely not all) cases. All you might say that people have generally noticed is that interest rates on savings are laughable, while world financial markets appear reliant on the authorities’ gushing geysers of funny money.

Some will certainly entertain the notion that it doesn’t make a lot of sense to keep fuelling this bubble. Others might reckon there’s a reasoning behind it all, albeit mad.

In fact, the strategy does make sense, if what you want to do is destroy, and yet blame, capitalism, a not uncommon purpose these days, you may have noticed.

And there’s the rub. This latest escapade of governmental blowout is arguably the hobby-horse of a rich, powerful, opinionated, elitist sect which leans to yet another foray into the realms of the socialistic Big Idea, as if history did not thoroughly counsel against it. They just can’t help themselves, that controlling instinct irrepressible among the self-appointed do-gooders and fellow-travellers, whose march through the institutions is as advanced as it is impressive.

So here’s the deal.  A ten-point plan to undermine and overthrow Western freedom and markets by stealth, stripped here to its bullet-point essence in a timeline retrospective.

First, back in the 1990s, the US government leans on the banks – as if state agencies not commercial enterprises, utilities in the service of the political class, not businesses – to lend to subprime borrowers, stoking a housing market getting high anyway on easy money administered by the Fed.

Second, despite the undoubted scale of its administrative clout, it fails to regulate the financial sector that repackages the junk as creditworthy investments, leveraging to the hilt until boom turns spectacularly to bust in 2008, the crashing house of cards delivering an almighty hammer blow to the world economy.

Third, in a nutshell, governments internationally spend enormously, if unavoidably, to contain the fallout, while central banks slash interest rates.

Sixth, the authorities double, triple and quadruple down on this lopsided approach, despite low unemployment, the risks to financial stability, and moreover the damage to bank lending and profitability, pension funds and corporate investment, to the point where it is virtually impossible actually to raise interest rates again.

Seventh, upon the global coronavirus shock, such extreme monetary policy is extended yet further, met now by enormous fiscal stimulus (especially in the US), creating fears of inflation.  It is even claimed that inflation helps growth and employment, as if the fabled Phillips Curve trade-off is a policy menu rather than a dated, statistical reflection of the business cycle of the 1960s.

Eighth, round about now, the bond market eventually anticipates the ultimate Keynesian cul-de-sac, with sustained inflation officially welcomed (at investor expense if not avoided).

Ninth, pending today, stock markets shudder too as policy credibility crumbles. Stagflation, which the authorities have dismissed for its demolition of demand management theory and illumination of supply-side concerns, returns to the reckoning.

Tenth, those responsible for this serial, interventionist travesty declare that, far from government failure, it is the free market that has failed. Rejecting capitalism, there needs to be a Great Reset, New Agenda and other portentous gibberish, all in the name of the innocuous-sounding ‘rules-based, international order’ which in truth, frankly, represents Marxist predetermination and globalist statism.

Thus, policymakers seem hell-bent, the plan (if such) reaching fruition.

In the EU and eurozone, meanwhile, a €750bn crisis recovery fund is promised, but mired in a dysfunctional morass of policymaking under stress, ironically restraining the excesses of expansionism in the one place that the cracks of solidarity really invite papering over. The immovable object of northern austerity meets the irresistible need of southern rejuvenation in these parts, but that’s another (perpetual) story.

Elsewhere, there seems no such restraint. So, where next for the US and UK, apparently leaders in Western recovery, yet seemingly flirting with an intellectual vault away from orthodox economics?

Debts to be cancelled, trashing supposedly comfortable creditors in favour of downtrodden debtors? Cash to be abolished, all transactions recorded by the nanny/police/surveillance state, with non-state-designated assets (like cryptocurrencies and gold) attempting to protect against repressive theft either outlawed or confiscated?

Social egalitarianism is already on the verge of becoming established as the informing imperative of the age (‘all in this together’), with people’s ordinary sensibility for self-reliance stultified by lockdown, and redistribution the sotto voce default creed.  The green agenda is moving into overdrive, securing socialising motivations while enriching the clubbable chums of the elite invested in ‘renewables’, at the risk even of jeopardising Western energy security in the headlong rush to achieve net zero carbon emissions, even as Asia critically bucks that trend.

Slogans abound to drum the message home, tellingly cross-border in their repetition. We are ‘building back better’, all ‘stakeholders’ together. The mainstream and dominant social media are all on board, pronouncing ‘liberal values’ and ‘social’ democracy whilst in fact conveying degrees of illiberalism and even quasi-totalitarian methods. Manifestations of ‘cancel culture’ are already prevalent in the halls of academia, even in the realms of science, which properly requires the rigours of scepticism.

Hey presto. Welcome to the brave, new, Orwellian world of Utopian technocratic cronyism.  We’re getting there bit by bit. A pipedream? Perhaps.

Andrew Shouler is a freelance journalist and former City economist