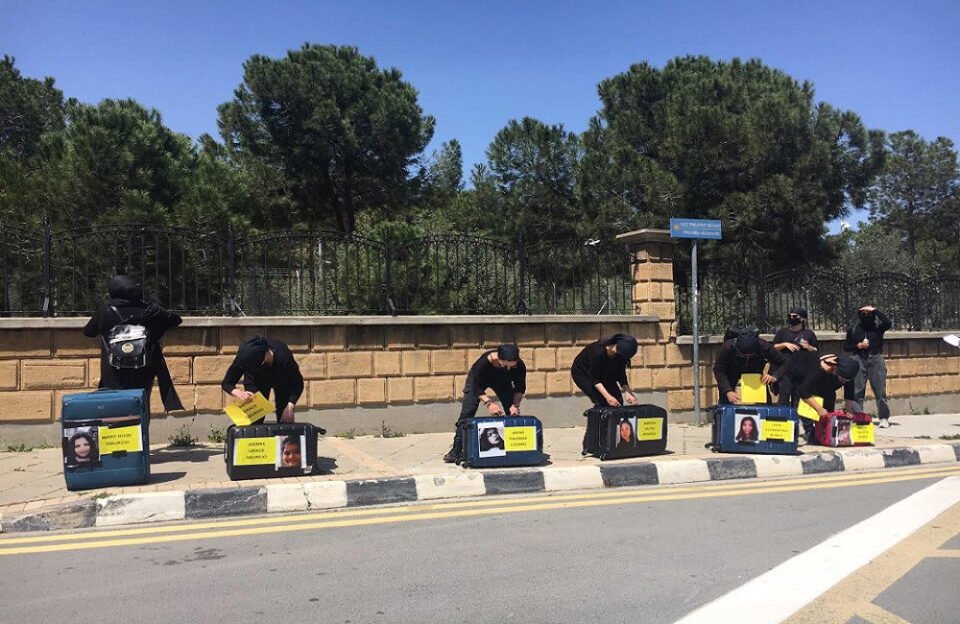 A group of women dressed in black marched on Wednesday to the Presidential Palace to mark the second anniversary since the first body was discovered of the seven victims of serial killer Nicos Metaxas who admitted to murdering five women and two girls who were daughters of two of the victims.

The group then marched to the government’s law office with seven suitcases, each bearing a photo of the victim, three of whom were found submerged in suitcases in the Mitsero area.

The commemoration rally was also a protest over the fact that no police officer will be facing criminal proceedings over the apparent failure to act, which allowed a serial killer to go undetected for about three. The legal service has decided not to file cases in court against 15 officers identified by an independent investigation as having failed to do their duty.

Army officer Metaxas, 37, admitted to killing the five women and the daughters of two of them after the accidental discovery of the first body of one of his victims in a mine shaft at Mitsero.

The story unravelled after the body of Mary Rose Tiburcio, 39, from the Philippines was accidentally discovered on April 14, 2019 in a mine shaft in Mitsero that had flooded following heavy rains.

Arian Palanas Lozano, also from the Philippines 28, was found there a couple of days later.

The third body, that of Asmita Khadka Bista, 30, from Nepal, was found near a firing range in Orounta on April 25, 2019.

Three other bodies, Livia Florentina Bunea, 36, her eight-year-old daughter Elena Natalia Bunea, from Romania, and Maricar Valdez Arquiola, 30, from the Philippines, were found stuffed in suitcases and dumped in the Mitsero red lake.

The last body to be retrieved was that of Tiburcio’s daughter Sierra on July 12, 2019. She had been wrapped in a sheet and thrown into the Xyliatos lake, weighed down by a concrete block.

Catching a cosmic finale: watching how a star dies