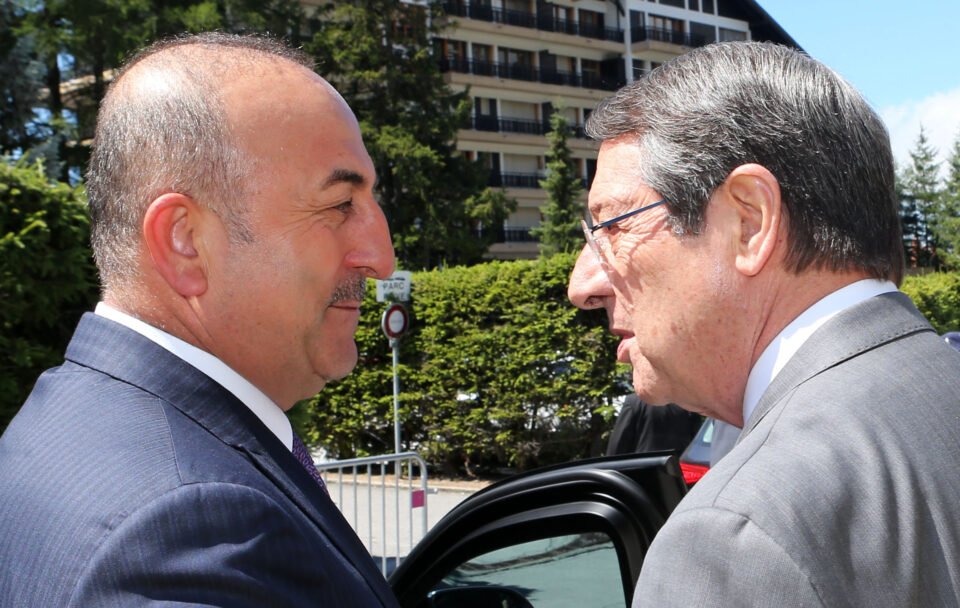 The – for all intents and purposes – absence of the European Union from this week’s five-way informal conference on Cyprus perhaps telegraphs best the low expectations attached to the doings in Geneva, with just two low-level officials representing the bloc there, the Sunday Mail has learned.

A source familiar with the matter said the talks in Switzerland will be attended by “a couple of low-level EU functionaries, on the periphery… they won’t even be in the room, they won’t have observer status.”

Despite the media buzz surrounding the April 27 to 29 talks, more sober analysts are lowering the bar on the outcome of the Geneva gathering – if there is to be any substantive outcome at all.

“To my recollection, expectations on the Cyprus problem have never been lower,” commented Hubert Faustmann, professor for history and political science at the University of Nicosia.

Reading the tea leaves ahead of a summit is never easy – what with so many moving parts – but this time there exists an apparent consensus that the needle won’t be moving forward in Geneva.

The first source, who preferred to remain anonymous, said the key this time centres on the Turkish side’s rhetoric about a two-state solution for the island.

“If Turkey goes with that in Geneva, actually puts that position on paper, then it’s game over. But will they? It remains to be seen, as this could well be just tactics.”

More likely, Turkey is citing the two-state talking point as a bargaining chip – leverage – or to gauge the Greek side’s reaction.

The seemingly never-ending Cyprus problem has always been such a cat-and-mouse game.

“Ankara knows that if it formally puts the two-states proposal on the table, it’s over for them. They know full well they’ll get blamed for tanking the talks.”

On the other hand, the source qualified, Turkish leader Tayyip Erdogan personifies the unpredictable political actor – so this possibility, remote as it may sound, cannot be entirely ruled out.

Regardless, what the Greek Cypriot side needs to absolutely do in Geneva is take a stance on the issue of political equality among the two communities in a mooted reunified state.

“In layman’s terms, political equality pertains to effective participation in decision-making – especially in the cabinet,” the source explained. “But if the Greek Cypriots maintain their current position on the matter, then it’ll go nowhere.”

In recent days the brouhaha over the so-called ‘minutes’ of President Nicos Anastasiades’ meetings with Turkish Foreign Minister Mevlut Cavusoglu in Crans-Montana in 2017, and subsequently in New York at the UN in 2018, has got a great deal of play.

Cavusoglu claims it was at the Crans-Montana meeting that Anastasiades came up with the two-state solution.

This past week the president claimed he had received from the UN the Turkish minutes of the meeting with Cavusoglu, and that these “coincided absolutely” with the Cypriot transcript.

However a little later the government spokesman gave quite a different story, telling reporters that he did not know if the Cypriot side has obtained the Turkish minutes or been briefed about their contents.

The mismatch caused some head-scratching among commentators. Was this about jockeying, or something more substantive?

According to the Sunday Mail’s source, no such minutes exist, period.

“There was no minute-taker at Crans-Montana. The sides each took their own notes.”

Moving onto another side-issue – Turkey’s hostility to the EU’s participation in the informal talks – the source said Ankara likely feels the bloc is biased against it.

Faustmann agrees with that assessment, but says it’s still a little hard to read the Turkish stance.

One would expect Turkey, which wants to get in the EU’s good books, to display some goodwill towards the bloc by including it in the Cyprus palavers.

“Conversely, Ankara may be thinking that since these particular talks are not substantive anyway, it doesn’t ‘cost’ them a lot to leave the EU out,” speculates Faustmann.

And that in itself just might be a telltale sign of what the parties anticipate – not much – from the Switzerland conference.

“None of the parties have made positive noises ahead of the meeting. There’s no agreement on the basis of reunification talks, what with the two-state idea now being floated. It’s just hard to see any agreement at this stage.”

Whereas the analyst does acknowledge that it’s better for the parties – particularly Nicosia and Ankara which have very little direct contact – to talk to one another rather than not, he hastens to put this strapline to the upcoming proceedings:

“Talks for the sake of talks.”

According to Faustmann, realistically Turkey is not keen on a Cyprus settlement at the moment. There are several reasons for this, a major one being that Erdogan can’t afford to lose the political support of the nationalist contingent in Turkey.

As for Anastasiades, “he has lost much of his credibility, particularly in the wake of the domestic scandals, so don’t expect from him any bold or out-of-the-box moves.”

Which leaves us with the tactical manoeuvres – the ubiquitous Cyprus blame game. Here, Anastasiades does have a slight edge.

Faustmann says the Turkish Cypriots lost the moral high ground they had occupied up until the 2017 talks of Crans-Montana – that they were interested in a solution and so forth.

Now, with the two-state solution talking point, they’ve thrown that advantage away.

“It’s a gift to Anastasiades, making it easier on him, because he now gets to talk up the bizonal, bicommunal federation.”

But is the rhetoric about the two states for real, or a tactical ploy by Ankara?

“It’s the classic Turkish modus operandi. We see it for example with their conduct in the exclusive economic zone of Cyprus, or with Varosha: raise the stakes so high, and then ‘yield’ slightly, but expect a concession in return.”

What concession? Most likely the Turkish side wants to soften up the Greek Cypriots, nudging them toward a so-called ‘loose federation’ on the island. It’s a broad concept, with many potential pitfalls.

On the timing of the talks, and whether it has any relevance, Faustmann says he struggles to find any.

“We know the UN want to drive matters forward, after four years of no movement after Crans Montana. We can also say that Britain – one of the guarantor powers – would like to demonstrate to its EU partners it can be a constructive player on the international scene. Fine.

“But as for the main players – the Greek Cypriots, the Turkish Cypriots, and Turkey – there just seems to be very little genuine interest. The whole set-up smacks of them merely going through the motions.”

Our View: Geneva meeting unlikely to be genuine ‘last chance’ for a deal

Cyprus 4.0: Wargaming makes effective use of analytics for online success