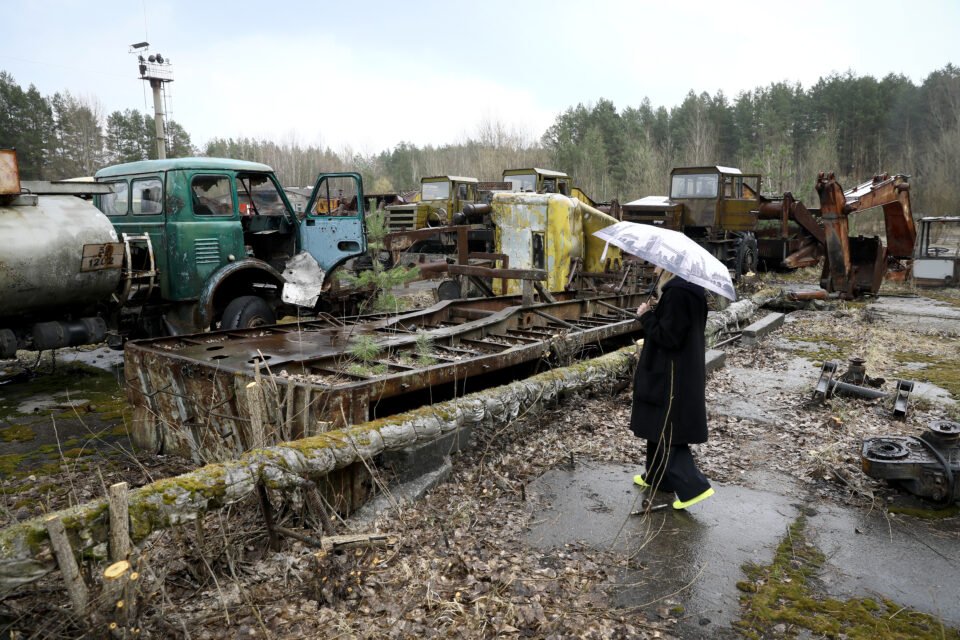 The Chernobyl accident in 1986 was the world’s most serious nuclear accident and a terrifying human tragedy. The explosion resulted from an uncontrolled reaction at the plant, and the subsequent fire released large quantities of radioactive particles into the atmosphere, which spread over much of the western USSR and Europe (at least 40 different countries across the region). The scale of the Chernobyl disaster is well known around the world.

Over a half a million civilian and military personnel were drafted from across the former Soviet Union as so-called “liquidators” to clean up and contain the nuclear fallout. Thirty-one plant workers and firemen died in the immediate aftermath of the accident, mostly from acute radiation sickness. Hundreds of thousands of people were affected by high radiation doses. Some 350,000 people were forced to leave their homes in severely contaminated areas.

One of the areas closely associated with Chernobyl is the town of Pripyat. It was built two miles from the power plant to house workers and their families. There were almost 50,000 residents in the town at the time of the accident.

On April 27, 1986, the government of Ukraine initiated the evacuation of residents of the towns of Pripyat and Chernobyl and other districts and villages in a 30km zone. The leadership of the former Soviet Union rejected international cooperation offered to diminish the disastrous consequences of the disaster. Hiding the truth about the Chernobyl disaster led to the emergence and spreading of rumours on the scale of the disaster.

There is still no official account of how many died and suffered as a result of the meltdown, and the health implications have long been debated.

Today, everything has been left as it once was – with nature taking over. But this wilderness is once again attracting visitors. Levels of radiation in some parts are almost back to normal levels, meaning it is safe for people to visit for short periods of time.

After the accident at reactor #4, the three remaining reactor units – which were vital to Ukraine’s electricity needs – continued to operate for several years. The last of those units was stopped in the year 2000. The decommission of units 1-3 is being carried out separately from that of the destroyed unit 4, which is expected to take many more years to complete.

The disaster had a significant political impact and changed the approach towards the use of nuclear energy.

We mourn the dead and commiserate with all those who lost their loved ones in this tragedy. We owe our lives to those brave men and women who participated in the clean-up operation following the accident. They showed courage and heroism and prevented the spread of radiation.

Today Ukraine is going through difficult times again. More than seven years ago, Russia started its military aggression against Ukraine, which led to the temporary occupation of the territory of Ukraine – the Autonomous Republic of Crimea and the city of Sevastopol and certain areas of Donetsk and Luhansk regions –  in total 43,744 square kilometres or 7.2 per cent of the territory of Ukraine.

Since the beginning of 2021, the situation on the ground has heavily deteriorated. Hostilities and violence jeopardise the fragile peace process as well as dramatically decrease the safety and security of the civilian population.

Despite Ukraine’s efforts in relaunching the Minsk peace process and implementing what is known as the Paris Normandy 4 agreements, Russia has effectively blocked progress and is pursuing a dangerous strategy of escalation, building up its military presence at Ukraine’s borders and the occupied territories of Donbas and Crimea under the pretext of military exercises.

In comparison to the end of 2020, shellings this year have increased by 1.3 times and our military losses by 3.5 times.

After the ceasefire was introduced in July 2020, it was violated by the occupation forces 1074 times, including 138 times with the use of Minsk-proscribed weapons (as of April 2, 2021). During this period 25 Ukrainian servicemen were killed and 83 wounded.

Russia refuses to recommit to a ceasefire. Instead, Russia has been constantly accusing Ukraine of blocking the Minsk process and systematically blaming Ukraine for undermining the ceasefire regime at the official level as well as in the global information space.

Russian officials have been repeatedly stating that it is Ukraine who “rejects the idea of dialogue”. Moreover, Russia’s disinformation machine has been spreading false narratives about Ukrainian military forces, trying to undermine their credibility and defence capability. Russia is conducting aggressive information and psychological operations to put pressure on the Ukrainian state, Ukrainian society and our strategic partners to prepare a soft ground for further military provocations.

We are extremely concerned with the current security trends and consider recent actions of the Russian Federation as a substantial threat to the national security of Ukraine.

Ukraine reiterates its commitment to the peaceful settlement of the conflict in Donbas by political and diplomatic means, which is only possible if Russia stops its military aggression against Ukraine.

Ruslan Nimchynskyi is the ambassador of Ukraine to Cyprus

You may also want to read

Why aren’t we treating Covid?