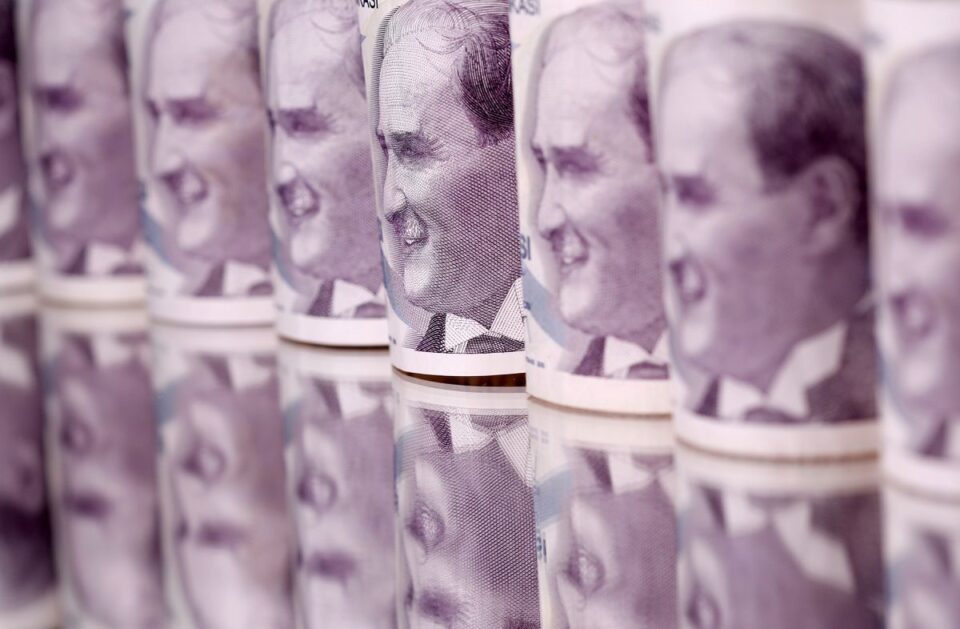 The currency, among the worst performers in emerging markets this year, weakened as much as 0.6 per cent to 8.48 versus the dollar, close to its 2021 low water mark and closing in on its record of 8.58 reached in early November.

“Market negativity is intense. (The) risk of an overshooting episode is unfortunately elevated,” Robin Brooks, chief economist at the Institute of International Finance, said on Twitter.

The lira shed 3.5 per cent in the last three trading days as it became clear that US President Joe Biden would officially recognise the 1915 massacres of Armenians in the Ottoman Empire as a genocide.

Turkey, a NATO ally, sharply criticised the White House’s decision, which was announced on Saturday, and said it undermined trust and friendship.

Turkish assets are particularly sensitive to strains in relations with Washington given past fallout from US sanctions and economic threats, including a spat in 2018 with then- President Donald Trump that sparked a lira crisis and recession.

President Tayyip Erdogan’s spokesman and adviser, Ibrahim Kalin, told Reuters that Washington should act responsibly since it was in no one’s interest to “artificially undermine ongoing relationships for narrow political agendas.”

“Everything that we conduct with the United States will be under the spell of this very unfortunate statement,” he said in an interview on Sunday.

Adding to investors’ jitters, Central Bank Governor Sahap Kavcioglu, who was appointed a month ago, said late on Friday that while he would keep monetary policy tight for now, any rate hike would send a bad message for the real economy.

“Who is happy with high interest rates?” he said in his first televised interview as bank head.

It plunged as much as 15 per cent last month after Erdogan sacked Naci Agbal, a respected policy hawk, as central bank governor and appointed Kavcioglu, who like Erdogan is a critic of tight monetary policy and has espoused the unorthodox view that it causes inflation.

Agbal had raised the policy rate to 19 per cent to curb inflation that has risen above 16 per cent and is expected to hit 18 per cent. Many foreign investors who snapped up Turkish assets under Agbal fled when he was fired.

Analysts expect the bank to begin cutting rates around mid-year and some predict Kavcioglu could revert to a costly policy, conducted before Agbal was appointed in November, of selling foreign currency (FX) reserves to support the lira.

The political opposition has pressed Erdogan and his ruling AK Party to account for some $128 billion in sales in 2019 and 2020, which were made by state banks and backed by central bank swaps, sharply depleting its FX reserves.

In the interview, Kavcioglu defended the sales in the face of what he called “attacks” that began with the 2018 crisis.

Kavcioglu “seemed quite confident about the quality of reserves, saying (they) were only shifted from assets to liabilities,” said Ozlem Derici Sengul, founding partner at Spinn Consulting.

But “losing assets and holding liability means the system remains quite fragile against a situation like a bank run where households and companies need their FX deposits,” she said.