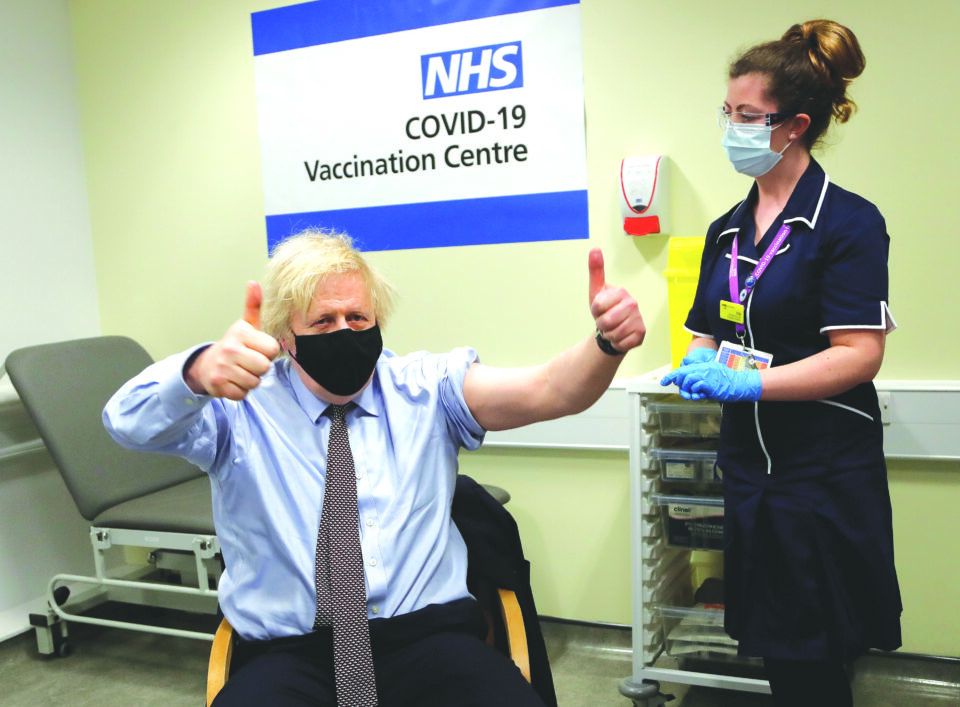 Britain looks set to see faster economic growth than the United States this year as the country races ahead with its vaccination programme after its slump in 2020, Goldman Sachs said in a note released on Sunday.

The bank said in a note to clients that it now expects British gross domestic product to grow by a “striking” 7.8 per cent this year, “above our expectations for the US”

A Reuters poll of analysts published on April 13 showed an average forecast for growth of 5.0 per cent in the UK, the world’s fifth-biggest economy in 2021. The International Monetary Fund has projected a 5.3 per cent expansion.

But since those forecasts were made there have been signs of an acceleration in the pace of recovery with the country now having given a first coronavirus vaccine to more than half of its total population.

“The UK economy is rebounding sharply from the Covid crisis,” Goldman Sachs said.

“The April flash PMI was much stronger than expected in the UK, with the services PMI moving strongly further into expansionary territory,” it said.

The bank also noted a much-stronger-than-expected 5.4 per cent monthly jump in retail sales in March.

The note did not provide a comparison forecast for U.S. economic growth this year. In February, Goldman said it expected U.S. GDP would grow by 6.8 per cent in 2021 as President Joe Biden pushed ahead with a huge fiscal stimulus programme.

Britain’s economy shrank by nearly 10 per cent last year as it was hit by longer coronavirus lockdowns than many of its peers. By comparison, the U.S. economy shrank by an estimated 3.5 per cent, according to the International Monetary Fund.

On Saturday, Bank of England Deputy Governor Ben Broadbent was quoted as saying he expected “very rapid growth at least over the next couple of quarters” as the country lifts its coronavirus restrictions.

Turkey says it will respond in time to ‘outrageous’ U.S. genocide statement

From Cyprus, TheSoul Publishing reaches over 1bn — interview with the chief operations officer