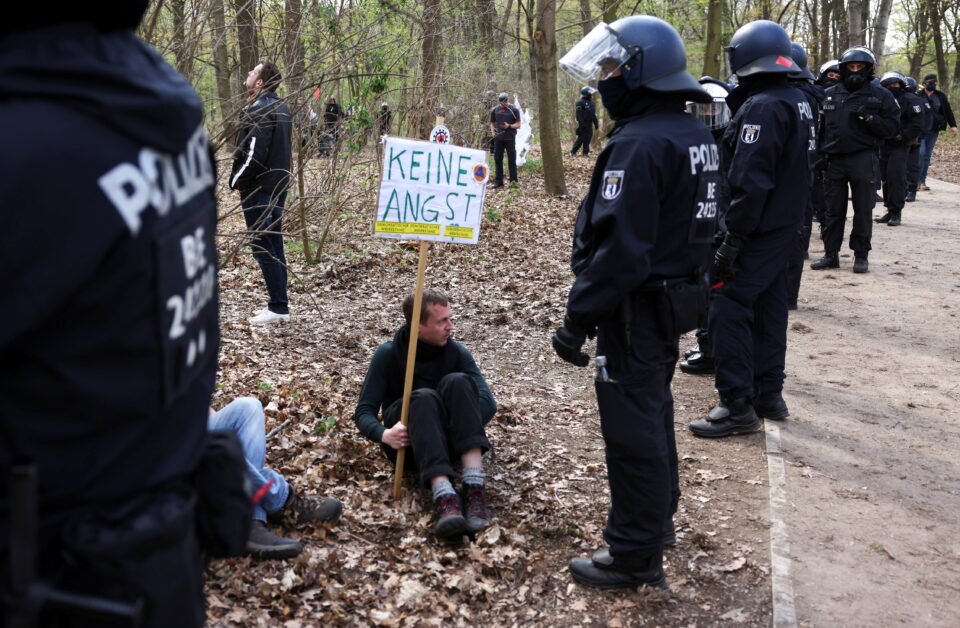 Germany’s domestic spy agency is monitoring individuals who have joined anti-lockdown protests to decide if their rejection of government curbs amounts to subversion and incitement to violence.

The surveillance includes some members of the “Querdenker” or “Lateral Thinkers” movement, which has been organising increasingly violent protests against coronavirus lockdowns and includes conspiracy theorists and suspected far-right extremists, a spokeswoman for the BfV spy agency said.

The movement started with small demonstrations in the southern city of Stuttgart last year but has grown in scope and reach, drawing to its protests Germans from all walks of life frustrated with lockdowns in place since November.

Authorities fear that far-right extremists and conspiracy theorists who either deny the existence of COVID-19 or downplay its threat to public health are exploiting lockdown frustrations to stir anger against politicians and state institutions five months before a general election.

“Legitimate protests against the coronavirus politics are being repeatedly and increasingly exploited to provoke an escalation,” said BfV spokeswoman Angela Pley.

“Organisers of demonstrations which are mainly led by protagonists of the Querdenker movement have an agenda that goes beyond protesting against the state’s measures against the coronavirus.”

She added that members of the far-right “Reichsbuerger” movement that denies the existence of the modern German state as well as anti-Semitic groups have participated in the protests.

Domestic spies fear far-right extremists could seek to boost anger against state institutions such as the police after parliament gave temporary powers this month to Chancellor Angela Merkel’s government to enforce lockdowns in areas with high infection rates.

The new powers have drawn fierce criticism from opposition parties, including the far-right Alternative for Germany (AfD) party, whose leaders have joined anti-lockdown protests.

The BKA federal police agency has told parliament that the names of lawmakers who voted for the amendments figured in an online document titled, “Death list of German politicians”, while adding that they were in no imminent danger.

“A manifestation of this radicalisation can be seen in attacks against members of the police.”