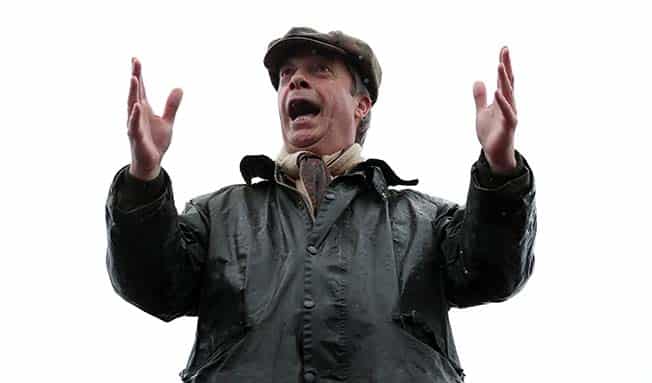 Love him or hate him, it’s hard to accuse Nigel Farage of being boring or predictable – and Britain’s Brexit champion has blindsided his critics once again.

Fresh from leaving politics, the most high-profile face of the campaign to leave the European Union has joined the advisory board of a Dutch carbon offset company aiming to plant three trillion trees by 2030.

It may seem an unlikely career choice for a man who has been scathing about wind power, criticised some environmental campaigners for what he called climate alarmism and declared war on the “woke agenda”.

Yet Farage said the attraction of the new role, as an adviser and spokesman with Amsterdam-listed carbon offset company Dutch Green Business (DGB), was about conservation and nature rather than just combating climate change – on which he says the science is still not completely settled.

“I think people will want to plant trees and increase biodiversity through DGB who are actually quite sceptical about climate change. Equally there will be others who are very concerned about it,” the 57-year-old told Reuters.

“If their motivations are more about biodiversity than they are about climate change, so what?” he said.

DGB CEO Selwyn Duijvestijn said the very image that made Farage appear an unlikely choice would help to broaden the company’s message to reach people beyond those traditionally interested in nature.

“50% of the world love the Greta Thunbergs of this world to bring them the message that nature is important, but then there is the other 50% … the oil workers in Texas for instance … and they would rather listen to Nigel,” Duijvestijn said.

Yet some established figures in the carbon market expressed concern over the appointment.

“We are astonished that an organisation that, presumably, seeks to be seen as credible, has enlisted as a spokesperson and adviser someone who has wilfully impeded progress on climate action by sowing doubt about the reality and urgency of climate change,” said Sarah Leugers, director of communications at Gold Standard, one of the biggest carbon offset registries.

DGB’s first offsets have been bought from a forest project in Sierra Leone from established decarbonisation project developer South Pole but Duijvestijn says it expects to develop future projects itself.

Farage’s entrance may force DGB to hasten that transition; South Pole said it was concerned about his appointment and had decided to forgo future agreements with the company.

Responding to the criticisms, DGB said Farage was an agent for change who can be “a force for good” in championing reforestation.

Carbon offsets, or credits, are generated by emissions-reduction projects, such as tree planting or shifts to less polluting fuels. These credits are then bought by companies or individuals to help compensate for their own emissions.

Currently the market is small, with a mostly bilateral, project by project approach. But with more and more companies announcing net-zero climate targets, the market is expected to balloon over the coming years, attracting more financial institutions.

Some exchanges, such as CME, have launched futures offset contracts this year, and DGB said it hoped to harness the commodities expertise of Farage, who spent years as a trader on the London Metal Exchange.

How to prevent mould and mildew in your washing machine