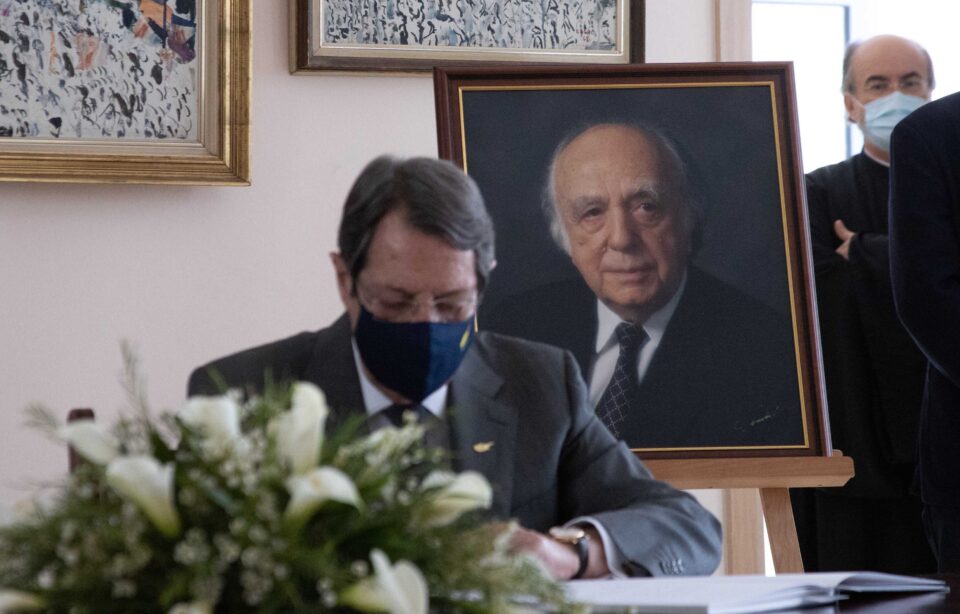 Speaking to the media after signing the book of condolences at the Vassos Lyssarides Foundation, the president said he had signed “as one of the many witnesses of a leader and a fighter for freedom, democracy, human rights.”

A former president of the House of Representatives and a central figure in Cyprus politics, Lyssarides died on April 26, aged 100. His funeral will be held at the Ayia Sophia Church in Strovolos on Wednesday and will be officiated by Archbishop Chrysostomos.

Anastasiades said Lyssarides was a leader who had tied his life to the struggles for freedom of the Republic of Cyprus. “A visionary who is one of the authors and protagonists of modern Cyprus history,” he said.

In the book of condolences, Anastasiades wrote: “With the loss of Vassos Lyssarides, our country has lost a leader who left his mark on every big and small moment of the modern history of our country.”

His loss closes the large historical circle of the people who struggles for liberation from colonial rule and built the Republic of Cyprus, he added.

House president Adamos Adamou also signed the book of condolence on Tuesday and paid tribute to Lyssarides’ whom he described as a ‘living chapter of the history of the country’. Adamou, who followed in Lyssarides’ footsteps as a medical doctor elected to serve House speaker, praised Lyssarides as a visionary, an idealist and a fighter to the end for freedom and the independence of peoples.