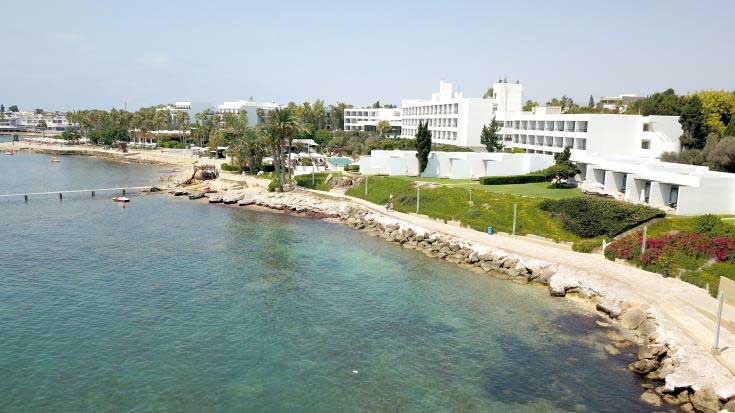 Hoteliers hope to be able to welcome locals as from May 10, provided that the current two-week tougher restrictions are lifted, Cyprus Hotels Association director Philokypros Roussounides told Cybc TV on Tuesday.

Health Minister Costantinos Ioannou has indicated that Cyprus will return to the looser regime that was in place up till April 25 as from May 10 but with additional requirements to go to areas of ‘congregation’ – a rapid test or proof of having received at least the first jab or having antibodies after recovering from Covid.

No announcement has been made as to specific venues where such rules, should they be formally adopted, would apply. Asked on the issue on Tuesday, Health Ministry spokeswoman Margarita Kyriakou said that consultations were currently underway on the issue.

Although hotels were not allowed to welcome local residents under the previous regime, hoteliers – who have in the past called for a green pass to allow them to open to locals – believe it ‘a matter of course’ that they would be covered by the new rules, Rousounides said.

He said that although hotels have received no official word from the government, they were working on the premise that relaxation of the current lockdown would mean that they can cater not just for non-residents.

“All hotels adhere to the rules and health protocols and as experience has shown us from last year when there were no problems or clusters of cases, they offer an opportunity for safe and enjoyable holidays,” he said.

Locals can, once the rules change, make use of the packages drawn up by the deputy tourism ministry and hotels with special prices for local residents, he said adding that he expected hotels would be making special offers for the summer as well.

Asked about incoming tourism, Roussounides said there was interest from abroad, but it was important to improve Cyprus’ epidemiological picture, particularly as regards the absolute number of cases.

“Our positivity rate is better than many countries and we hope that as a result of vaccinations and the restrictive measures, there will be improvement in the numbers by the end of May.”