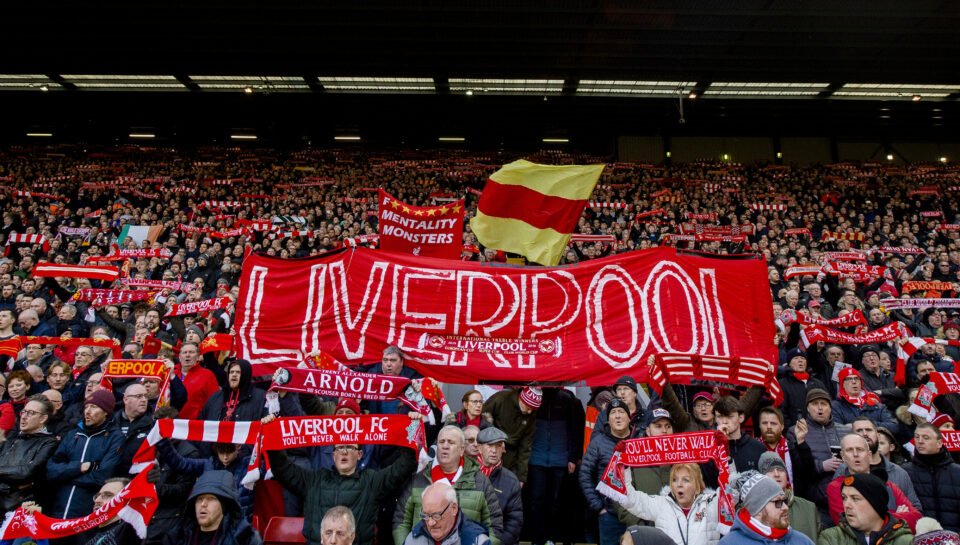 A general View of the Kop at Anfield before a game

Supporters’ group Spirit of Shankly is hopeful its first meeting with Liverpool’s hierarchy will lead to the repairing of relationships fractured by the club’s involvement in the failed European Super League.

Members of the group will sit down with Reds chief executive Billy Hogan and other club representatives on Tuesday to discuss how to move forward after the growing disconnect between board and fan-base peaked with plans for a ‘big six’ breakaway.

“It is an encouraging first step as the club attempt to restore fans’ faith and need for positive change,” said an SOS statement, which expects talks to continue in the coming weeks.

Liverpool are the first of the rebel clubs to publicly agree to meet fans, brought about after SoS wrote to Hogan with the results of a survey in which members overwhelmingly (89 per cent) called for greater engagement and supporter-led representation at board level.

Responding to the group, Hogan wrote: “It is positive that SOS has opted to re-engage with the club as it will allow the necessary conversations to take place, for views to be aired and, hopefully, for workable solutions to be found in keeping with the best interests of the club.”

Five tips for parents to bolster communication with teens