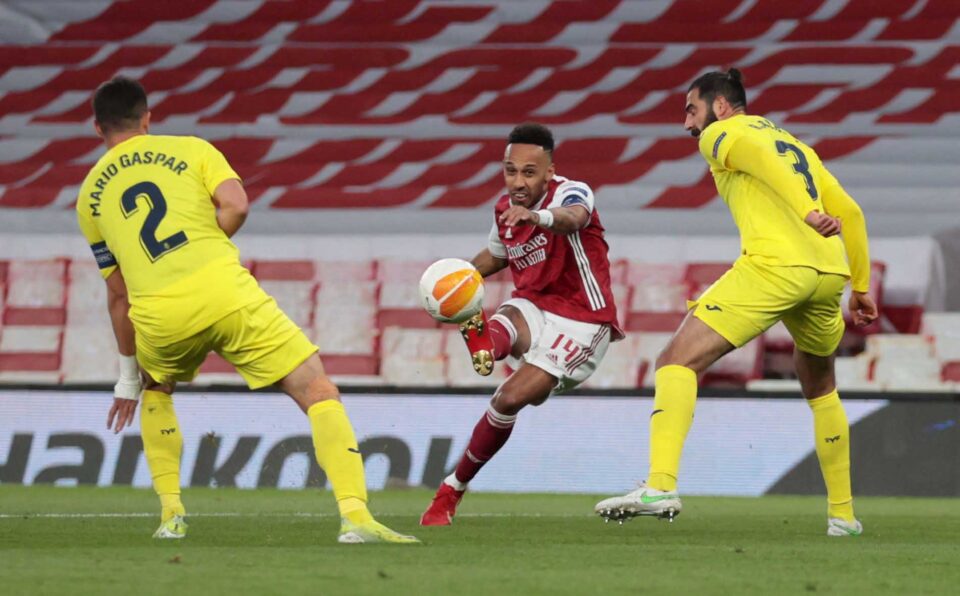 Villarreal held out for a 0-0 draw on a nerve-jangling night away to Arsenal to reach the Europa League final on Thursday with a 2-1 aggregate victory.

The Spanish side protected their first-leg advantage with a disciplined display, riding their luck at times with Pierre-Emerick Aubameyang twice hitting the post for the hosts.

Villarreal survived five minutes of stoppage time as Arsenal tried in vain to keep their season alive, celebrating wildly at the end as the club reached their first European final.

It was a momentous night for Villarreal manager Unai Emery who was sacked by Arsenal in 2019. He now has the chance to win the Europa League for a fourth time when Villarreal take on Manchester United in the final in Gdansk later this month.

Elsewhere, Ole Gunnar Solskjaer reached a major final as Manchester United manager for the first time after a 3-2 defeat to AS Roma at the Stadio Olimpico was enough to earn his side an 8-5 aggregate win in the Europa League semi-finals on Thursday.

The Norwegian had lost his last four semi-finals during his Old Trafford reign and despite Thursday’s defeat in Rome, his side progressed comfortably thanks to last week’s commanding 6-2 first leg win.

Edinson Cavani fired home a powerful finish after 39 minutes to open the scoring, but Roma found the net twice in the space of three second-half minutes through Edin Dzeko and Bryan Cristante to turn the game on its head.

United had goalkeeper David de Gea to thank for not going further behind as the Spaniard produced a string of superb saves.

Cavani headed the visitors level but 19-year-old debutant Nicola Zalewski’s shot took a big deflection off Alex Telles to beat De Gea as Roma secured the win on the night — but it was United who were left celebrating at the final whistle.

Our View: We’ve moved from one set of restrictions to another