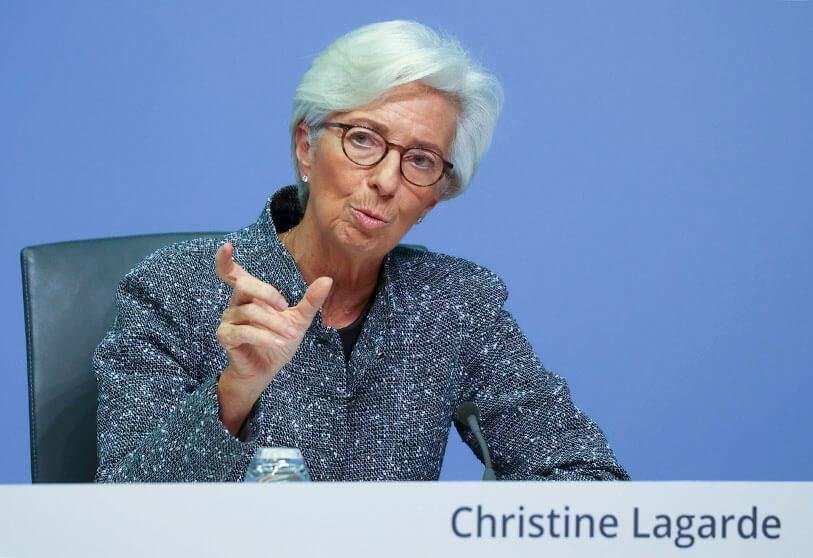 "Only this much price inflation," says ECB President Christine Lagarde

Europe’s consumers will feel the hit from price rises this year as companies seek to recoup revenues and cover pandemic-related costs. But for now, this is inflation the European Central Bank believes it can live with.

Over the past year, the fallout from Covid-19 has contorted both the demand and supply sides of the global economy, creating bottlenecks in supply chains, havoc in freight markets and a rally in raw materials from corn to copper.

Lockdowns, meanwhile, have deprived well-off consumers in Europe and elsewhere of the opportunities to spend their cash, creating record levels of savings and a window of opportunity for companies to push through price increases.

While US inflation fears mount in the wake of President Joe Biden’s massive stimulus plans – prompting Treasury Secretary Janet Yellen to clarify this week that she sees no problem brewing – things look different in a European economy still weighed down by coronavirus restrictions.

On the surface, there is a perfect storm for price pressures to keep building as the region finally enters a recovery.

Even after stripping out energy, euro zone producer prices in March recorded a year-on-year increase of 2.3 per cent, nearly double the gains seen in February. Typically, price rises at factory gates end up being passed onto consumers.

Moreover, those same consumers look more than ready to spend. Euro zone retail sales were up 2.7 per cent month-on-month in March, a 12 per cent surge from a year ago.

This could be music to the ears of companies whose revenue or profit has been hit by the pandemic fallout in the shape of travel restrictions, supply chain bottlenecks or global shortages of components such as semiconductors.

Germany’s Lufthansa signalled that despite competition from low-cost rivals, it and other airlines would no longer offer the kind of discounts that were common before the pandemic ravaged the industry.

“Early bookers may get good deals. But in the medium term there will be very disciplined prices because airlines can ill-afford high rebates and low fares as before,” Chief Executive Carsten Spohr said in a call about first-quarter results.

Germany’s BASF, the world’s largest chemicals and plastics maker by sales, said raw materials prices were higher than expected but it lifted its profit outlook because it was confidently passing those costs on to customers.

Other companies in Europe’s manufacturing powerhouse have been equally clear about the scope for price rises.

In the premium auto sector, the argument runs that the chip shortage has hit car production and cancelled out excess supply, which might have led to offers to shift stock in the past.

Germany’s BMW for one said this week it was able to lift prices in the first quarter.

Elsewhere, price rises are planned to pay for investment in the post-pandemic world. Dutch telecoms firm KPN said it was raising retail internet rates by 2.9%, a good percentage point above inflation, to pay for network upgrades.

This could be seen as the kind of reflation story told to justify a scaling down of ECB support for the euro economy. But that’s a narrative the bank wants to avoid for now.

Year-on-year inflation stood at 1.6 per cent in April, comfortably below its near-2 per cent target and it was only in that region because of a 10.3 per cent surge in energy prices. Strip that out and core inflation was just 0.8 per cent year-on-year, down from 1.0 per cent in March.

While the ECB acknowledges that the time could be ripe for manufacturers to pass on higher costs, it believes the impact on consumers will be a one-off and limited.

In a blog last month, its chief economist Philip Lane cited staff estimates that the 38 per cent increase in global basic metal prices between June 2020 and January 2021 would only add about 1.5 per cent to economy-wide output prices.

A massive 355 per cent increase in freight costs from China to the euro area over the same period would in itself lead to just a 0.3 per cent rise euro area output prices, he said.

“This indicates that the likely impact in turn on consumer prices would be overall very limited,” he concluded, citing a weak correlation between producer and consumer prices.

The overall context of the European economy remains fragile, moreover. In its first-quarter earnings report, consumer goods giant Unilever noted that prices had actually weakened in Europe thanks to a “deflationary retail environment”.

Likewise, BMW observed that pricing for new cars now is much stronger in the United States than Europe, where prices are about the same as last year.

It is also unclear whether savings amassed by European consumers will immediately be released into the economy as it reopens, as the money is mostly in the hands of the more affluent, who have the luxury of choosing their moment to buy.

As German lender Commerzbank said in a research note this week, it is hard to see how inflation can pick up steam until wages start to rise strongly – for which there is little evidence at the moment.

At the last ECB Governing Council meeting in April, policymakers agreed that current price pressures would “fade out” of the annual inflation picture early next year.

For now, they see no reason to change that view.