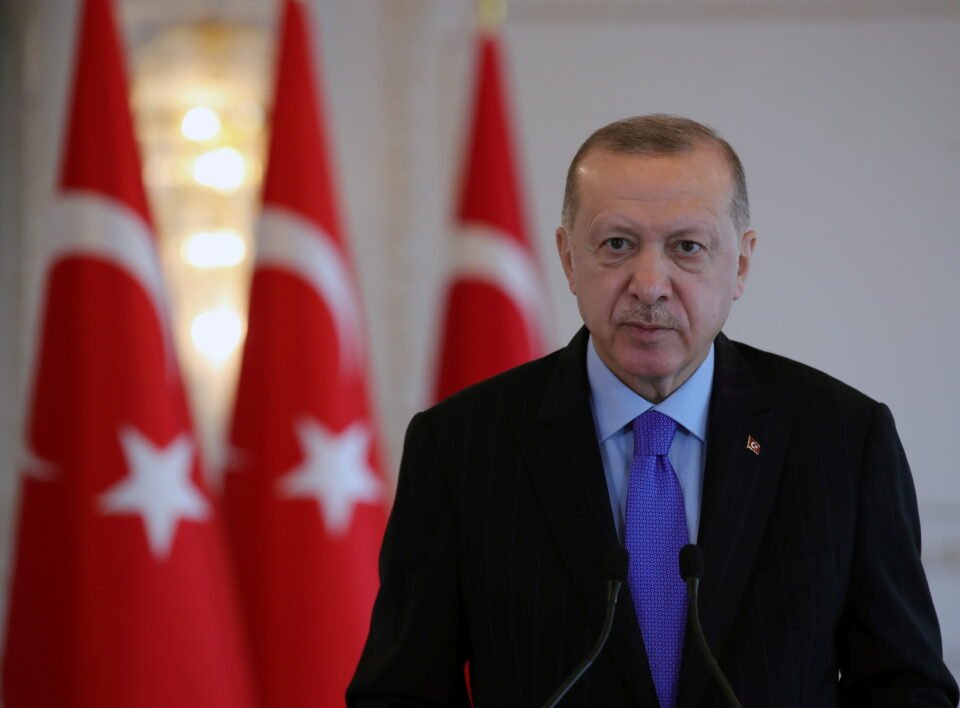 Even though Ankara’s aggressive actions have stopped, the rhetoric has not changed.

The European Council meeting at the end of March asked Turkey to refrain from provocative actions against Cyprus and Greece and agreed to a “phased, proportionate and reversible” relaunch of cooperation with Turkey.

In addition, since then Turkey has been preoccupied with the twin impacts of a rampant spread of Covid-19 and spiraling economic problems. So far, the country has had about 5 million confirmed Covid-19 cases, still running at 7-day average exceeding 25,000, and about 42,500 deaths, forcing the government to announce new, severe, restrictions and closures.

This and government mishandling of the economy has led to rising inflation, exceeding 17 per cent in April and expected to continue into double digits next year, and a collapse of the lira, now at about 8.3 to the US dollar.

But these have not stopped Turkey from pursuing its policies of redefining exclusive economic zones (EEZs) in the East Med, to the detriment of Cyprus and Greece. It is still pushing for its own version of defining continental shelves and it is offering this as a carrot in its attempts to re-establish diplomatic relations with Israel and Egypt in an attempt to break the alliance between Greece, Cyprus, Israel and Egypt – now including the UAE.

The EU has been engulfed in its own Covid-19 drama, with a slow progress on vaccinations and continuation of restrictive measures on peoples movement. The impact of this is slow economic recovery, way behind its main competitors China and the US. 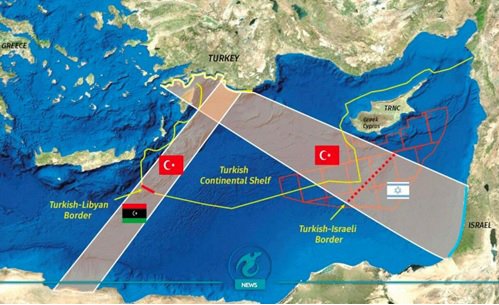 The EU prefers to look at the positive aspects of its relations with Turkey, seeing the cessation of aggressive actions – that characterised much of 2020 – as promising, despite the fact that Turkey is not taking any constructive steps to resolve its East Med EEZ disputes and unreasonable demands, or its disputes with Greece and Cyprus. Even though aggressive actions have stopped, the rhetoric has not changed.

It remains to be seen what the impact of the new US Administration under President Biden is going to be. However, so far it has been taking a tough approach to Turkey’s purchase of the S-400s from Russia – applying sanctions. In addition, President Biden went ahead with his recognition of the 1915 Armenian massacres as genocide, infuriating President Erdogan.

Secretary of State, Antony Blinken, has gone record to say that Turkey is not acting as an ally and criticising its provocative activities in the East Med, asking for their peaceful resolution according to international law. At a meeting with Turkey’s foreign minister Melvut Cavusoglu in March, he expressed strong support for the ongoing exploratory talks between Turkey and Greece, even though so far these are not producing any visible progress.

Libya’s position on its maritime demarcation accord with Turkey remains ambivalent. The prime-minister of the new interim Libyan government, Abdul Hamid Dbeibah, confirmed at a meeting in April in Ankara with President Erdogan his support of this accord – even though it has not been ratified by the Libyan parliament – despite its widespread international condemnation. He said that said the deal serves the national interests of both Libya and Turkey.

However, Dbeibah has also been trying to strike a balance between Turkey and Greece. He said that it is important to start a dialogue that would take into account of the interests of all involved parties. He said his government is willing to establish a joint Libyan-Greek committee to resume negotiations to set the maritime boundary between the two countries.

At a meeting with prime-minister Dbeibah in Tripoli mid-April, prime-minister Mitsotakis said “I welcome your willingness to discuss the delimitation of our maritime zones.”

The president of the new Libyan Presidential Council, Mohamed al-Menfi, agreed with Mitsotakis to hold talks to demarcate their EEZs, to be led by the foreign ministers of the two countries. Mitsotakis emphasised the importance that Greece attaches to the cancellation of the Turkish-Libyan maritime accord.

In addition to renewed efforts to re-establish diplomatic relations, Turkey has been making overtures to Israel for a bilateral EEZ agreement, modelled on its accord with Libya, completely disrespecting Cyprus’ existence and rights. The carrot is that through this ownership of most gas-field discovered in Cyprus EEZ, including Aphrodite, will switch to Israel.

Not only this is preposterous, but it completely ignores the UN law of the seas. Claiming that Turkey shares an EEZ with Israel is more than far-fetched – it is baseless.

However, Israel has made it absolutely clear that any proposal that comes at the expense of Cyprus is a non-starter. Israel stands fully behind its EEZ agreement with Cyprus.

Turkey is putting particular emphasis on normalising its relationship with Egypt. This culminated with meetings in Cairo on 5 and 6 May led by their respective deputy foreign ministers. In addition to the conflict in Libya, where they are backing competing factions, the discussions included the strained security situation in the East Med, including maritime borders.

Turkey has offered Egypt a maritime treaty delineating their respective EEZs based on Turkey’s accord with Libya and ignoring the rights of Cyprus to its internationally recognised EEZ. Based on this, and according to Turkey, a huge part of the East Med could be added to Egypt’s EEZ, currently part of Cyprus EEZ. This has been followed by massive ‘fake news’ by pro-government media in Turkey that the two countries may sign a deal on maritime demarcation.

However, so far, even though it is cautiously considering Turkey’s push to re-establish diplomatic relations, Egypt is responding very cautiously to Turkey’s overtures, and certainly not to those related to EEZs.

President Sisi remains a strong supporter of the bilateral relations and close cooperation between the two countries, including their EEZ delineation agreement signed last year. Even though re-establishment of relations between the countries may happen in the longer-term, this does not include EEZs.

Turkey is going nowhere with its unilateral and discredited EEZ claims in the East Med, not based on international law. Its overtures to other countries in the region are unheeded. The only way forward is agreement through negotiation based on the UN law of the seas. Hopefully, with the support of the new US Administration, this will eventually prevail, avoiding further, future, unilateral aggressive actions in the region.

The new found confidence of Greece as it emerges from the ravages of Covid-19 and its economic problems was recently emphasised by prime-minister Mitsotakis who said “this is a country that exudes a new sense of confidence,” adding that “we have now left behind us the years of crisis.” This is guiding Greece’s reset, including its position towards and relations with Turkey. This is much-needed in the long struggle to arrive to a new equilibrium between the two countries.

Sadly, this cannot be said about Cyprus that lingers in the aftermath of endemic corruption and missed opportunities. We can only but hope that coming out of Covid-19 the country will find its way.

Why exceptional multi-taskers are a scientific anomaly

15 cases of sexual abuse, harassment have been sent to court