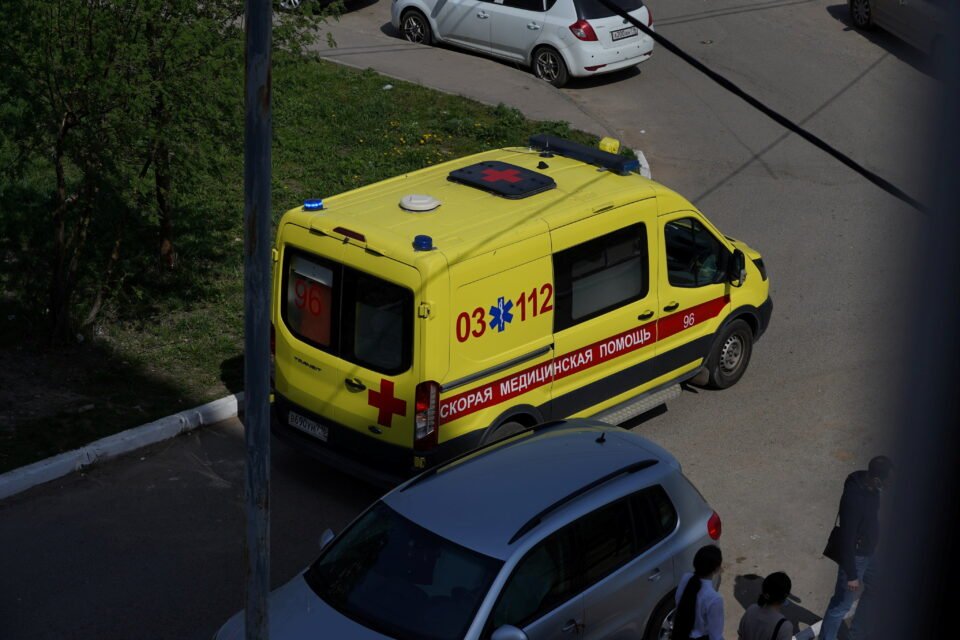 Ambulance is pictured after a deadly shooting at School Number 175 in Kazan, Tatarstan, Russia May 11, 2021 in this image obtained from social media. Courtesy of Max Zareckiy via REUTERS THIS IMAGE HAS BEEN SUPPLIED BY A THIRD PARTY. NO RESALES. NO ARCHIVES. MANDATORY CREDIT

Nine people have been killed and four are in hospital after a school shooting in the Russian city of Kazan, the RIA news agency reported on Tuesday, citing the emergency services ministry.

There were conflicting reports about the situation, with some Russian news agencies reporting two teenage gunmen were involved and others saying one was involved.

RIA said one gunman had ben detained and said an explosion had been heard at the school. It was not immediately clear what the motive for the attack was.

Video footage shared on social media showed emergency service vehicles parked outside the school, with people running towards the building. Other videos showed broken windows with debris outside.