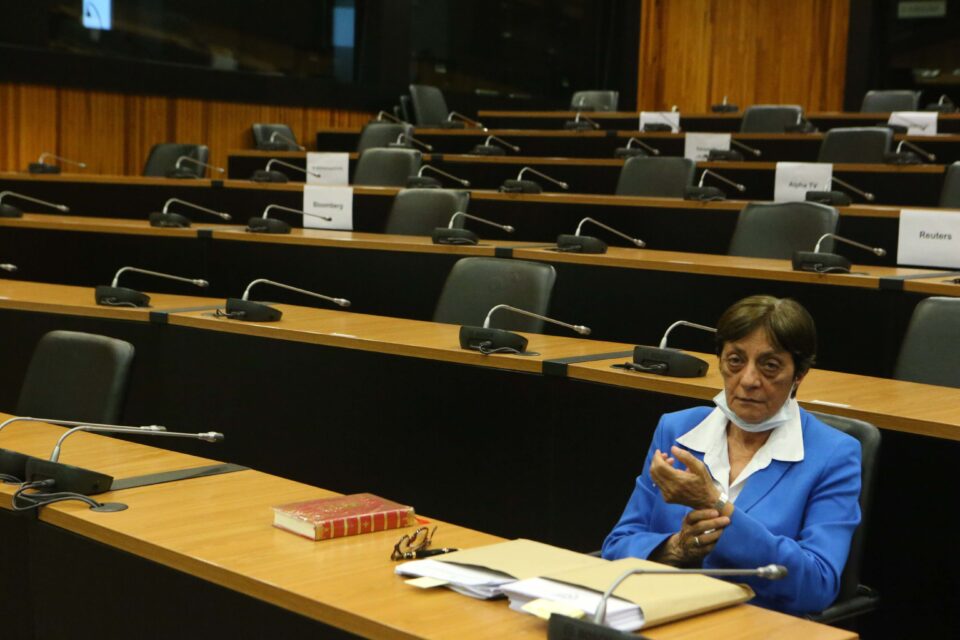 Political meddling aimed at speeding up applications by foreign nationals under the citizenship-by-investment (CBI) scheme was quite commonplace, the former head of the migration department said on Tuesday.

Anni Shakalli, formerly the head of the Civil Registry and Migration Department, was testifying before a committee of inquiry appointed to investigate the passports programme from its inception in 2007 through to 2020.

During the time that CBI came under her ambit, she claimed, she was never the recipient of political interference.

That did not mean such interference did not take place but, whenever it did, it happened at “a higher level” than her position.

Shakalli said she was simply following instructions, adding that it was “a very common phenomenon” for letters to be sent to the (interior) minister asking for naturalisation applications to be sped up.

From 2007 to 2011, when she was in charge of naturalisations by exemption, a total of 91 such applications were approved.

In 2011, the interior minister at the time took jurisdiction on these matters away from her department and transferred it to the minister’s office and to the ministry’s permanent secretary.

This move by the minister had to do with the fact their relations were not good. She and the minister used to disagree on matters regarding the interpretation and implementation of the law and the powers of the interior minister.

On several occasions, the witness told the panel, she had questioned the minister’s instructions and sought legal advice from the attorney-general’s office. In doing so, in some cases she succeeded in overturning ministerial orders.

Among the subjects she and the minister did not see eye to eye on, were the implementation of the Green Line Regulation as well as the practice of registering spouses of foreign nationals regardless of their illegal stay in the Republic. Regarding the latter, the minister’s instructions were countermanded by the attorney-general.

The former official also said that in 2007 the minister had brought disciplinary proceedings against her for four alleged offences. In Shakallis’ opinion, these proceedings were deliberate.

She was accused, for instance, of disobeying orders from the interior minister and the president. Ultimately, she was found guilty only of a minor infraction – going to work late – and was handed a severe reprimand.

In 2014, Shakalli went on to say, she was seconded to the interior ministry because, as the then minister told her, her decisions were creating a “political cost” for the government.

She said her various decisions had brought her into antagonism with colleges and migrant support groups, as a result of which she got bad coverage in the media.

“Rumours circulated that I was a racist,” she said.

Regarding the criteria certifying a CBI applicant’s sound character, Shakalli said that up until 2011 this consisted of a clean criminal record.

Later on, additional evidence came to light that led to revoking that particular citizenship.

More broadly, Shakalli stated that the cabinet operated on the assumption it had discretionary powers to decide on naturalisations so the cabinet itself did not feel there was a legal vacuum.

It was under this rationale that the cabinet considered that the naturalisation of spouses and children was lawful.

During the time she supervised the CBI, Shakalli conceded that mistakes or omissions were made, but not intentionally.

The committee of inquiry has resumed its hearings after issuing an interim report, finding that throughout the years the passport programme had operated “without proper legal guidance” and documenting a litany of irregularities and outright unlawful practices.

The heavily-redacted 500-plus page dossier noted that from 2007 through to August 17, 2020, a total of 6,779 citizenships were granted to foreign investors and family members, as well as to managers of companies investing in Cyprus.

Of these, 48.19 per cent related to investors/businesspeople, 33.90 per cent to spouses, and 17.91 per cent to the applicants’ adult offspring and other relatives. Meaning that the majority of passports – 51.81 per cent – related to family members. This latter practice was not explicitly provided for by the enabling law.

The government nixed the programme in November 2020 shortly after the al Jazeera network aired an undercover video showing three Cypriots apparently assisting a pretend Chinese businessman with a criminal record secure a passport.

Coronavirus: Turkish Cypriots say not being given fair share of vaccines