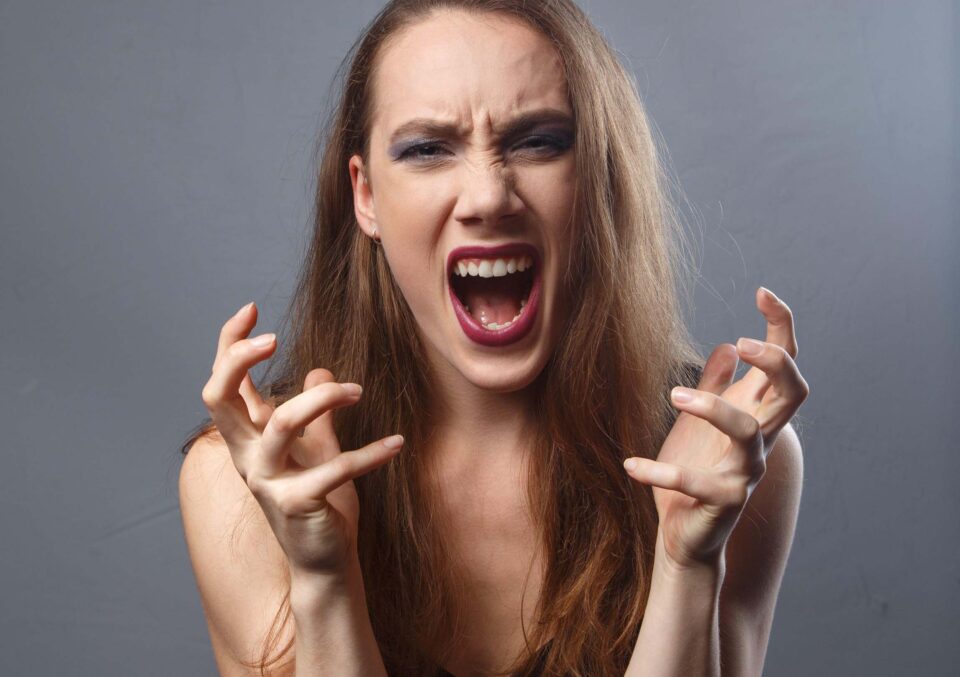 I’m standing in my bathroom with a towel plugging the gap under the door, while I tentatively yell into a pillow, eventually building up the confidence to belt out a scream at the top of my lungs.

Aside from hoping the neighbours don’t call the police, I’m trying to find out whether screaming has any benefits for relieving stress. Ever felt so annoyed that you just want to just shout and break stuff? Well, it’s now a type of alternative therapy.

And given that around a quarter of us will experience a mental health issue at some point, and rates of stress and anxiety being so high, it’s no surprise alternative therapies like this are growing in popularity – even Kanye West has talked about benefitting from it, telling The New York Times that taking part in a ‘screaming treatment’ allowed him to release repressed emotions.

The concept that screaming could have therapeutic benefits was popularised in the 1970s by psychotherapist Arthur Janov, who was notable for having two famous patients: John Lennon and Yoko Ono.

Dr Janov believed screaming is a primal urge that takes us back to our childhood state, where we might be holding onto repressed trauma. By taking part in so-called primal scream therapy, we can revisit and release these pent up emotions through giving voice to them.

In recent years, many psychologists have questioned the effectiveness of the therapy, and it’s not widely considered as an accepted form of psycho-social intervention. But that doesn’t mean it’s completely useless, and there may be benefits to practising it alongside evidence-based therapies like CBT (cognitive behavioural therapy).

Used to deal with rage and anger, senior lecturer in psychology at Birmingham City University Dr Rebecca Semmens-Wheeler says it is important to differentiate between the two terms. “Anger is a basic human emotion, whereas rage is the expression of that anger through physical aggression or violence.”

Although we don’t enjoy feeling angry, she says it’s actually a very useful feeling that can prompt us to make healthy changes. “Anger can be a really motivating emotion, and temporary, short-term increases in blood pressure aren’t a bad thing, as they help to kickstart the fight-or-flight response” – which occurs in response to a perceived harmful event or threat to our survival.

Essentially, she believes it’s a necessary emotion for maintaining our wellbeing – and while we might not need to spring into action to fight lions, tigers and bears in the modern world, anger can alert us to when our emotional boundaries have been crossed.

There’s no doubt screaming can feel good. Much like having a good cry when everything gets a bit too much, my scream session is cathartic and leaves me feeling self-soothed afterwards.

“There is some research from the University of Derby that found that when people experience physical pain, shouting out loud can help to relieve the hurt,” says Semmens-Wheeler.

“I think these kinds of practices would be of most benefit to people who supress their emotions and struggle to express anger,” she adds. “It’s not the healthiest way over the long-term to express emotion, but to be invited to explore these emotions in a way where there won’t be negative consequences, could feel empowering to some.”

“We intuitively feel that releasing our rage should help us to achieve a sense of balance and allow us to regulate our emotions,” adds deputy head of psychology and computer science at University of Central Lancashire Dr Sarita Robinson.

“However, research in this area has provided mixed findings. In some cases, acting aggressively in order to release negative emotions can actually makes us feel worse. In fact, by using a ‘rage room’, you could be conditioning yourself to become aggressive the next time you feel stressed, angry or frustrated.”

Semmens-Wheeler adds: “I think it’s fine as a one-off but it should be seen as a suite of practices to help manage the anger, rather than an end in itself. If you keep practicing rage, it reinforces that behaviour, and I don’t think normalising rage and aggression is necessarily a healthy thing to do.”

Experiencing long-term anger isn’t good for either the body or the mind. Semmens-Wheeler says you need to start looking at the underlying issues that are causing you to feel this way.

Although my scream session felt good, it didn’t necessarily change anything about why I was feeling angry, so it’s easy to see how you can get stuck in a pattern of anger that affects your day-to-day wellbeing.

And if you’re struggling to address what’s actually causing you to feel angry? “Through practising things like mindfulness, you can become aware of the triggers that are causing these repeated episodes of anger, which is a better long-term strategy for managing it,” says Semmens-Wheeler.

The bottom line? Screaming and throwing a tantrum won’t solve all your problems, but if you’re having a one-off bad morning and fancy blowing off some steam, a quick shouting session in the shower won’t do you any harm.