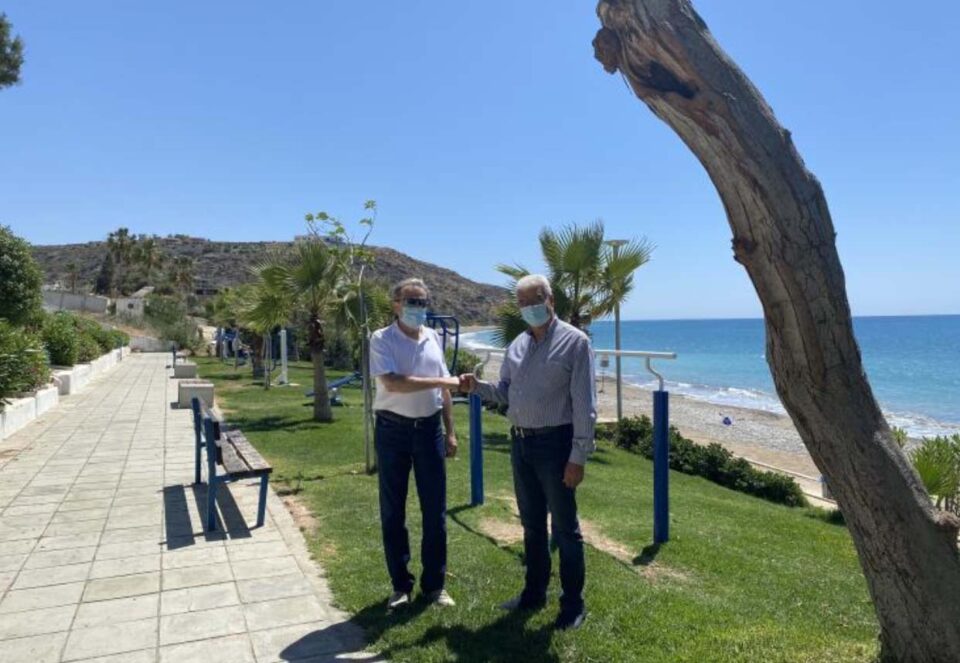 Pissouri beach got a brand new outdoor gym earlier this week, the Limassol tourism board (Etal) announced on Thursday.

The gym was installed in a selected spot on the coast with landscaping from the Pissouri community council, Etal said, adding that the equipment has been positioned in a row with a view of the sea.

The results are “spectacular, with hundreds of locals and visitors reaping the benefits of exercising by the waves at all hours of the day,” the announcement continued.

The project was officially handed over on Wednesday by Etal director Tony Antoniou, with Pissouri community leader Lazaros Lazarou thanking Etal on behalf of the community for its “generous contribution to the upgrading of the area,” pledging to upkeep with the gym’s maintenance.

Antoniou pointed out that Etal started installing outdoor gyms around Limassol about a year ago, with three projects handed over within the district so far.

Projects such as this one are sponsored by the deputy ministry of tourism, he added, pointing out Pissouri’s importance as a tourist destination. This, he said, warrants continuous efforts to upgrade the area.

Justice minister speaks out against corruption