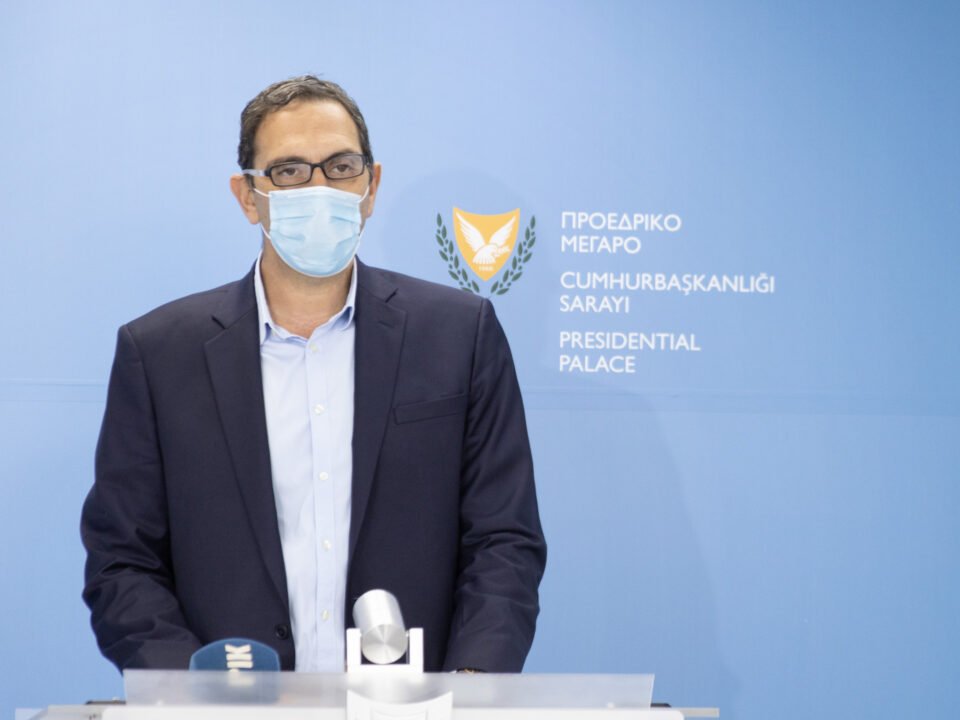 A SafePass will no longer be required for outdoor activities, Health Minister Constantinos Ioannou announced on Friday as part of further relaxations of coronavirus measures.

The relaxations, announced after a meeting of cabinet, will be in force as of Monday, May 17.

The minister, citing the improved epidemiological picture and the increased number of people vaccinated against Covid-19 in Cyprus, also announced the extension of the curfew to midnight from 11pm.

The SafePass, enforced this week, will no longer be required to visit outdoor seating areas of cafés, restaurants and bars as well as outdoor theatres and cinemas. Hospitality sector owners, who had previously slammed the government for the measure, arguing the restriction discourages people from visiting their establishments, on Friday expressed their satisfaction over the relaxations.

However, the pass will remain as a requirement for anyone aged 12 and over to visit indoor hospitality venues with the Cyprus’ association for recreation centre owners (Pasika) calling for an earlier reopening of inside seating areas than June 1.

The minister said a SafePass will also be required to visit gyms, theatres, shopping malls, hotels and places of worship among other crowded places as well as old peoples homes.

“The implementation of the SafePass provides us with additional security especially in indoor gathering places,” the minister added, pending the increase of the number of people allowed inside some places from Monday, including 30 per cent capacity in places of worship and casinos.

Events such as weddings, baptisms, funerals and conferences will also be allowed with a maximum of 200 people provided they are seated, and the number does not exceed 30 per cent of the space’s capacity.

The operation of outside entertainment parks and playgrounds will also be allowed starting May 17.

Capacity of theatres and cinemas is set at 50 people or 30 per cent indoors and 50 per cent outdoors.

Private and state businesses can operate with the physical presence of up to 50 per cent of their employees, abiding by the health protocols while the rest may continue working remotely. Half of the workers going to work must either have a negative coronavirus test or have received at least the first dose of the coronavirus vaccine three weeks prior.

Businesses deemed essential are excluded from these restrictions.

Further relaxations concerning the sports sector are also expected to be announced by the Cyprus sports organisation later in the day.

On June 10, nightclubs will reopen with a strict health protocol to be announced at a later stage. The decision was announced for preparation purposes and will be implemented given the continuation of the vaccination coverage, Ioannou said. The health ministry aims to vaccinate 60 per cent of the eligible population by the end of June.

“The implementation of the lockdown in the previous two weeks brought the desired results,” Ioannou said.

He thanked the public for “the enormous sacrifices they made in all aspects of their life over the last 15 months”.

The nationwide lockdown was lifted on May 10, with the number of cases, the percentage of positivity and the number of admissions to hospitals showing a significant decrease, the minister added.

Cyprus’ daily tally of Covid-19 cases hit a negative record of 941 on April 20, while they are now in the 200s. Hospitals nationwide, previously nearing full capacity have also reported fewer number of patients.

The psychological state of residents was also taken into account for the relaxations, Ioannou added.

Decisions were taken following consultation with the epidemiologists, a member of the ministry of health’s scientific advisory team Zoe Pana who spoke after the announcement of relaxations told the CyBC.

But the head of the advisory team said it is too early to proceed to additional relaxations, only four days after the lift of lockdown.

“We have not yet seen the effects or even how this phase works… It’s too early to proceed with relaxations,” Constantinos Tsioutis told Politis radio.

However, Pana insisted the measures are reasonable, since locals proved they can support the state’s efforts in preventing the spread of the virus.

Cyprus had enforced the SMS system, forcing people to text 8998 to explain the reason for their movement prior going out since November, 2020 alongside a curfew and other restrictions.

The SMS system was lifted on May 10 with the implementation of the SafePass.

To ensure a SafePass, people must either have proof they recovered from Covid-19 in the past six months, present a certificate of vaccination with at least one dose three weeks prior or the negative result of a test taken in the past 72 hours.