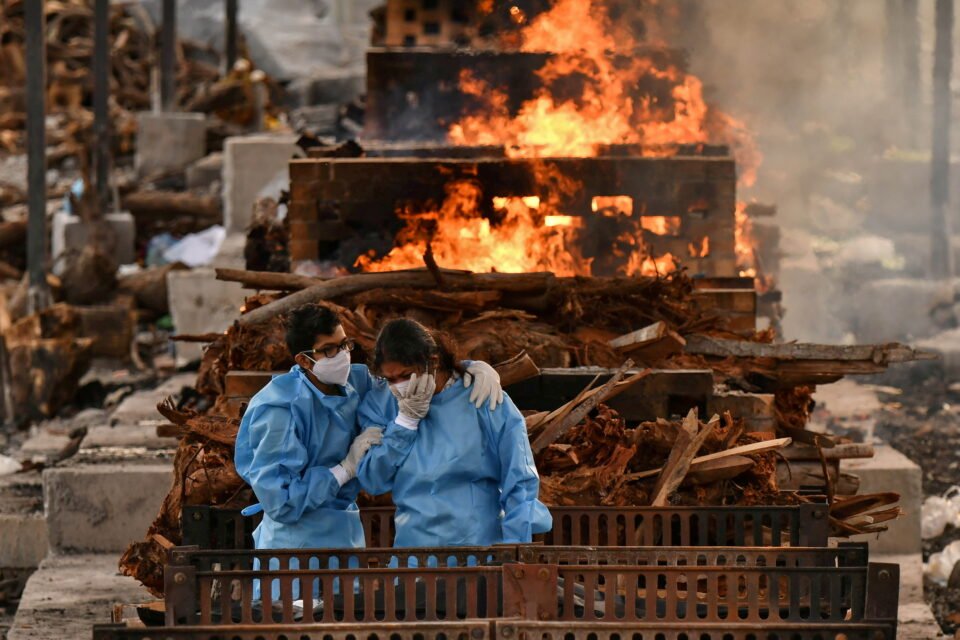 Family members of Vijay Raju, who died due to the coronavirus disease, mourn before his cremation

By Manas Mishra and Swati Bhat

India reported a smaller rise in daily coronavirus infections on Saturday, but deaths stayed near the 4,000 mark, with the World Health Organisation warning that the second year of the pandemic could be worse than the first.

Over the past 24 hours, India had 326,098 new coronavirus infections for its lowest rise in nearly three weeks, taking the tally to 24.37 million, along with 3,890 deaths.

But the slow growth may reflect lower test rates, which are at their lowest since May 9.

In Geneva, the World Health Organization’s chief said the second year of the pandemic was set to be more deadly than the first, with India a huge concern.

Tedros Adhanom Ghebreyesus’s remarks to an online meeting on Friday came after Indian Prime Minister Narendra Modi sounded the alarm over the rapid spread of the disease through the vast countryside.

During the past week, the south Asian nation has added about 1.7 million new cases and more than 20,000 deaths. Its death toll stands at 266,207, health ministry data shows.

British Prime Minister Boris Johnson said his country would accelerate its vaccination programme, to try to contain a fast-spreading Indian variant that could knock off-track the re-opening of Britain’s economy.

Johnson’s comments came soon after India accepted a government panel’s recommendation for a longer gap of 12 to 16 weeks between the first and second dose of the AstraZeneca vaccine, from six to eight weeks now.

Cases have fallen steadily in states hit by an initial surge in infections, such as the richest state of Maharashtra and the northern state of Delhi, after they imposed stringent lockdowns.

But the eastern state of West Bengal, which held elections recently, experienced its biggest single-day spike, suggesting a fall in the overall caseload may take a while.

Infections in Modi’s western home state of Gujarat fell below 10,000 after four straight weeks but officials warned against any relaxation in curbs until they return to levels seen before the breakout of India’s second wave in mid-February.