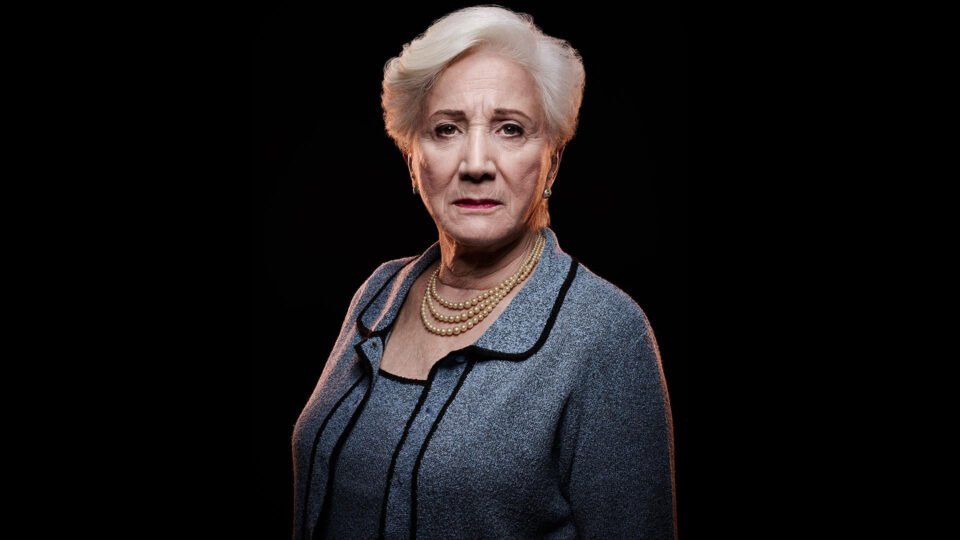 I was first introduced to Olympia Dukakis in the early 1990s at my local video store in Johannesburg, long before subscription-based streaming services came in and drove such shops out of business. My father had recently purchased a VHS video recorder, and there was excitement in the air as we spent hours working through the vast selection of movies, from the mainstream to the bizarre foreign imports, that helped shape our formative film-watching years.

The war between Betamax and VHS was in full swing, which ultimately led to us choosing Steel Magnolias, an American comedy-drama directed by Herbert Ross, over Lethal Weapon 2, which was one of the highest-grossing films at the time; every available copy was ‘out’ and there was a six-week waiting list for it. Despite our frustration of having to endure an evening of a chick-flick in front of our bulky television set, a rented video and a large pizza was a Friday night tradition that brought the family together.

Steel Magnolias revolves around six small-town Louisiana women who gather regularly at a local beauty salon to gossip about the latest goings-on; a true story and a brilliant depiction of friendship that manages to be witty, warm, uplifting, and utterly heart-rending. Dropping pearls of southern wisdom, Sally Field, Shirley MacLaine, Dolly Parton, Olympia Dukakis, Julia Roberts and Daryl Hannah cleverly combine irony and sarcasm, but Dukakis’ memorable lines, such as “the only thing that separates us from the animals is our ability to accessorise,” and “If you can’t say anything nice about anybody, come sit by me,” steal the show.

Perhaps it was her Greek heritage, or her distinguished career in theatre, both as a performer and as a director, that first drew me to her. Best known for playing characters who were worldly wise and world-weary, Dukakis was a veteran of the stage with a long list of film and television credits. Her performance in Norman Jewison’s romantic classic Moonstruck as Cher’s sardonic mother earned her a supporting Oscar, and a Golden Globe and a Bafta nomination.

Dukakis, who died on May 1, was a woman of fibre that threw herself into her career. She taught drama at New York University for more than 15 years and was a founding member of two regional theatres. The most important thing for her was always the audience. The only thing that really mattered to her was that those watching the action on stage have an experience that was meaningful to them. A larger-than-life artist with an enormous generosity of spirit, she was always willing to meet her spectators after a performance, eager to talk openly about everything. That was the case for me in 2012, when I met her backstage at the Rialto Theatre in Limassol after a two-hour long monologue in the one-woman play Rose by Martin Sherman.

Rose tells the story of a woman who manages to survive a Nazi concentration camp. An unforgettable portrait of an 80-year-old who gazes back at her turbulent life, “Rose represents a higher symbol for every woman, every housewife, every wife and mother who is struggling to adopt the role they deserve throughout history,” Dukakis told me backstage in her dressing room. “Rose is the figure of a woman who is trying to find her place in the world,” she added.

Dukakis believed it was her legacy as a Greek to fight for justice. For many women, she was the spirit guide that helped individuals find their own voices. She was also a strong advocate for women’s rights and LGBT rights, including same-sex marriage.

In 2020, Dukakis became the subject of a documentary, an intimate and personal look through the eye of Cypriot director, writer and producer Harry Mavromichalis. Olympia is a detailed account of Dukakis’ life, from her early years as an up-and-coming stage actor to her award-winning performances, and her unending activism for a myriad of causes. According to Harry, he never dreamed of making a documentary about her but after watching a biopic about Carol Channing he was inspired to make the film. “It took several years of persuasion and tears, on my part, to finally convince Olympia to document her life and career,” he told me during an interview. “Through her brutal honesty and sincerity, Olympia compels us to confront our own shortcomings and differences by letting go, and move forward with defiant conviction,” he said.

When Dukakis saw Olympia for the first time, she was impressed with Harry’s candid, reflective and entertaining approach towards the film. “I didn’t know what I was expecting, but I was so moved. There was an honesty about the film that spoke to me. It was almost as if I saw myself through his eyes. I’ve never had that experience before,” she admitted.

Dukakis devoted much of her time and resources to the theatre, working on and offstage for more than 40 years. As a screen legend, she helped redefine cinema, and joins a legion of other Hollywood greats that have left an indelible mark on the motion-picture industry.