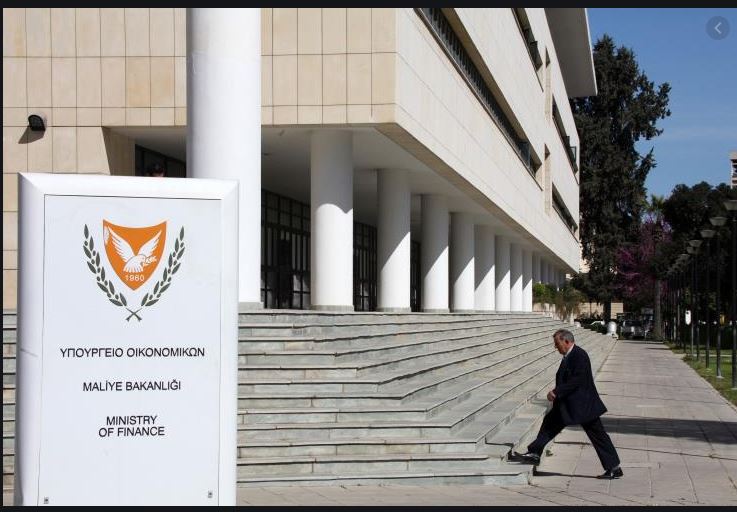 Some examples of funding

€40 million will go to SMEs and councils and communities

€20.5 million for energy efficiency for homes and renewables

€44.5 million for the management of crises at financial institutions

€94 million for education and improvement of skills learning

By Andrew Rosenbaum and Kyriacos Nicolaou

The details of the Cyprus plan for the European Recovery Fund have been revealed at a press conference by Finance Minister Constantinos Petrides on Wednesday.

“This is not from the Cypriot finance ministry, and this is not related to elections: This is straight from the European Commission,” the minister insisted.

“This entire initiative is not an invention of Cyprus; this is the EU’s answer on how the EU can bounce back from the pandemic and become even stronger than before. The Commission has provided guidelines, and we have been discussing with them for months,” Petrides said.

The plan itself is 1,000 pages long and will be published on the website http://www.cyprus-tomorrow.gov.cy/cypresidency/kyprostoavrio.nsf/home/home?opendocument   tomorrow.

There are 58 reforms, 76 investments, including 41 per cent related to green projects and 23 per cent for digital transition.

“There are 18 parts of the plan sent by the various Cyprus ministries to Brussels, and more are to follow.  We are turning this  vision into strategy and ultimately into an implementable programme with timelines and objectives.”

The plan will link Recovery Fund projects to private sector investment, the minister said; “Everything is costed.”

In terms of how private sector funds will be leveraged into the overall recovery effort, Petrides explained that the various programmes and schemes that will be enacted to encourage new business activity and investment from abroad, among other things, will in turn unlock private sector money by linking it with public funding.

For example, in a scheme where the government can provide a maximum amount of €120,000 with a 50 per cent cap on how much of the total proposed startup budget of the business it can sponsor, it can theoretically unlock an additional €120,000 from the private entities who will have to make up their share of the budget for the proposed enterprise.

But this is not just about funds. The true increase to GDP will come from reforms. It’s not just about pumping money. Reforms will improve the long term potential of Cyprus,” the minister said.

For example, a reform of tax law will involve climate-related taxation to incentivise businesses to decrease their carbon footprint.

“It is crucial that every part of the plan manages to leverage private funds. It is also crucial that private funds aren’t channelled towards ‘bubbles,’ but towards viable long-term projects. These three key factors are all aligned: Recovery fund, private sector funds, public funds”

The minister gives the following example: the €108 million in the recovery fund earmarked for the business sector will in turn unlock €170 million from the private sector — these are linked.

Another example is investment in GESY. “We are approaching two years since the implementation of GESY, and now €74.1 million will go to it, with projects like an antibiotics management system, for example, and there is €6.8 million dedicated to building a new mental health unit,” the minister said.

The plan is organised by five Pillars: Public healthcare, quick transition to Green economy, improvement of economic resilience and competitiveness; moving towards a digital age; employment, education and human resources.

For agriculture, halloumi production will be boosted; there will be improvement of the genetic makeup of sheep and goats in Cyprus; transition to the ‘Circular economy (reduce, re-use, recycle); “Taste of Cyprus” – criteria will be certified by Ministry of Tourism as traditional.

Digital transformation will include an overall upgrade of national infrastructure, along with the improvement of connectivity, increasing internet speeds in rural areas; and a complete overhaul of digital government.

For business, there will be a series of projects for SMEs, as well as upskilling and reskilling. Technical schools are also to be funded.

For education, reforms will include a teacher assessment system, a review of curricula and the improved integration of technology in education.

This is not a comprehensive list; with the publication of the full plan tomorrow, we will begin a series of analyses of the projects.

It is, however, important to understand that the plan is a joint EU-Cyprus project, and that many of the projects were conceived in Brussels before being adapted for our island.

“Which sectors will receive more weight? Why is this plan announced just before the elections and yet we seek to avoid any accusations of political strategizing,” the minister asked?

“We are sorry that we could not change the EU’s schedule. It’s is an oxymoron that parties which call themselves “European” and “EU-minded” have expressed concerns about this plan. This might be a ‘curse’ for the plan, that it is out at a time when Cyprus has elections. But the timeline for this plan is pan-European, not just for Cyprus. And why should it be viewed politically? All parties could have said “this is a national effort and we have contributed to it”. The government does not cease to operate during elections. Six months out of the year the country is in election mode. Should we stop working because it can be interpreted politically?” Petrides said.

In supplementary material provided during the finance minister’s presentation of the recovery plan, the government also acknowledged that there are certain challenges that lie ahead.

The two key challenges outlined are the optimal design and structuring of the recovery plan, as well as its submission and approval by the European Union.

The minister reiterated on several occasions that funds will only be unlocked if certain milestones are reached on time and as outlined in the submitted plan.

Cyprus has been repeatedly told that funds are immutably linked with the achievement of certain targets, objectives and milestones.