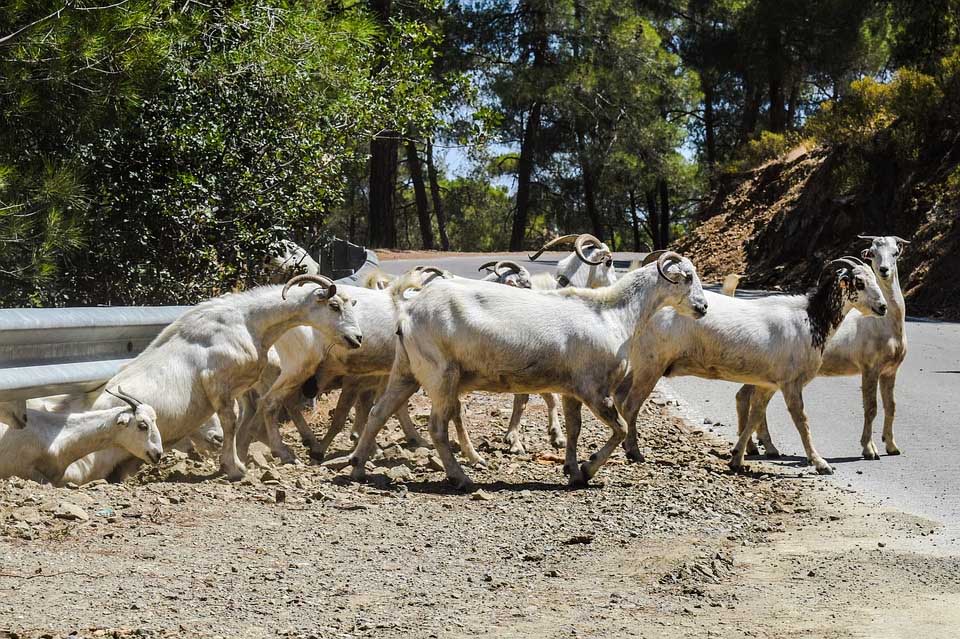 The British colonialists blamed roaming, chomping goats for the treeless state of the island and penned them in. How wrong they were

I looked up the etymology of the term ‘scapegoat’. As you might expect, it is a shortening of ‘escape’ and ‘goat’ and apparently has a biblical root referring to a “…goat sent into the wilderness…as a symbolic bearer of the sins of the people…” (Leviticus 16:21-22). How apt that ‘Scapegoating’ – the singling out a person or group for unmerited blame – does actually relate to the goat, Capra aegagrus. For few creatures have been wrongfully accused as much as the goat, not least in Cyprus. Why are there no trees on that hillside? Why is that slope so bare and eroded? Why does our island not have the forest cover it once had? The ‘easy’ answer to all these questions: the goat.

The standard charge sheet levelled against the cloven-hooved animal goes something like this: herds of them roam the countryside chewing everything that grows. They munch everything green into submission and kill tree seedlings before they can grow, so preventing forest regeneration.

The truth, however, is just not that simple. While overgrazing is almost always bad, moderate grazing can be very good for the countryside, helping to prevent fires, increasing habitat diversity and even creating and maintaining many of the richest habitats on our island. So this is in praise of goats, those scapegoats for the poor state of our countryside, perceived or otherwise.

The scapegoating of goats in Cyprus arguably has its roots in the attitudes of British colonialists. It seems that when they arrived, the colonialists were shocked by the generally treeless state of the island. In their heads, the new arrivals had images of a Mediterranean ‘First Eden’, born of the depictions created by romantic painters. In disgust, they wondered where all the forest cover had gone. (I do not of course know if it was in disgust that they wondered, but so awful is colonialism that when I picture British colonialists in my head, they always have a ‘disgusted at the natives’ air. Indeed if you read accounts penned by colonialists at the time, an inexcusable tone of disgust and distain is all-too-evident). 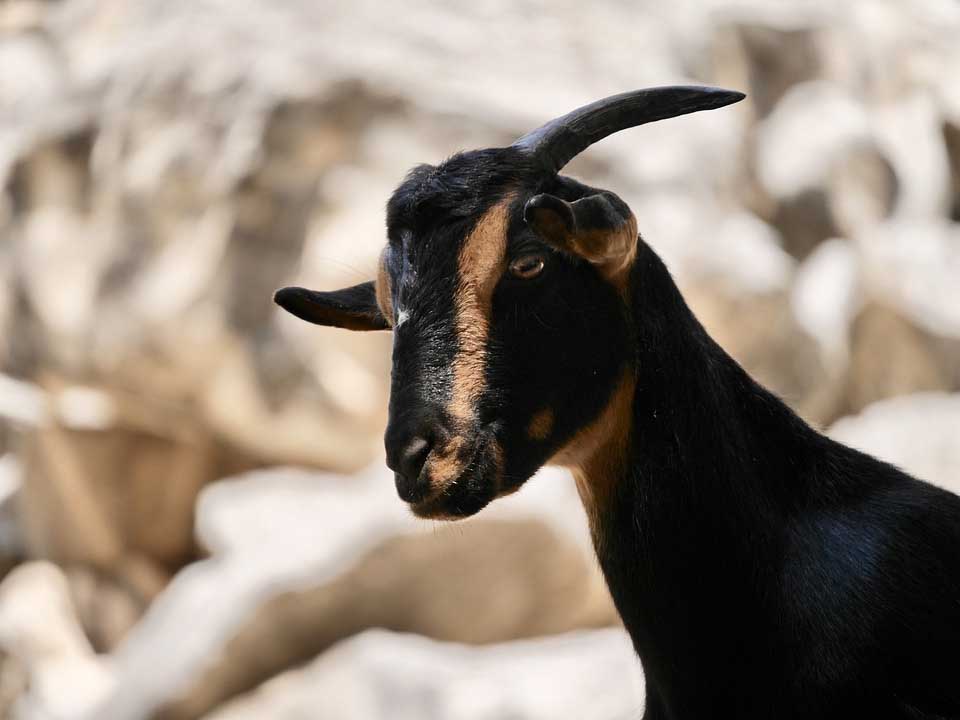 Burdened by this largely inaccurate vision of what Cyprus ought to look like (and working on the assumption that the native population was doing it all wrong), the colonialists set about righting perceived wrongs. If the goats were removed, then the forest would return, they calculated. The first State Forest areas were established from 1879 onwards, and goats were largely excluded from these. Then came the 1935 Goat Law with the aim of restricting free-range goat grazing in areas outside the state forests. Under the provisions of the 1935 law, village communities could vote to become ‘prescribed villages’ where free range goat grazing was banned. Many did, and so began a trend for reduction of free-range goat grazing. The goat law provisions largely still apply today and have contributed to a big shift towards penning and stall-feeding of animals. Roaming goat herds, once a feature of our countryside, have become a rare sight in most areas.

Establishing the state forests was a very good thing, of course. Forests now clothe most of the upland state forest areas. Forest systems act as ‘sponges’ for rain falling in the uplands, releasing it slowly into streams and rivers. Our forests are great carbon sinks and host rich biodiversity, including many endemic species found only in Cyprus. They are also great places to visit and spend time in; they are good for our wellbeing. We need forests. However, what I am trying to argue here is that the absolute and simplistic idea that goats are ‘bad’ for our countryside is just that: simplistic and absolute. There is a middle path between goat grazing and forest recovery that is worth exploring, and worth treading.

The traditional forester’s mantra is that people chop down the trees and then the goats move in, preventing forest recovery. The theory is that most all of Cyprus would be covered in a green cloak of woodland if we just replanted everywhere and removed the goats. The truth, however, is that many drier areas, especially in the lowlands, are unlikely to have ever supported forest, even when the island was in a “pristine” state. What these drier areas probably supported is scrub communities. Such areas of phrygana, garrigue and maquis are wonderfully rich and largely unappreciated habitats. They are also systems where grazing can be entirely sustainable. They are what might be called ‘milk and honey’ habitats, capable of supporting sustainable production of high-quality goods such as honey, herbs, wild capers and goat’s milk halloumi. They are also very biodiversity rich.

Our lowlands are littered with failed attempts at afforestation, which usually started with the destructive terracing of hills. Gone are the original low scrub communities, replaced by stunted pines and worse, invasive acacias. A gross simplification of rich ecosystems in the name of afforestation. Tree planting is great, but only if done with the right native species and in the right habitat, which is basically areas that supported forest historically. The simplistic ‘plant trees everywhere’ approach also has its roots in the colonial past but was, at least until recently, promoted hard by the Forestry Department.

Another key factor in this discussion is to appreciate just how long goats have been around in Cyprus. The archaeological evidence suggests goat herds were brought to Cyprus along with the first cultivation, somewhere between 9,000 and 7,800 years ago. Goats have shaped our plant communities and animal and plant have found a dynamic balance that is generally good for biodiversity (and so good for ecosystem health). The patchwork mosaic of habitats goats have been instrumental in creating and maintaining is almost certainly more sustainable than the complete forest cover the colonialists imagined for Cyprus.

This is especially true when it comes to forest fires. ‘Wall-to-wall’ trees is an invitation for a big conflagration, sooner or later. Far more fireproof is a patchy landscape where goats keep the undergrowth relatively open. Fires will still occur, but they will not find the fuel to turn them into ‘big burns’. Judicious grazing is surely preferable to the current fire management practice of choice, that of carving firebreaks across what seems like every ridge and mountainside.

The characterful, grizzly Cyprus goat has been part of our ecosystems for thousands of years and can exist in harmony with scrub and even forest habitats. What we need to avoid is over-grazing. Too many animals on the land will indeed send vegetation into a downward spiral leading to erosion and desertification. However, a happy, sustainable balance between roaming livestock and vegetation is not that hard to strike. Time to stop treating the goat as a scapegoat and appreciate the role it can play in sustainable countryside management.

Martin Hellicar works as director of local nature conservation NGO BirdLife Cyprus. A PhD ecologist and former journalist, he is fortunate enough to work for an organisation whose positions closely match his, though the opinions expressed here are entirely his own…

Parisians tuck into coffee and croissants again as cafes re-open