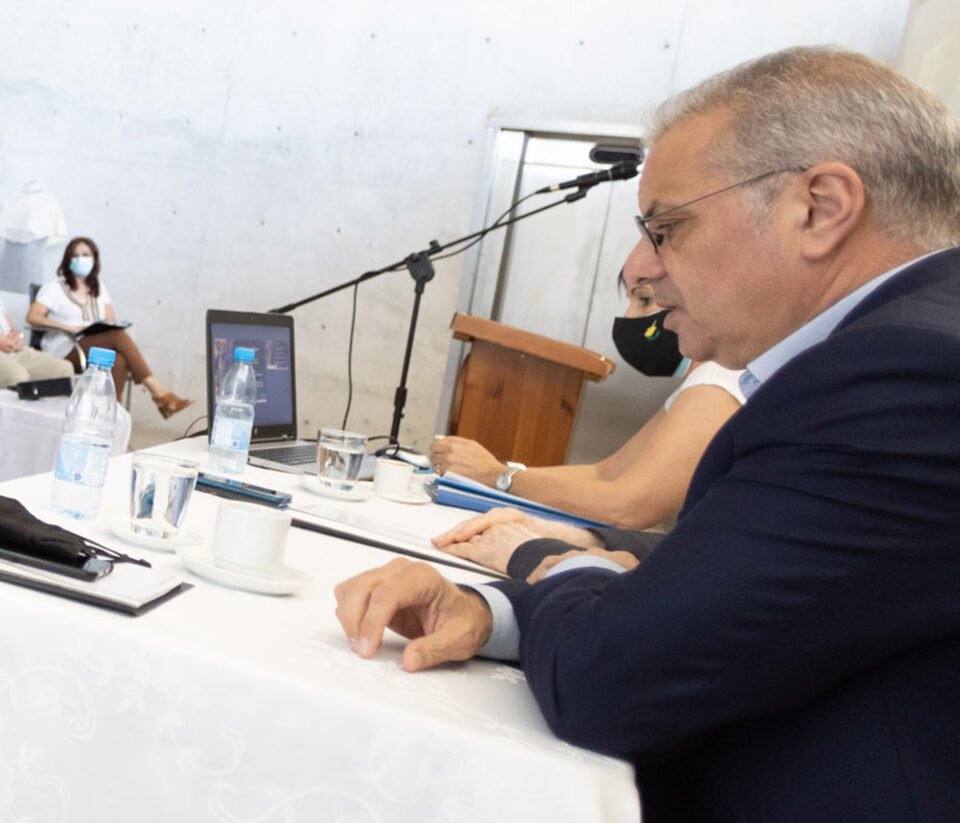 Cyprus has notified the EU it cannot accept any more irregular migrants, Interior Minister Nicos Nouris said on Friday as authorities scrambled to accommodate some 200 new arrivals in a few days – the vast majority of them by sea from Syria.

Speaking in Sotira, Nouris said that with reception camps already overcrowded, Cyprus was now in a ‘state of emergency’ as regards the migratory influx.

“This past week we have received a wave of arrivals on a daily basis from the southern coast of Syria and especially the port of Tartus. This, combined with the fact that reception centres are overfull obliged me yesterday to send a written demarche to the European Commission informing them that Cyprus is entering a state of emergency as regards the migratory issue and cannot receive any additional migrants,” he said.

Nouris said Cyprus was asking for the European Commission’s “immediate and active intervention to avert the illegal departures from the coast of Syria and particularly the port of Tartus.”

Two boatloads of irregular migrants, each with some 100 passengers on board, have come to shore in Cyprus this past week.

In one instance, authorities put up makeshift tents at a fishing shelter to house the women and children until they and the men could be taken to the reception centre at Pournara. Passengers on the second boat were obliged to remain onboard overnight before they could be processed and taken to Pournara.

Asked about delays in checks on irregular migrants arriving in Cyprus, the minister said there were no delays, noting that since January 1, Cyprus has handed nearly 4,000 rejections of asylum applications from irregular migrants from so-called safe countries.

But he said the problem was that these rejections need to be accompanied by swift return policies. This is difficult for small countries such as Cyprus which do not have bilateral agreements with a number of third countries.

“This is why the long-standing, permanent and urgent demand of the Republic of Cyprus to the European Union and for which we have the backing of a large number of European countries, is that these agreements for the return of third country nationals must be carried out centrally by the European Union and on condition that the third countries undertake the obligation to accept their residents from all European states,” he said.

This had been discussed by EU interior ministers last week, in the presence of ministers from sub-Saharan Africa, he noted.

Asked about reports regarding a boat with irregular migrants from Lebanon, he said it had returned to Lebanon because Cyprus has a bilateral agreement.

“However, the overwhelming majority and especially those who have been coming to our country since last Saturday, as recorded by the coastguard, are from the south coast of Syria,” he said.

The minister was also asked about cooperation with the British Bases, after 14 irregular migrants believed to have come across from north Cyprus were picked up in Avgorou.

“So far we have a very good cooperation with the British Bases and have not had particular problems as regards crossings. I hope the specific incident, which is being investigated, was random.”

As to why irregular migrants remained on the boats until their info was checked, Nouris said that Cyprus did not have the capacity to accommodate any more. “Therefore, at the moment our concern is to see how we are going to manage the situation.”

The previous boat that was carrying a lot of children, they disembarked but because there was no room at Pournara, authorities had to set up tents in Protaras, he said. “Of course, this is not what we want to deal with this humanitarian crisis.”

And he added: “It is not the government’s intention to make Cyprus a huge migrants camp. We have specific capacity, we have all the good intentions to help people who are in real need, but at the same time we want to send a clear message that our capacity is not limitless, and we have long passed the stage of our reception possibilities.”

IMF seeks to ‘end pandemic’ with $50bn financing for vaccinations