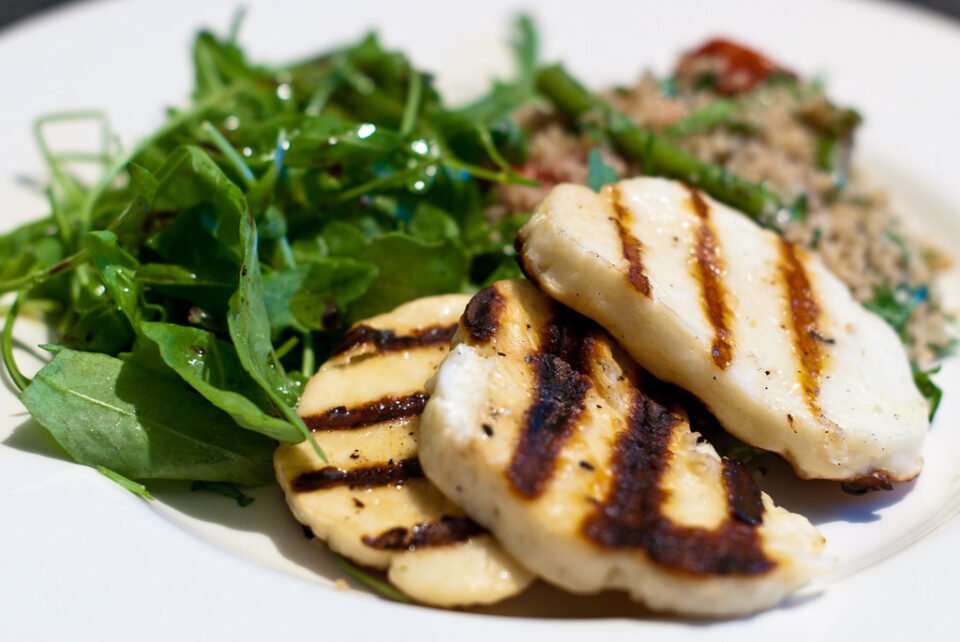 Set in the Cyprus of the 1950s, GOLDIE and the Power of Love is written in both English and Greek Cypriot. Alix Norman finds out more about a favourite goat, heaps of halloumi, and a marriageable beauty

It begins with a beloved goat and a village festival. There’s a family of halloumi makers, comprised of a housekeeping mother, a parsimonious father, and a rather delicious daughter. A rich lover is introduced; we get an ill-fated romance and an arranged marriage… In short, it’s Mills and Boon plus capricious caprine, but based in the Cyprus of the 1950s and written in both English and Greek Cypriot.

Yes, Cypriot… One of the few authors who write in Greek Cypriot as opposed to Greek, Lysandros Lysandrou is a civil servant who believes the local dialect may be dying out. His first novel, the similarly self-published Make a Mountain out of a Molehill, also appeared in the traditional Cypriot dialect and, according to its author, appealed so much to the public that it was “officially approved by the Ministry of Education, Culture, Sports and Youth to be included in the list of recommended books for enrichment of school libraries and its utilisation by teachers and students. 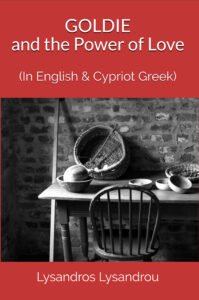 “Usually you see books in Greek and in English,” he reveals. “But there are very few written in English and in Cypriot – it’s a great opportunity to compare and contrast the two languages. And there’s the richness of the dialect, the magnificent words and turn of phrase are unique and are very enjoyable to read. As time passes, I believe the Greek Cypriot dialect is disappearing,” he suggests. “Eventually, I think not many people will know it. But I love it – it’s close to Ancient Greek, and has a wonderful sound, a beautiful turn of phrase.”

Lysandros, who writes radio plays in his spare time, originally released GOLDIE and the Power of Love as a short broadcast in the local dialect. Such was his success, he says, that he expanded upon the text and then translated the whole into English to produce a bilingual novella which maintains the ‘radio play’ style throughout.

Writing in both languages, and focusing on topics that will be familiar to anyone with ties to Cyprus, GOLDIE is billed as “a project which has the specific purpose of exploring and communicating an important cultural aspect of our country: the recognition by the appropriate European authorities of the iconic and nowadays world-renowned product of Cyprus Χαλλούμι-Halloumi-Hellim as a product of Protected Designation of Origin (PDO).

“It’s not a scientific study of the subject,” Lysandros admits. “But it conveys the essence of this important aspect of Cypriot cultural life in as precise a way and to the extent that is allowed by the imaginary scenario.” Instead, he adds, GOLDIE and the Power of Love is “a happy, romantic, and educational story, involving halloumi, the famous Cypriot cheese that is an integral part of the traditional life of our Eastern Mediterranean home island.”

The meandering tale unfolds in a village, and frequently references the traditional way of life of Cyprus, in particular, the production of halloumi. There’s even a brief description of how to make halloumi, with annotated footnotes to clarify the local terminology…

‘First, we pour the milk in a hartzi through a kouroukla. Then we warm up the milk. Slowly to avoid the possibility of burning it. We then add the pythkia and stir. When the milk is thickened the drosinos sinks to the bottom of hartzi and the anari floats. We collect anari slowly – slowly, salting it, and put some spearmint on it. Then we take out the drosino, the solidified mass of the boiled milk, cut it in small pieces and fold them into the normal well- known chunks. We put them back into the hartzi with noros for boiling. At the end of the boiling process, the solid pieces of the product come to the surface of noro. They are picked up and spearmint and salt are placed into the fold. Finally, we put them in cases with noro to preserve them for a long time. So, in this way, we have halloumi all the year round.’

The titular Goldie is, of course, one of the halloumi producers, a favoured member of the herd who tests her owner (Michael, the ‘halloumaris’) with her various misadventures.

“The adventures of this goat have a strong influence on the relationships between the principal players of the story and in particular the romance between the two young characters, Rosie and Theo,” says Lysandros. Both experience their fair share of mishaps – see ‘ill-fated romance’ and ‘arranged marriage’! – on the road to the novella’s rather sudden denouement, and there’s more than a little of the moralistic to the subtext: “Amongst the major themes are the merits of stoicism, the power of love, and the need to assist fellow humans in their time of need,” says Lysandros. “And I think this will appeal to everyone: the young, for its romance and poetry; older readers will enjoy the rich language and the portrayal of the traditional way of life.

“Especially,” he concludes, “the descriptions of the process of making halloumi! After all, it’s really halloumi which is the protagonist in this tale. All of the characters are linked through this wonderful product, and the plot is driven by the halloumi-making process. In GOLDIE and the Power of Love, everything really is about the halloumi!”

GOLDIE and the Power of Love costs approximately €6.50, and is available both from amazon.uk and directly from the author, at [email protected]