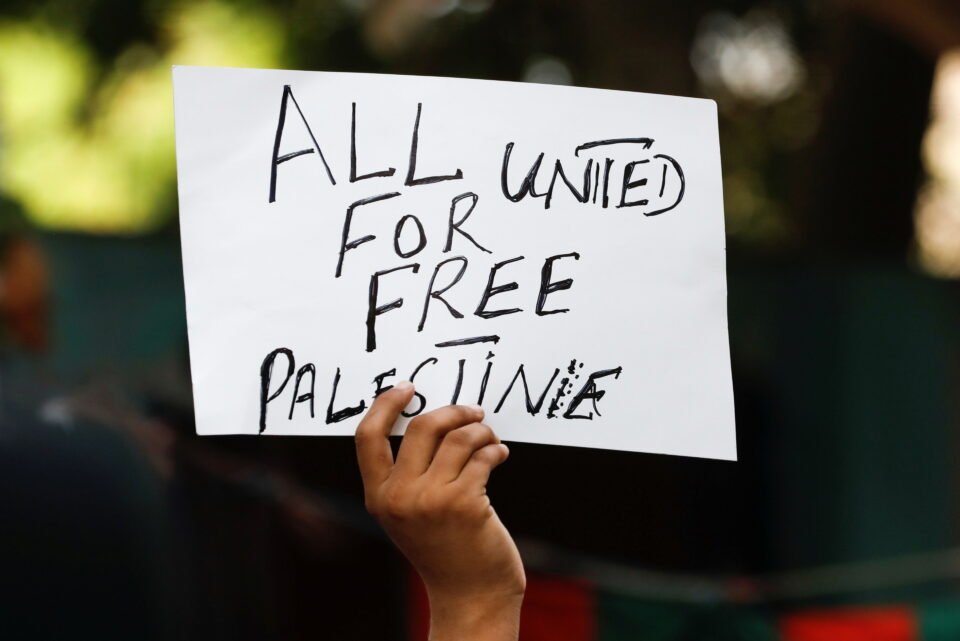 The Gaza Strip in Palestine is probably the worst defended territory in the world. It is under the control of Hamas which fires rockets at Israeli towns and cities more in defiance than any rational military purpose.

Israel has the strongest and most technologically advanced defence forces in the Middle East, a highly effective intelligence service, a virtually impregnable iron dome defence system and a nuclear capability. On top of which they have the chutzpah to use excessive self defence and pass it off as the natural right any country has under international law to use reasonable force to defend its population. The US, the EU and the UK buy into this narrative despite the huge death toll and the wanton destruction of Gaza’s infrastructure inflicted by the Israelis. The killing and maiming of innocent civilians made acceptable to western sensibilities by the simple expedients of euphemism and jargon is disgraceful.

The war was asymmetrical and the Israelis needed to de-escalate, were the new buzz words where asymmetrical means Israel was guilty of excessive self defence and de-escalate means stop killing innocent civilians.

The irony of this version of David and Goliath was plain despite euphemism and jargon. The days when Israel was David and the Arab world Goliath are long gone.

The Palestinians are not the bad guys in the conflict in Palestine. They have been wronged and something must be done to right the wrong done to them. The Jewish people were wronged by European persecution culminating in the Nazi Holocaust. The creation of the state of Israel was the inevitable byproduct of the Holocaust, but it was done at the expense of the Palestinians. They need their hurt to be recognised, and this can only be done if the international community recognises a Palestinian State.

The story of the Palestinian catastrophe began in World War I when the British were at war with the Ottoman Empire. On a British promise of a pan Arab nation they were persuaded by the Arabist TE Lawrence, better known as Lawrence of Arabia, to fight and defeat the Ottomans in the Middle East.

Turkish commanders, including Mustafa Kemal, never forgave the Arab nationalists for siding with the British against the Caliphate and the Ottoman Empire, sabotaging railway supply lines in the Middle East and making mischief to please the English.

What the Palestinian Arabs got in return for helping the British was the Balfour Declaration. It is contained in a letter from British foreign minister Arthur Balfour on November 2, 1917 to Baron Lionel Rothschild, leader of the Jewish community in Britain. The British captured Jerusalem on November 5, 1917 so Balfour knew that Britain would take control of Palestine when he wrote to Rothschild.

The Balfour Declaration was crucial to the creation of the state of Israel, but it was a betrayal of the Palestinian Arabs. It promised the establishment in Palestine of a national home of Jewish people on a condition that speaks volumes about the second-class status intended for Palestinian Arabs. They were not to be part of any Arab nation or have political rights. They were to be given only civil and religious rights as communities in a Jewish homeland.

Unsurprisingly the Arabs felt betrayed, but the mass influx of Jewish people did not begin in earnest until after World War II, and despite the Balfour Declaration in the end the British were terrorised out of Palestine and the Palestinians displaced from their ancestral homes by Jewish Zionist underground organisations whom the British branded terrorists after they planted a bomb at the King David Hotel in Jerusalem in 1946 killing 91 people.

In 1948 nearly a million Palestinians were forcibly expelled from their homeland to make way for the creation of the State of Israel. The Palestinians call their displacement the Nakba – the Catastrophe – which they commemorate on May 15.

They are now either second-class citizens in Israel comprising 20 per cent of her population or confined to the West Bank and Gaza – bereft of their homeland and stateless. Many emigrated to Jordan and to refugee camps in Lebanon and Syria.

More wars followed after 1948, all of which resulted in more displacement of Palestinians. Israel’s most successful war was the six-day war in 1967. Under military pressure from Egypt, Syria and Jordan, Israel attacked all three in preemptive strikes. The Israelis captured the Sinai from Egypt, East Jerusalem and the West Bank from Jordan and the Golan Heights from Syria. Most of Sinai was returned to Egypt, but the rest remained as occupied territories; states cannot gain territory by the use of force even if done in self defence.

The latest cycle of violence began with an attempt by Jewish settlers to reclaim land in East Jerusalem inhabited by Palestinians for generations. This led to demonstrations by Palestinian youths and the invasion of Al-Aqsa Mosque by Israeli security forces at the height of the holy month of Ramadan. With the Nakba approaching on May 15, Hamas launched rockets at Israel from Gaza aimlessly at civilian targets most of which were shot down. Some got through killing ten Israeli civilians, which provided Israel the excuse to use disproportionate force to defend itself and worry if it was excessive in years to come.

Israel argues that there is no moral equivalence between her targeted approach that causes collateral deaths and Hamas that targets civilians.

International law says that all killing of civilians is intentional unless the contrary is proved, and the contrary is not proved by assertion. Israel bears the burden of proving she was acting in self defence and the evidence at present is overwhelming that excessive force was used on the civilian population of Gaza.

In the Second World War the Allies bombed Dresden so indiscriminately thousands of innocent civilians perished. Years later when evidence emerged innocent civilians were actually targeted, apologists claimed that the civilian population were not strictly innocent as most were engaged in the German war effort.

Even if apocryphal, the moral of that story is that one must take claims by apologists and propagandists that innocent civilians are not targeted with a pinch of salt.

The claims and counter claims of the Israelis and Palestinians over the last two weeks were not just about the killing of civilians but also about the substance of their historic dispute over ancestral lands in Palestine. Most Palestinians now accept and recognise the state of Israel, so the ball is now in Israel’s court to do the right thing.

Invest in the booming US? Strong euro says ‘stay home’