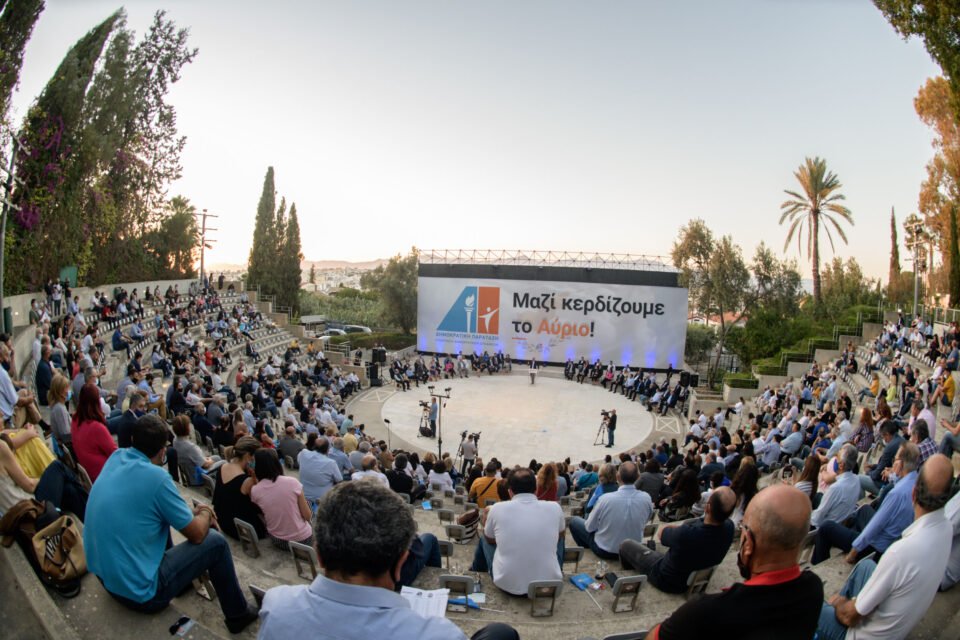 In one week parliamentary elections will take place but there has been a lack of vision although the word change has been bandied around, few have said how that will happen

The ‘Makis’ advert that backfired spectacularly on Diko has epitomised the blandness of the 2021 legislative election campaign: insubstantial, lacking a pulse. Low-hanging fruit, the Americans might call it.

Diko’s political advert has set the tone for the campaign drive. In the clip – since pulled – a fictional character called Makis, a Disy voter, calls the presidential palace asking to speak with the president, seemingly seeking a favour.

Makis gets unlucky, as he tends to call on ‘bad days’ – the president is away on a trip to the Seychelles, the release of the Al Jazeera video, the Nicolatou report and so on.

He is consistently told that “today is a bad day” and that the president is unavailable.

After multiple attempts, spanning three years, the voter receives a call from the presidential palace and is told that the president is now available to speak with him – at which point Makis declines, saying that “Now that you’re available, I’m not… I’ve decided, I’m voting Diko!”

The intended message of the ad – highlighting a spate of scandals and implying that ruling Disy is corrupt – apparently missed its mark.

But the take-away for many was that the voter is seemingly undeterred by the scandals but is aggrieved at not being able to call in a favour, instead saying he will vote for Diko – perhaps trying his luck there.

The advert flop was an own goal which the PR brains behind it probably won’t soon forget.

But from the get-go, this campaign was bound to be unlike any other, said one observer.

“What made a difference so far, is that due to the coronavirus restrictions the parties couldn’t go out and do their traditional door-to-door canvassing. They’ve had to rely on digital modes of communication and social media.”

Still, that hardly explains the poor quality and messaging overall.

“I haven’t seen anything innovative in terms of campaigning or ideas,” said the source, a person familiar with the market research industry who preferred not to be named.

No doubt a major factor is the number of parties and candidates. With a grand total of 658 candidacies running with 21 registered parties, it’s not hard to see how this upsets the apple cart, so to speak.

“It’s been very much a personal campaign,” said the source. “The large number of candidates out there makes it difficult for the parties to rein in their support base. Because even a lesser-known hopeful can muster at least 100 people who will vote based on personal loyalty and familiarity. And that splits up the conventional voting blocs.

“So you see that on the party level, there’s been little substance – even by their own low standards – this time by way of positive proposals. For the most part, we’ve had negative campaigning. It’s emotive, and pretty much everyone is talking about the past – who did what wrong in the past and so forth.”

The source identified corruption in public life as the predominant theme in this campaign. But none of the parties or candidates have put forth specific proposals to fix the problem.

“It all encapsulates a lack of vision… corruption is being thrown about as a slogan. The rhetoric rests on a generic, personal and emotional level. Very little by way of policy, and no hint of how to break with the past, even though that features prominently in the soundbites.”

A cursory look at the parties’ main slogans lends weight to this. The word “change” gets a great deal of play.

Here are some slogans, translated from Greek:

Disy ‘When the going gets tough, actions matter’; Akel ‘Citizen Power – Guarantee of Change’; Diko ‘Clear Change’; Edek/Citizens Alliance ‘We Vote for Edek #For Change’; Solidarity ‘No Compromise’; Independents ‘Together for Us #Are You In?’; Greens: ‘Naturally Green!’; Elam: ‘Cyprus First’; Dipa (Democratic Alignment) ‘Together We Can Win Tomorrow.’

Questions could also be asked of the calibre of the personalities seeking political office. For example, the Generation Change party (formerly Independents) is loaded with a number of business consultants, an arts producer, a couple of self-styled ‘activists’, a psychologist, and a communications consultant.

Meantime these elections have some of the youngest candidates ever. The youngest are Dimos Georgiades (Disy) aged 26; Soteris Sampson (Elam) aged 26; and Kyriaki Mavraki (Solidarity) aged 28.

The same source said the youth of some of the candidates is not necessarily a minus. What it does show, though, is how the parties are gunning for the younger voter crowd.

“But despite the many messages about change, you’ve got a lot of recycled names from the past, like current MPs running for another term,” commented the observer.

“It’s as if the establishment is re-launching itself, rather than ushering in something new.”

As for the issues, are there any? In a way, superficially.

“I have difficulty identifying any one hot issue. It’s not the pandemic, not the economy, nor the Cyprus issue. Usually a campaign centres on one or two hot-button issues. Not this time. Sure you hear a lot about corruption, but again, on a shallow level.”

Regarding the Cyprus problem per se – losing traction in the public consciousness for years – its almost total absence should come as no surprise, given the exceedingly low expectations and signals from the political arena.

Poll after poll has borne out this ‘Cyprob fatigue’. For instance, a recent survey for Antenna TV found that the largest chunk of respondents (29 per cent) said none of the parties are best suited to handle the Cyprus issue. Only Akel have tried to push the Cyprus issue somewhat, but even they half-heartedly.

“We are witnessing an electoral campaign, which beyond mostly occurring through social media, behind multiple restrictions and on impersonal terms due to the pandemic, is also rather superficial with sloganesque polemics and no substantive competition over programmatic positions. Most, if not all parties, have not prepared elaborate and unified declarations for the electoral process and it is doubtful that democratic procedures have been followed for discussing and approving a platform,” Assistant Professor of Political Science with the University of Nicosia Giorgos Charalambous said.

He added: “The tone of competition is rather low, firstly because Akel’s strategy, as the main opposition party, appears to be moderate in its criticism of the government and the state, and because on many policy issues, the rest of the parties often align with the right-wing and intransigent on the Cyprus conflict incumbent government. There is a lot of talk about corruption, but this remains mostly a social phenomenon which doesn’t translate into concrete policy conflict over the issue by the key players in the electoral process.”

Broadening it out, Charalambous touched on another aspect. “We should in any case bear in mind that the Republic of Cyprus is a consensual-type democracy and has a presidential system, so parliamentary elections are never as intense and confrontational as presidential elections. Also, after the elections the issue of the House of Representatives President will come up and through the process of forming a majority to elect someone, parties craft their strategies of alliances for the presidential elections.”

Our View: No chance of new parliament taking action on corruption