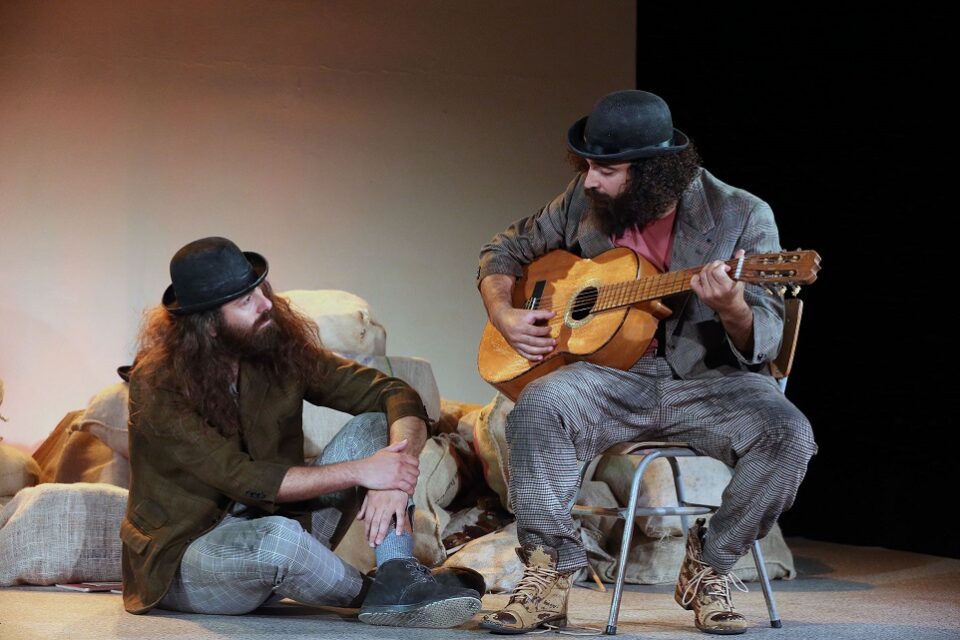 With the arrival of summer, the events agenda has received a push and Rialto Theatre has planned a full events calendar for June.

Kickstarting the month’s performances is a concert by the Cyprus Symphony Orchestra on June 4. The sizzling rhythms and sounds of Nuevo Tango will sound at the Theatre as the Orchestra presents the new style of tango created by Argentinian composer Astor Piazzolla in the mid-20th century. Incorporating elements from classical and jazz music into the traditional Argentinian tango, his work takes audiences straight to the heart of the most intense human emotions.

June 5’s performance seeks to portray the great Spanish poet Federico Garcia Lorca whose work finds fertile ground in the Greek intellectual world since the quests of the Spanish poet are intrinsically related to innovation and secularism in post-war Greece.

The starting point was Blood Wedding, staged by Karolos Koun Theatro Technis in 1948. Romancero Gitano then followed with music composed by Theodorakis, based on an adaptation by Odysseas Elytis (1967). Having at the epicentre the works Blood Wedding, adapted for voice, guitar and cello, as well as Romancero Gitano, adapted for guitar and voice, both presented for the first time in this form in Cyprus, the event pays tribute to one of the world’s most beloved and sung poets. Several other selected songs based on Lorca’s poetry, composed by renowned artists, will also be presented.

More music will follow throughout June 9, 10 and 11 as Tatiana Stupak and fellow musicians will perform different classical repertoires.

A concert presenting some of the most legendary songs of the Greek New Wave movement and the Athenian ‘boites’ of the 60-70s will follow on Sunday 13. The performance will be a musical journey to the nostalgic atmosphere of these tiny spaces, where friends and softly-whispered love songs take the lead.

Mid-June will welcome the Cyprus Symphony Orchestra back to present Sounds of the Winds. Under the baton of conductor Zoe Tsokanou and the CySO’s principal trumpetist Gareth Griffiths, the CySO stages a programme purely dedicated to music for wind instruments. The concert presents a selection of three pieces composed between 1878 and 1974 featuring characteristic sound colours from the composers’ countries of origin: Antonín Dvořák (Bohemia), Gordon Jacob (England) and Jean Francaix (France).

June 17’s performance takes audiences back to an all-too-familiar feeling experienced by many during the various lockdowns. A Mirror is a performance about the loneliness and social isolation experienced during these times, the meaning of loneliness rendered both through stories of people living among us as well as through Loneliness itself.

Fête de la Musique, also known as World Music Day, won’t go unnoticed at Rialto as Alliance Française de Limassol in collaboration with Limassol Municipality, the Rialto Theatre, the Embassy of France and the Institut Français de Chypre in Nicosia organise a special event to celebrate the day. Featuring world-renowned singer Vakia Stavrou in a multicultural repertoire from across the globe, accompanied by acclaimed pianist Manolis Neofytou, a charming performance will be presented for free.

The next event on June 24 has a completely different tone as Famagusta Municipality organises a symposium on the 450 years since the siege and fall of Famagusta. Coordinated by Dr Petros Papapolyviou, Associate Professor in the department of History and Archaeology at the University of Cyprus, he invites three speakers (Dr Angel Nicolaou-Konnari, Dr Michalis Olympios and Mimis Sophocleous) to join the discussion. Titled Odyssey of the Return, the symposium will also be streamed online via the municipality’s Facebook page.

The month will conclude with an open-air play by Antilogos Theatre titled Waiting for Godot. Samuel Beckett’s emblematic play has been translated and adapted in the Greek and Turkish Cypriot dialect by director Kostas Silvestros. In this performance, the two dialects merge and become one, creating an intense need for communication of the two heroes.

A series of live music concerts, plays and more. Throughout June. Rialto Theatre, Limassol. More details and tickets on www.rialto.com.cy

Why we shouldn’t ‘normalise’ living with anxiety