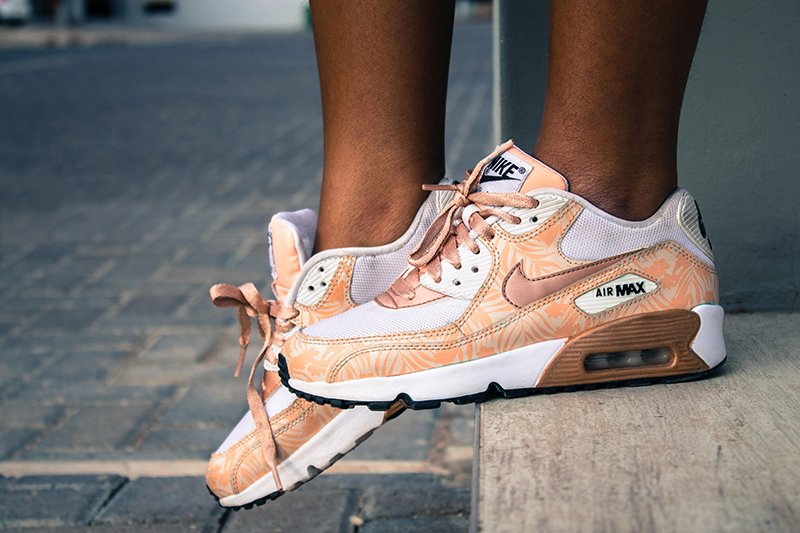 It’s hard to imagine a time sneakers weren’t everywhere. For many of us, lacing up a pair of trainers is the only way to complete an outfit, whether you’re off duty or in the office.

Trainers have had such an impact on culture and fashion, they’re now getting a dedicated exhibition at the Design Museum in London – Sneakers Unboxed: Studio To Street.

It’s a wide-ranging look at the style’s journey, from underground subcultures to the mainstream. We got a sneak peek of the blockbuster exhibition, and this is what we learned about the history of sneakers…

Running trainers have been around since engineers realised they could fuse vulcanised rubber and canvas together in the early 1900s. When it comes to fashion, sneakers really came into their own in the late 1970s.

“The east coast US was a big hub for sneakers worn as style,” explains exhibition curator Ligaya Salazar. “Basketball played a big role, because basketball stars were the aspiration. People came in droves to see NBA players play streetball rather than NBA basketball, and that shifted the coolness of the sport massively.”

Players would often match their sneakers to their outfits, and fans soon followed. This was “really the first point where sneakers became worn as a style”, suggests Salazar.

Adidas and Puma shoes were particularly popular, because they were “quite rare and expensive”, she says, “and that’s something that continues up until now – the idea that you want something that is coveted.” Now, big brands might only produce a certain amount of one style to boost exclusivity and allure – but back in the 1980s, it was all done by accident: Adidas was simply suffering from distribution issues.

Anyone who watched the 2020 documentary The Last Dance will know basketballer Michael Jordan signed with Nike when he was just a rookie in 1984, and Air Jordans helped blur the line between sport and fashion.

It wasn’t just basketballers getting in on the action. Other subcultures, such as skateboarders on the west coast of the US, were also experimenting with sneakers in the Seventies and onwards. They originally wore sturdy Vans, but when the company experienced financial difficulties, new shoes were needed. Skateboarders soon adopted Air Jordans – Nike had flooded the market, meaning you could buy them for cheap – ready to be roughed up on the halfpipe.

But Run DMC’s 1986 song My Adidas was a huge turning point moving sneakers away from sport. The song was “nothing to do with sponsorship whatsoever”, Salazar explains. “It was just what they love – it’s part of their culture, so they rapped about it.”

Adidas soon realised the power of this authentic marketing and came knocking on Run DMC’s door, making them “the first non-sport endorsement by a sports brand, ever”.

Basketball was much less of a phenomenon in the UK, but sneakers were still on the rise. The casual subculture bubbled up in the late 1970s, mainly made up of working class football fans. For Salazar, “casual culture is the culture that really embraced sneakers as a style – particularly Adidas, but also lots of other European brands, such as Diodora. They really embraced it, in a similar way that the east coast Americans did – they were really interested in keeping them very pristine, and them being really rare.”

Salazar suggests the English and American subcultures had a totally different focus – but, in a sense, the same focus: “It’s about standing out a little bit, but not too much. It’s about looking fresh, keeping things clean – it’s a working-class mentality in some ways.”

It would be impossible to cover all the subcultures that helped make trainers what they are today, but Salazar particularly points out cholombianos in Mexico (known for their customised Converse shoes) and the bubbleheads of Cape Town (who favoured bubble-soled trainers).

Run DMC set a blueprint for the future of trainers, soon dominated by musicians and collaborations.

The grime scene was particularly influential in the UK, and one style ruled supreme: Nike Air Max. Salazar says the scene was all about ‘the tracksuit and trainer look’. “It’s a practical look,” she says, “but it’s also defiant – and always linked to the Air Maxes.”

Grime artist Skepta continues to make shoes with Nike, and he’s just one of the countless sneaker-musician collaborations. From Eminem and Nike to Kanye West or Pharrell with Adidas, collabs continue to be big business.

Looking back, it seems obvious sneakers were on the path to greatness – but it still took a long time for brands to realise they were for more than just sport.

For Salazar, the real shift has only happened in the past 10 years. “It’s to do with major figures doing sneakers,” she explains, referencing some of the big collaborations – including Rihanna’s iconic creepers, designed for Adidas in 2015.

This helped make sneakers mainstream, along with “a general move towards more functional clothes and sportswear”, says Salazar. “It’s a combination of factors that came together to make it something that’s normal.” The advent of the internet and social media helped propel these celebrity collaborations to the fore.

So, what of the future of sneakers? Salazar hopes it will become less male-dominated, more diverse behind the scenes, and more eco-friendly. She says: “I think the future should be sustainability – I would really like the brands to be more responsible for that.”

Global outlook: Back to pubs, gyms and movies