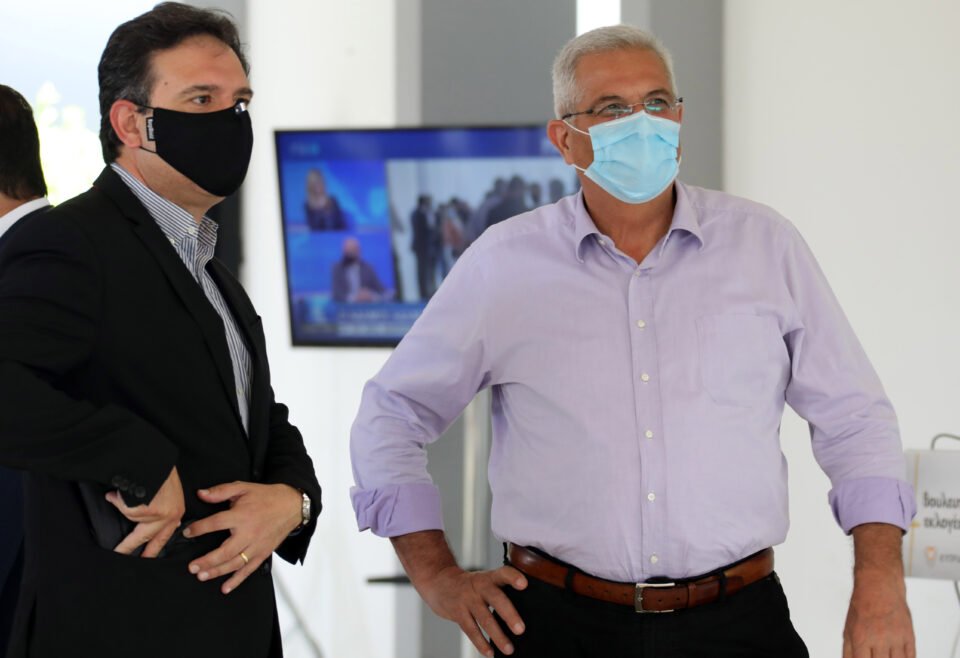 Akel leader Andros Kyprianou pictured after the results were announced

The changing political landscape, plus the hammering taken by mainstream parties, stand out as the two big takeaways from Sunday’s elections, according to analysts.

Albeit diminished, that trend continued this time as Disy, Akel and Diko together leaked another 35,000 votes – whereas socialists Edek made slight gains.

Moreover, Sunday evening exit polling suggested that up to 35 per cent of people changed their voting preferences since 2016.

“It’s a major vote shift, which one can only explain as a loss of trust in the mainstream parties who carry a great deal of political baggage,” political analyst Christophoros Christophorou tells the Cyprus Mail.

Elections expert Yiannis Mavris told state broadcaster CyBC that the traditional parties lost while the winners are the new parties. He said established parties have restricted their influence to around 60 per cent, the rest going to small and new parties.

“This is a sign that the party system in Cyprus is changing. It is clear we are close to a shift,” he said.

On Akel, Mavris pointed out that after eight years in opposition they haven’t been able to win over the public.

Christophorou notes that it’s not just numbers, but the post-ballot reaction of the ‘losers’ that speaks volumes about how the ‘Big Four’ have fallen out of touch with the electorate:

“Rather than some introspection, or taking some responsibility, we saw the familiar trope of party leaders blaming everyone and everything else but themselves. In any other advanced country, you’d have expected at least a few resignations, but not here.”

Solidarity and the Citizens Alliance didn’t make the cut, unable to secure the 3.6 per cent threshold required to gain seats in the House.

Nationalists Elam made out with big gains, almost doubling their support base since 2016, also translating into a doubling of their seats.

Exit polls indicated that half of this increase came from Disy, the other half from Diko.

Elam narrowly edged out Edek to take fourth place in terms of the popular vote, in what some say carries more symbolic value rather than practical significance.

But Christophorou says there’s more to it than that.

“Elam will now have a representative on the Parliamentary Assembly of the Council of Europe (Pace), in what perhaps is an unfortunate image for Cyprus,” the political analyst noted.

Cyprus has four representatives on Pace; each of the reps hails from one of the top four parties according to the latest legislative election results.

Asked to comment on Elam’s breakout, Christophorou attributed it to two factors: the oft-repeated disillusionment, manifesting as a protest vote against mainstream parties; and ideological trends.

“We saw for example that during the campaign Disy and Diko shifted to the ‘right’ in terms of their discourse on matters like migration, and this appears to have benefited Elam, the standard-bearers of this ideology.”

What’s of particular concern to Christophorou is that around 14 per cent of the vote going to the smaller parties will have no representation in parliament.

“It’s a disenfranchisement of sorts of a substantial chunk of the electorate, for which we can ‘thank’ the raising of the threshold for entry into parliament in 2015, from 1.8 per cent to 3.6 per cent.

“Effectively, this plays into the hands of the big parties, who’ve ‘hijacked’ that 14 per cent and capitalised on it.”

“Despite the poor quality of the election campaign, and despite the sense of disillusionment, it looks like people still hope something can change and that it’s worth casting your ballot.”

Denmark to reconsider exclusion of J&J and AstraZeneca shots