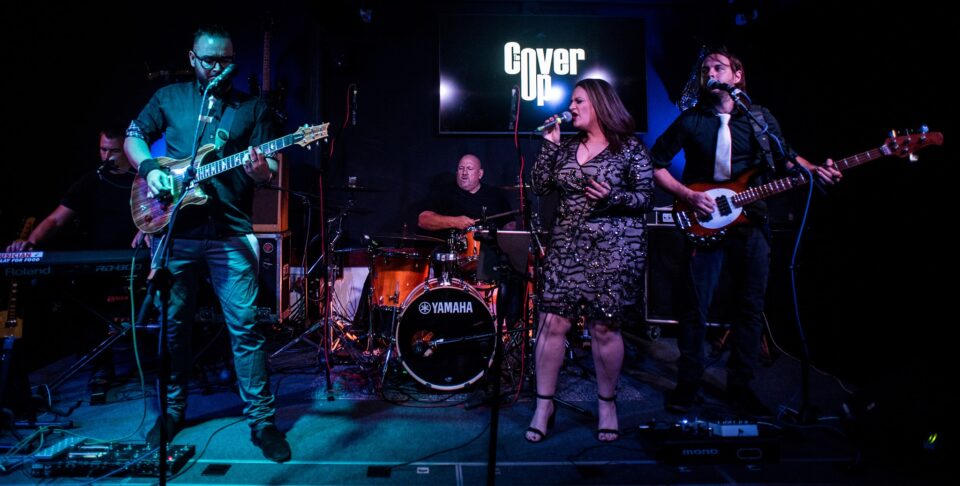 Live music is back and at Darcy’s Restaurant in Peyia with live bands and music ensembles taking the stage every week. Musicians from all around the island are performing at the restaurant this June playing blues, soul, rock and acoustic covers. First on this month’s calendar are the four seasoned musicians that make up Too Hot for Red, playing alternative rock music.

Brian Burrell on drums, John Artes on bass, Dean Thompson on guitar and Andy Poach Thompson on vocals will be at Darcy’s on Wednesday, June 2 for an afternoon live music session beginning at 5pm. Their set promises to be an energetic and crowd-pleasing performance, spicing up the middle of the week.

On Friday, June 4, award-winning singer Celia Stavri and well-known guitarist Dominik the Storyteller come together as the New Rules Duo to bring a musical adventure through all the hits with a guitar twist. Three hours of non-stop live music will entertain audiences at Darcy’s Restaurant covering all the hits from the 60s up to and including the present day. “New Rules is the outcome of when two amazing talents come together and make something special,” say the event organisers. “If you have the venue, they will bring the party!”

The following week, Reggae Rockers Paul and Mike will bring their reggae vibes to Darcy’s on June 9. The duo has been playing all over Cyprus together for the last 14 years, performing live at many bars in Paphos and Limassol. Though their ensemble name suggests a reggae mood, Paul and Mike also perform Motown, rock, soul, all decades, party songs, dance songs, and favourites from Bob Marley, The Killers, Elvis, Queen and UB40. Later on in the month, they will repeat their energetic set at the Paphos restaurant with more live music on June 30.

Thursday 10 and 17 will host Dan Brown for an afternoon show with “all the hits with guitar man Dan” while June’s second weekend will welcome the Mid-Life Crisis band at Darcy’s on Saturday 12 for another afternoon of popular rock covers. The five-piece band play well-known rock covers from the 70s, 80s and 90s, including high energy classic hits from AC/DC, David Bowie, Rolling Stones, ZZ Top, Robert Palmer, Billy Idol, The Jam, Queen and a whole lot more.

Acoustic duo, Kim and Paul, will perform at Darcy’s on June 16, playing music from the 60s through to the current day. Both musicians belong to the band The Kards which will also perform at the restaurant this June. Kim is the lead singer of the band and Paul is the Rhythm Guitarist and vocalist. Before they join their band members in late June, the duo will provide an entertaining acoustic set.

Pop, rock, blues and funk from top guitarist Davey Woodford will sound at Darcy’s on June 18 while on the following day, the Vocal Couple will bring uplifting song and dance to the restaurant. Towards the end of the month, The Kards will bring banging tunes spanning T-Rex to Lady Gaga, ELO to Kelly Clarkson, Beatles to Bruno Mars and many more that often puts audiences in a groovy mood. The Paphos cover band aims to provide an entertaining mix of well-known tunes and songs across a broad selection of artists and bands for lunchtime guests at Darcy’s. They want the audience to enjoy the music and the atmosphere wherever they play and that’s what they plan on delivering on June 23.

On the following day, the Jukebox Rockers will bring rock, blues, country, soul and more, with Dave on vocals and harmonica and Paul on guitar and vocals. More live music from a duo will follow on June 25 as Davie Woodford and Aimie Wild perform their set.

Last on the month’s agenda is award-winning band The Cover Up, whose musicians have played with Sinead O’Connor, Stevie Winwood, Bruce Willis and Lenny Henry and their sets deliver a huge repertoire covering the very best from the 50s, 60s, 70s, 80s, 90s and the 00s. They often cover music by James Brown, Guns n Roses, Pharrell Williams, Chuck Berry, Ce Lo Green, Mark Ronson, Walk The Moon, Tina Turner, Bon Jovi, Queen and many, many more. Their daytime set at Darcy’s on June 26, starting at 2pm, aims to bring exactly that and even more feel-good vibes.