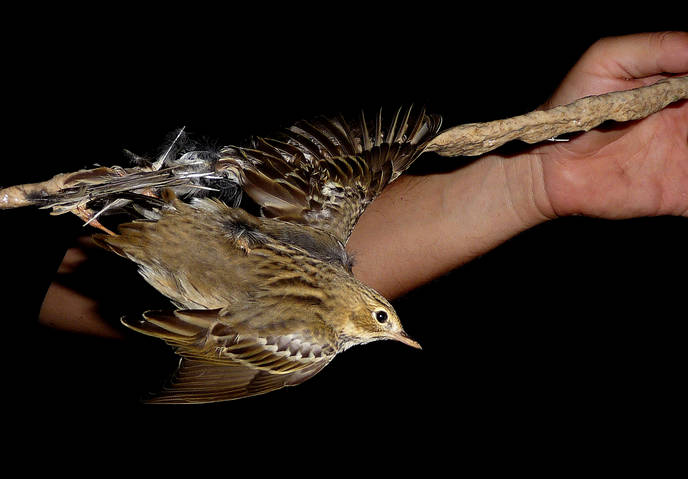 a bird stuck on a lime stick

Last week the Cyprus Mail quizzed the major political parties on a variety of environmental issues including illegal bird-trapping, ahead of last Sunday’s parliamentary elections. BirdLife Cyprus explains why the group was outraged by the parties’ responses

I always find such articles, where political parties are asked to comment on how ‘good’ they are for an issue, in this case environmental policy and legislation, very subjective and highly misleading to say the least. And this is not because the journalist putting together this article is not doing a good job – on the contrary, he/she is doing a great one raising and putting the protection of the environment as a topic in the political discussion arena.

However, as I was reading through the responses of the political parties and particularly the ones on the illegal bird trapping issue, I couldn’t help but feel annoyed and frustrated. And this is because the overall impression created to the reader from the parties’ replies was that ‘Wow, our parties really take illegal bird trapping seriously and even voted for the tightening of the legislation, putting in place severe penalties’. But the reality of course is the complete opposite.

And how do I know that? Because as the campaigns coordinator of BirdLife Cyprus I spent most of 2020 attending parliamentary meetings, meeting with political parties and preparing and sending position papers, objecting to the law amendment proposal for the reduction of fines from €2000 to €200 for the illegal killing and trapping of protected species. Because, simply put, how can someone claim that they are tightening the legislation if the fines are reduced by a 10-fold?

Despite this, this proposal was approved last December 2020 by the parliament, dropping the fine for the illegal killing of up to 50 protected birds to €200 euros. While before the fine was €2000 for the killing of even one such protected bird! Such ridiculously low fines are definitely not a deterrent to any reasonable person I would think. The only political party that truly objected to the reduction of the fines was the Greens, while the others voted for it, some afterwards trying to make ‘cosmetic’ last-minute changes, or abstained.

Now you can see why I was frustrated when I read this article. Because it makes me feel that our political parties think that either we, the general public, are stupid (when they are claiming that they want to stop illegal killing of birds by voting for a €200 fine) or that we have incredibly short memories (because this was ‘triumphantly’ passed last December by the majority of the parties).

My work for BirdLife Cyprus has involved me in campaigning against illegal bird trapping for the last 10 years. And sadly I can say that the legacy of the previous parliament on the issue of illegal bird trapping is not the tightening of the legislation and of the penalties. On the contrary, with the recent law change and the relaxation of the fines for protected species, all the amazing conservation work for bird protection achieved over the last 20 years has been reversed and demolished.

Such low fines will only encourage and worsen the illegal killing and trapping of migratory bird species, which is already a widespread problem in Cyprus.

The reality is that the newly elected parliament has been left with a ‘Wild Birds Law’ in pieces. I hope that this new parliament will reverse the bad legacy inherited from the previous one, and will make bird protection and biodiversity conservation in general, a priority.

BirdLife Cyprus, and myself through my role, will be watching and following the new members of the parliament, putting pressure on them to become more accountable to their promises and statements.

And I hope you also will be doing the same, because I believe it is the only way to rid our politicians of the delusion that we are ‘stupid’ and have incredibly bad ‘short term memories’.

Tassos Shialis is the campaigns coordinator of BirdLife Cyprus

Our View: Opening of crossings will be a welcome development