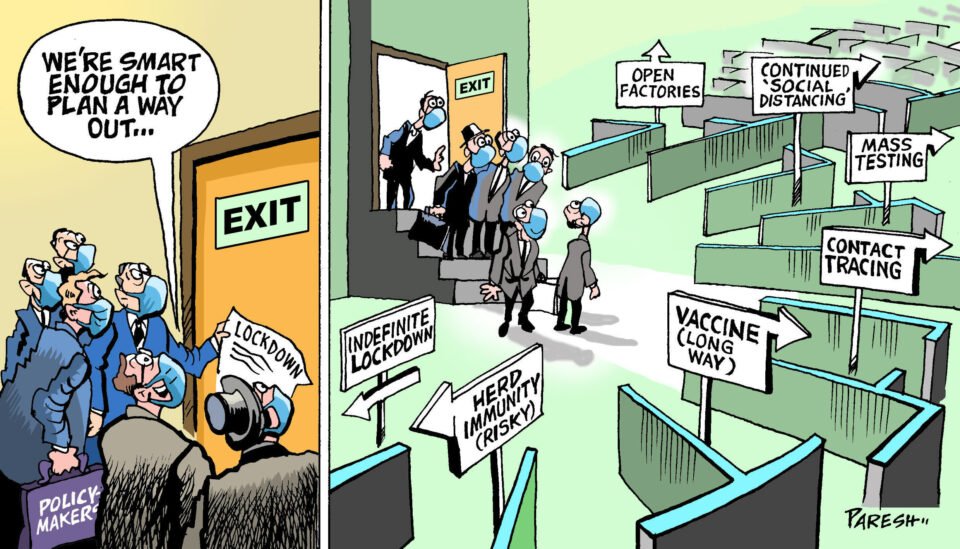 More than half of Cypriots are satisfied with the way the government has handled the pandemic, a recent Eurobarometer survey showed.

The Eurobarometer is an initiative launched in 2007 by the European Parliament that involves a series of quarterly surveys covering a wide range of issues, focusing on public perceptions and expectations towards EU actions.

The latest survey, which included questions relating to the coronavirus pandemic, was conducted between February and April with 26,669 random interviews taken across the whole of the EU, 504 of whom came from Cyprus.

In general, European citizens identified health and the economy as their two top concerns, both at a national and EU level, while Cypriots’ two main concerns were the national economic situation and unemployment.

Seventy two per cent of Cypriots believed the European Parliament should focus on supporting public health while 57 per cent said support should go to boosting employment.

However, 63 per cent also said that national measures are going ‘in the wrong direction,’ an opinion represented by 57 per cent of Europeans as a whole.

In addition, half of Cypriot interviewees answered that they considered restrictive measures and lockdowns a difficult experience.

Asked whether they believe lockdown measures are more beneficial to public health than they are to the economy, 54 per cent of Cypriots agreed, while 46 per cent thought the opposite.

In terms of battling the virus, 81 per cent of Cypriot interviewees said that anti-Covid vaccines are being developed too quickly to be safe, with 43 per cent suggesting vaccines are not the only way to end the pandemic.

At the same time, 30 per cent said that the EU should ensure a fair and equal distribution of vaccines amongst member states.

Moreover, 38 per cent of Cypriots agreed that the EU should give member states the power to support businesses financially to fight the impact of the pandemic (something that is already in practice in Cyprus).