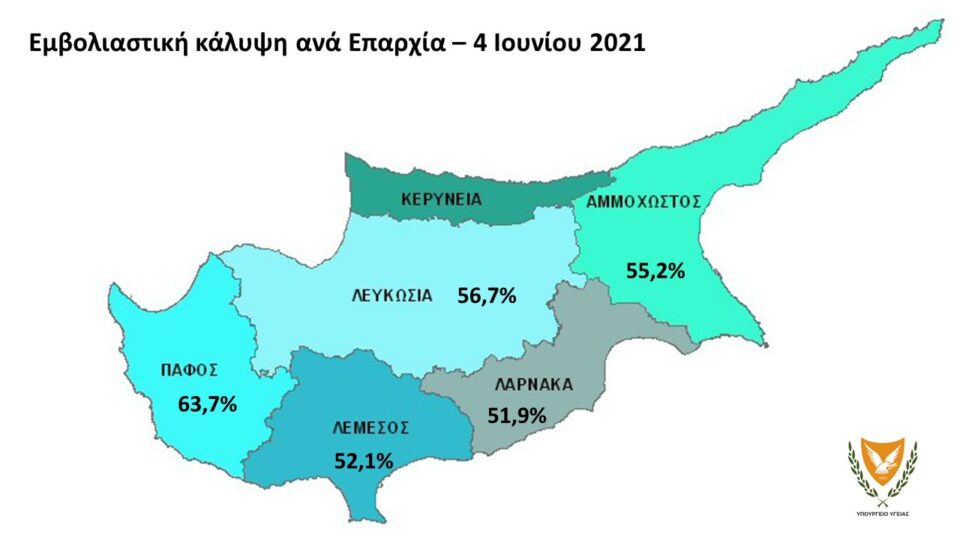 Around 55 per cent of those eligible for a vaccine have received at least one dose, the health ministry said on Saturday, with Paphos having the highest rate of vaccinations in the Republic.

According to the health ministry, as of June 4, 63.7 per cent of people in Paphos have received at least one dose, followed by Nicosia and Famagusta with 56.7 per cent and 55.2 per cent respectively.

Limassol and Larnaca have seen 52.1 per cent and 51.9 per cent of their populations receiving at least one dose.

The ministry said the effort to achieve immunity continued, aiming at administering at least one dose to 65 per cent of those eligible by the end of June.

The highest rates of vaccinated people – 80 per cent to 88 per cent – were among the older age groups, between 70 and over 80s.

Djokovic marches into fourth round with Berankis thrashing