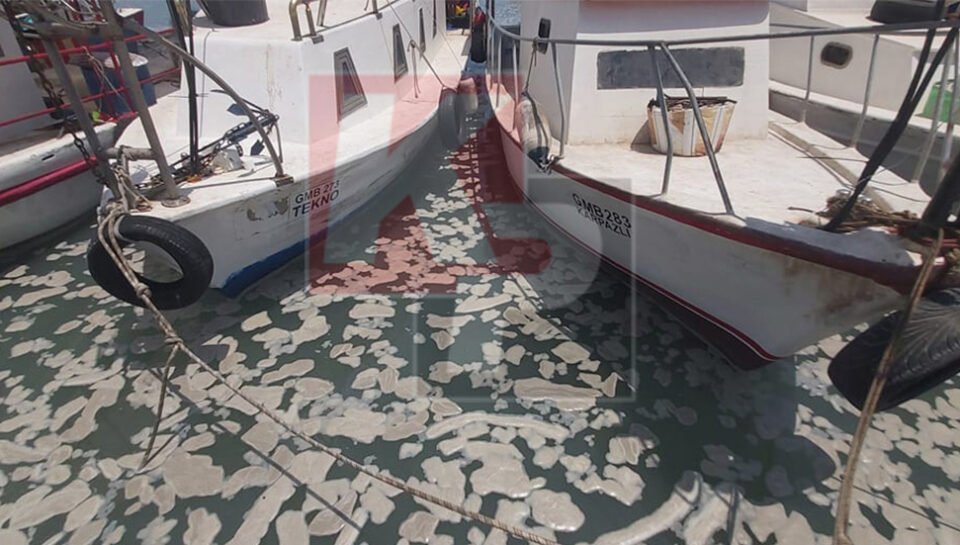 A substance resembling the ‘sea snot’ that has been plaguing the Sea of Marmara in Turkey has made its appearance in Famagusta, reports in the north said on Thursday.

According to Turkish Cypriot daily Kibris Postasi, the substance, similar to the marine mucilage affecting the Sea of Marmara, also called sea snot, was also found in the Palm Beach area in Famagusta. This area is near the fenced area of Varosha.

The daily published photos in that area with the sea water covered in a white substance resembling the sea snot first detected in Turkey. It reported that the mucilage was found only at the fishing shelter area and not the beach.

Authorities in the north will investigate to see what this substance is, the daily reported.

The thick layer of organic matter, known as marine mucilage, has spread through the sea south of Istanbul in recent weeks, covering harbours, shorelines and swathes of the surface. Some has sunk below the waves, suffocating seabed life.

Turkish authorities have launched a disaster management programme to clean up the mucilage.

According to scientists, climate change and pollution have contributed to the proliferation of the organic matter, which contains a wide variety of microorganisms and can flourish when nutrient-rich sewage flows into seawater.

Experts linked the increasing amount of sea snot to high sea temperatures stemming from climate change as well as the discharge of untreated sewage into the sea.

Turkish President Tayyip Erdogan had blamed the outbreak on untreated water from cities including Istanbul, home to 16 million people, and vowed to clear Turkey’s seas from the mucilage scourge.

Scientific literature describes the substance as also being known as ‘marine snow’. It can occur worldwide but is particularly prevalent in the shallow Adriatic Sea and within the Mediterranean basin. Mucilage was reported for the first time in 1729 and was originally described as a ‘dirty sea’ phenomenon.

Scripps Institute of Oceanography said other notable outbreaks occurred in 1989, 1997, and 2000.

“All organisms produce mucus as part of their survival strategies, such as for protection from microbial attack or to capture food. Some organisms such as algae and bacteria release mucus into the environment in large amounts, and many microbes also degrade and use it for their nutrition,” said Scripps.

According to the Scripps paper, mucilage events are not the same as microalgae blooms, which are caused by excessive nutrients in seawater, usually from agricultural runoff. It suggested that precursors of mucilage exist for almost the entire year in the northern Adriatic. On some occasions during warmer months, gels start to aggregate in massive amounts and rise to the surface.

Lake Soros at risk from lead contamination due to hunting

Cyprus News Digest: Cypriots can travel again to the European mainland by sea

Court to convene in hospital after man shoots son