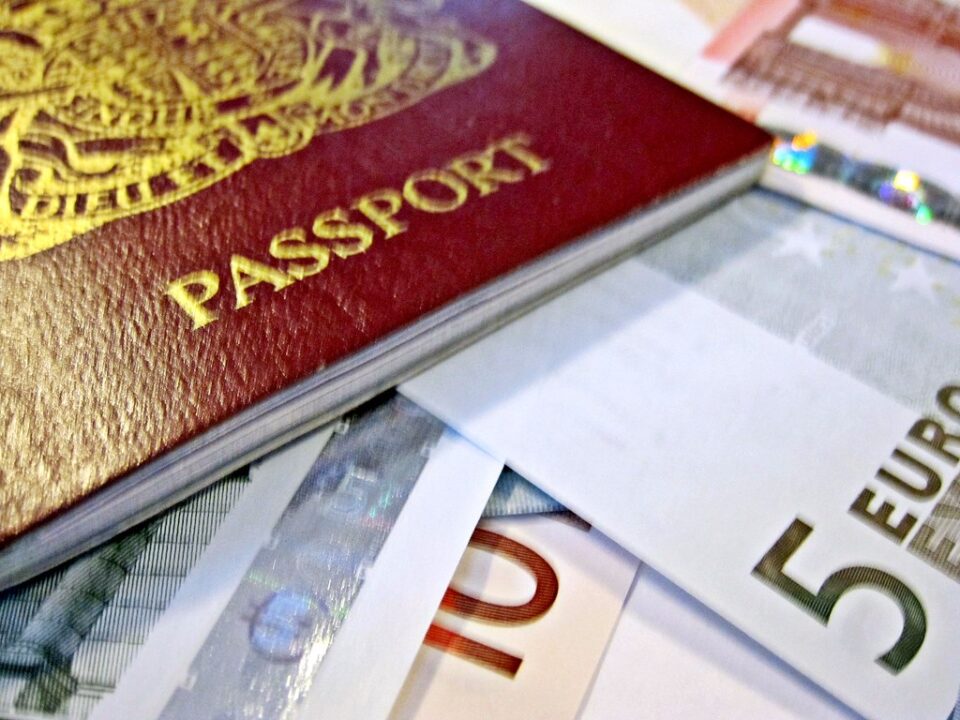 Nationality is normally acquired by birth, parentage or long residence because each of these suggests a sense of belonging that cements the individual to the society of the country of which he is a national.

But what if instead of birth, parentage and long residence someone purchases a nationality from a state willing to sell it? Is that in and of itself corrupt or abuse of an idea? Most people would say it is obviously a corruption of some sort, but of what?

Cometh the hour cometh the man – or book. Media Corruption in the Age of Information by Dr Edward Spence of the Department of Philosophy, University of Sydney, Australia has just been published by Springer at exactly the right time to help people understand institutional corruption.

Before I go any further, I must declare an interest because Dr Spence is a close friend originally from Larnaca. We were both at the American Academy in the 1960s and remained close friends ever since. So the praise I heap on his book must be taken with a tiny pinch of salt. Also, I speed read through most of it, focusing on the chapters relevant to corruption generally, rather than the main thrust of the book which is corruption of information by Big Tech multinationals like Google and Facebook. Dr Spence’s book is an excellent tool in the war against corruption.

His thesis is that the Big Techs are masquerading as platforms beyond the reach of the law when they are in fact media outlets that should be subject to the usual constraints and legal responsibilities of all media institutions.

He castigates their malign domination of Information as fundamentally corrupt. They wield enormous power as hubs of information yet are answerable to no one. They are in a fiduciary relationship of trust with their users but as the Cambridge Analytica case shows, they are not just neutral information platforms on which information flows but repositories of personal data which they use unlawfully for gain while claiming the moral high ground.

Dr Spence shows them up as institutionally corrupt by reference to the constituent elements of corruption: access and use of power secretly for profit in breach of fiduciary trust. He cites to felicitous effect Plato’s Myth of the Ring of Gyges from which he extrapolates the problem posed by corruption, paraphrasing Plato as follows: “Why not act corruptly, when you can do so for profit or glory and remain undetected and immune from public scrutiny and punishment? Better to pretend that you are moral and act immorally and corruptly in secret.” Plato calls this “a perfect injustice – appearing just when you are not”. To which the short answer Dr Spence provides is that according to the ancients wealth can’t buy you eudaemonia – a kind of perfect happiness humans strive for wittingly or unwittingly.

The storyline of the Myth of Gyges is instructive. A shepherd from Lydia named Gyges found a ring which he put on his finger and discovered that by turning it he could make himself invisible, whereupon he went to the palace with a delegation of shepherds to see the King. Then by making himself invisible, he seduced the Queen, killed the King, and assumed total power by becoming the new King. Thus he was able to act unethically by using a magical ring with total immunity in circumstances of perfect injustice.

It is instructive because a kind of Ring of Gyges was handed to the government of RoC when Cyprus joined the EU in 2004, namely the power to grant EU citizenship. According to EU law every national of Cyprus is automatically a citizen of the EU and as such can travel freely to every other member state in the European Economic Area without let or hindrance. But crucially only member states have competence to decide their nationality laws and naturalisation procedures – the EU has no competence.

Europe is both a playground and a haven for the rich and infamous round the world. But it is also fortress Europe for immigrants and as immigration control became tougher over the years the demand for EU passports by those able to afford purchasing a nationality became more acute.

There is now a huge market round the world for EU passports and where there is a market there are traders and trading nations and Cyprus traded in cash-for-passports with gusto.

So if you are a Russian or Arab billionaire and you want to travel freely in and out of the European Economic Area, which includes Switzerland as well as all the member states of the EU, why not purchase an EU nationality of convenience if there is a country able and willing to sell her nationality?

Selling Cypriot nationality was bound to become a problem when the government of RoC inevitably became infected with corruption and politicians and decision makers were caught on camera on the make and on the take, exemplified by the ex-president of the House of Representatives winking in flagranto delicto, glass of red wine in one hand big cigar in the other – a perfect caricature of corruption if there ever was one

The fault, however, is the EU’s because its treaties handed over competence in nationality matters exclusively to member states. There is nothing to prevent the EU from converting this into a shared competence with member states rather than by way of taking infringement proceedings against Cyprus.

I don’t myself think that the infringement proceedings brought by the EU are sound in law. If a state has exclusive competence about nationality, then it would be interesting to see how the Court of Justice of the EU extrapolates an obligation on Cyprus not to sell her nationality to third country nationals. However crude and corrupt that sounds it is nothing compared to the corruption of the law if the Court of Justice of the EU creates obligations where none exist – a perfect injustice indeed!

Walking on water: should cities expand into the sea?