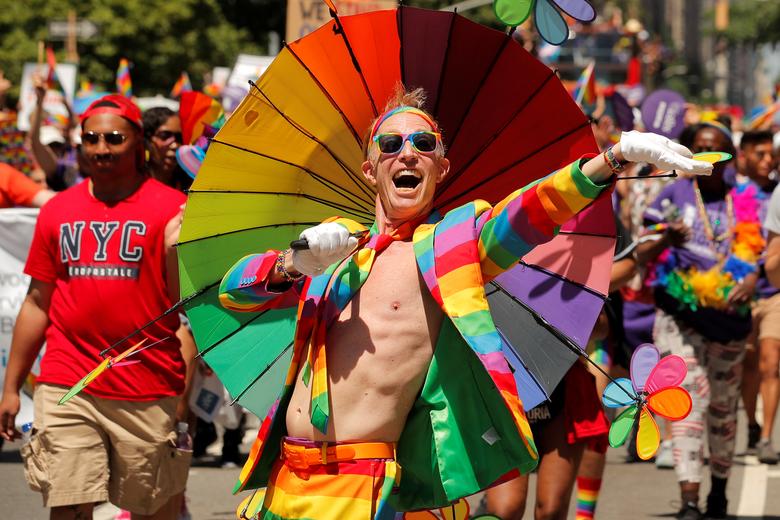 June is internationally recognised as lesbian, gay, bisexual, transgender, queer and intersex (LGBTQI+) Pride month. This commemoration and celebration has its roots in American history, but is now a global effort to celebrate LGBTQI+ voices and their many contributions to our world. To all those celebrating the achievements of the LGBTQI+ community, or commemorating the struggles and sacrifices of so many in your community, I wish you a very happy Pride month.  The United States stands with you.

Like many other important anniversaries that celebrate freedom, Pride month has its roots in an uprising. On June 28, 1969, LGBTQI+ people in New York City took to the streets for several days, following a violent raid by police at The Stonewall Inn in Greenwich Village. At that time, the American medical community considered homosexuality a mental disorder, while many state and local laws discriminated against the LGBTQI+ community and criminalised same sex acts. The protests that night sparked a movement. Laws and policies were overturned and attitudes towards homosexuality and gender identity slowly began to shift. In the fifty-two years since Stonewall, the LGBTQI+ community has fought and won many battles for acceptance, respect, and admiration in the United States and around the world.

The theme for Pride this year is ‘You are included’. Diverse experiences, perspectives and contributions make institutions and societies stronger. Yet so many fear what is different. Many members of the LGBTQI+ community – in the United States, in Cyprus, and throughout the world – are not included. As was the case in my country in 1969, they face discrimination, violence and other forms of persecution because of who they are and who they love. Such stigma is a global challenge, and one that remains central to our shared commitment to promote human rights. The United States is committed to freedom and dignity for all – you are included.

As President Joe Biden said in his inaugural address, the United States is committed to leading not by the example of power but by the power of our example. We respect each country’s right and responsibility to ensure that all individuals can freely enjoy the human rights and fundamental freedoms to which they are entitled. It is not American policy to coerce governments to adopt our agenda. It is our policy never to remain silent in the face of discrimination and oppression. So we will continue to advocate for greater inclusion of LGBTQI+ people at all levels of society, in all countries. We support civil society organisations, like Accept here in Cyprus, that work to empower the LGBTQI+ community and to ensure appropriate enforcement of the laws protecting their rights as citizens. We proudly display the pride flag at our embassy here in Cyprus and our embassies around the world, and (where Covid protocols permit) march alongside local advocates in Pride parades.

This Pride month, I hope everyone takes time to remember the struggles and sacrifices of LGBTQI+ people past and present, to celebrate the achievements of the last six decades, and to recommit ourselves to build on that success. Everyone needs to hear the message: you are included.

Judith Garber is the US Ambassador to Cyprus