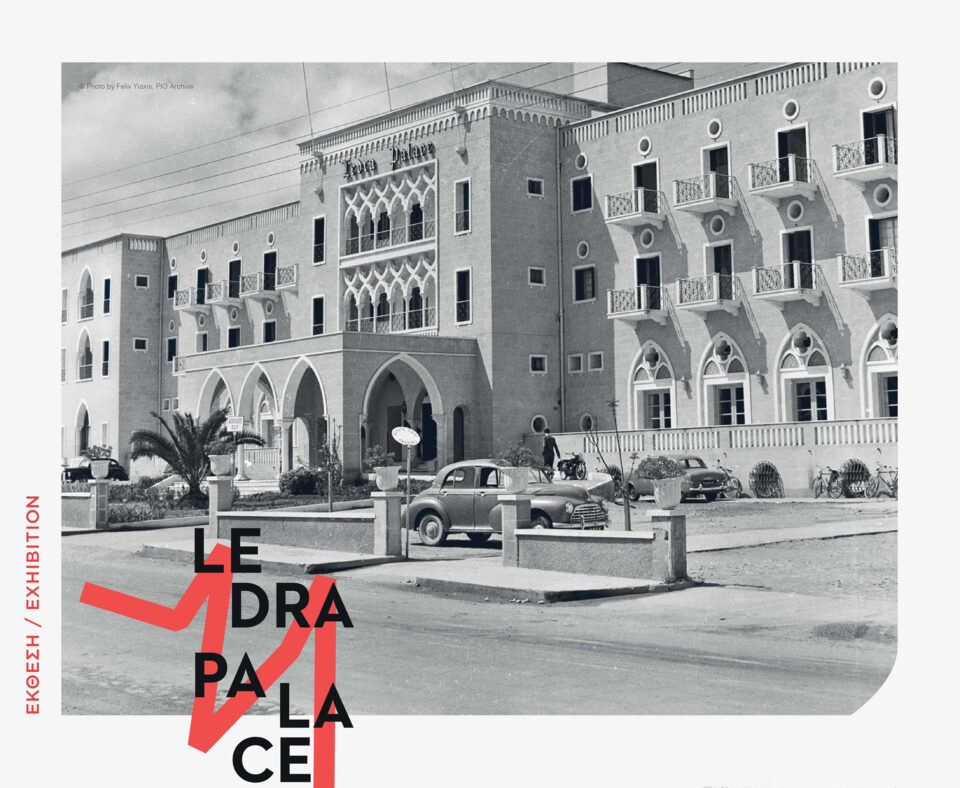 A new exhibition in Nicosia allows visitors to take a trip down memory lane. Or for younger ones to learn about the recent history of the island exemplified by one its historical buildings, which is not just a place of conflict. Antigoni Pitta, and her granny, take a look around

My grandmother is losing her memory. It’s not too bad yet but there are moments when she’ll forget about minor things like where she put her glasses, or slightly bigger things like the assassination attempt on Makarios. But her memory of her own past is still crystal clear, and with the right stimulus she’ll dig up stories from her youth. Born and raised within the walls of Nicosia, her stories of a capital lost in time always charmed me. The Ledra Palace hotel often featured in these stories, so with the opening of the Ledra Palace: Dancing on the Line exhibition at the Leventis Municipal Museum I knew I had to take her.

For me and others born after 1974, the Ledra Palace has always been a place where time seems to have stood still, a mysterious building holding secrets behind its bullet-ridden facade. Straddling the buffer zone, the hotel has housed UN peacekeepers and political talks since 1974, cemented in the minds of the young as a symbol of conflict and division, and of the old as one of loss.

According to curator and AG Leventis Gallery director Loukia Loizou Hadjigavriel the Ledra Palace was “The place for gala dinners, wedding receptions, festivities, beauty contests and socialising of the new social classes emerging after the Second World War,” especially after the establishment of the Republic of Cyprus in 1960. It was also key to “the development of commercial and financial agreements between entrepreneurs” who would meet at the hotel’s renowned Cyprus Bar to discuss business.

“Oh, those are bygone days,” said my grandma when I asked her about the 1960s, when she too would visit the hotel. Indeed – entering the exhibition, we were greeted by a red square on the floor similar to the one on the marble floor of the once-grand hotel where UN soldiers would leave their equipment and weapons as they entered. To our right, replica room keys open windows to key dates in the hotel’s history, forming a comprehensive timeline.

I stopped to open them all as my grandmother made a beeline for the display cases full of memorabilia from the hotel’s opulent past. As I was intrigued by gala menus, fashion show and concert programmes and invitations to costume parties my grandma was scanning the photos on display for familiar faces. “Are you in any of them?” I asked. “That’s what I’m trying to figure out!” she responded before pausing for a second. “Look, that’s a cousin of mine,” she said, pointing at a photo.

Two years in the making, the exhibition took its curatorial team, which includes academics Antigone Heraclidou and Theopisti Stylianou Lambert, on a journey through the history and political and social development of the past 50 years and more of the recent history of Cyprus, Hadjigavriel told the Sunday Mail. “We spent a great deal of time interviewing people whose stories intermingled with the hotel’s history,” she said.

The focal point of the exhibition is a screen where interviewees give their own personal memories of the Ledra Palace. Some lived through the hotel’s golden age; one is a UN peacekeeper; another fought in the “battle of Ledra Palace,” responsible for the bullet holes on the walls. “All had vivid memories and gave us unique descriptions of the hotel, of special moments they remember,” Hadjigavriel added.

“Memory is a huge theme of the exhibition,” Heraclidou said, “And so is nostalgia. Visitors who have experienced the Ledra Palace one way or another will travel back in time and remember moments of the past, theirs, and their country’s”. At the same time, she added, “visitors who have never heard of the Ledra Palace, or they have merely passed by it, will have the opportunity to explore its history, and by extension, learn more about the political, economic, and social history of their island”.

In the next room, a Virtual Reality segment allows visitors to attend a dinner party in the hotel’s digitally recreated grand ballroom. Unsure how she would respond once the headset was on, I watched as my grandma lost herself in the moment, trying to grab a glass from the table and make a toast. While I was curious to peek at the inside of the hotel, she got to revisit it through technology.

This was done in collaboration with CYENS Centre of Excellence’s Museum Lab Multidisciplinary Research Group, led by Lambert with Heraclidou as a Research Associate. The Museum Lab MRG uses emerging technologies to create immersive experiences that help viewers negotiate “difficult or awkward heritage”. No place could better exemplify this than Ledra Palace.

Ledra Palace was always at the centre of political developments in Cyprus, and a place where negotiations between Greek and Turkish Cypriot communities took place, Hadjigavriel said, especially after 1974 where it became a meeting place for groups trying to find bicommunal paths for the future of the island. “Above all, [making the exhibition] we got acquainted with our recent past, [so that] we’re able to understand the present condition of the hotel and make a wish for a better future”.

Lambert, who is also an Associate Professor at Tepak’s department of Multimedia & Graphic Arts, said that collecting material for the exhibition was an “amazing experience” that helped her see “how much the social and the political are interwoven”. Like me, she always associated the Ledra Palace with conflict. “It was the place where UN soldiers were stationed, where talks for the Cyprus problem were taking place, where we had demonstrations as young students.

“What was largely unknown to me,” she continued, “was the intense social and cultural life of the hotel: the parties, fashion shows, beauty contests, art exhibitions, visits by famous people… I dare say that for me the Ledra Palace is a familiar place with a long history in a space of conflict. Much like the whole of Cyprus”.

The exhibition is not meant to be a time capsule, Heraclidou emphasised. Each visitor will take away something different, but they are not meant to “engage in an uncritical nostalgia of a lost past or to take sides,” but rather to use the fragments of memories coming from a range of different people to “analyse critically the Ledra Palace Hotel and, as an extension, the recent history of Cyprus,” she explained.

As my grandmother and I walked back outside, I asked her what she thought. She reiterated her previous statement, telling me it’s in the past. As we walked back to the car, I wondered what will become of the Ledra Palace. Will future generations get to go inside, or will it remain a staunch reflection of the island’s political climate?

“The future of the hotel is still uncertain, and so is the future of Cyprus,” Heraclidou said. “This is something we would like the visitors to think about during their walk down memory lane”.