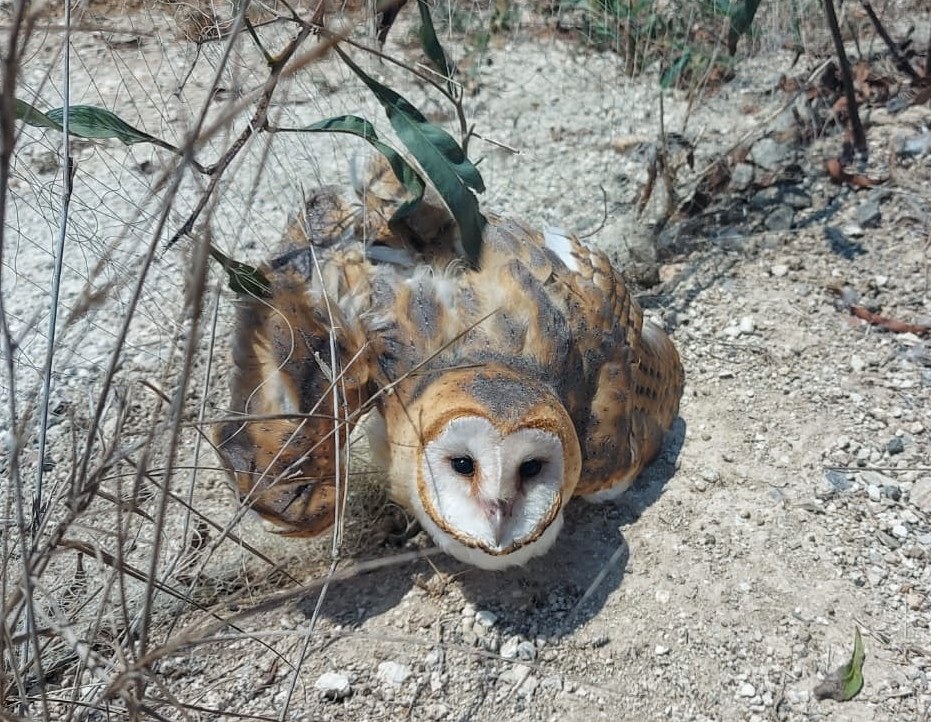 Members of the Committee Against Bird Slaughter (CABS) have rescued a barn owl that was caught in a net near Paralimni, the NGO said in a Facebook post.

The owl was weakened and completely overheated, and the sharp nylon thread had cut into its leg and had to be removed very carefully. It is now being cared for by CABS, is doing well and will hopefully be fit for release soon, the group added.

The group is best known for its efforts against illegal bird trapping on the island. Though the spring trapping season is over, a CABS team is currently checking ground nets in the southeast of the island.

“Homeowners use these nets to keep snakes and other reptiles away from their properties. They are a treacherous death trap for animals of all kinds – besides snakes and lizards, wild birds also frequently get caught. They die a slow sufferable death because the landowners practically never check the installations,” it said.

It is not uncommon to find the skeletons of dozens of protected animals in the recklessly laid nets, it noted, adding that this specific barn owl was very lucky as it was rescued from a ground net on Sunday by a CABS member.

Residents of Episkopi say they are ‘not just poor country relatives’