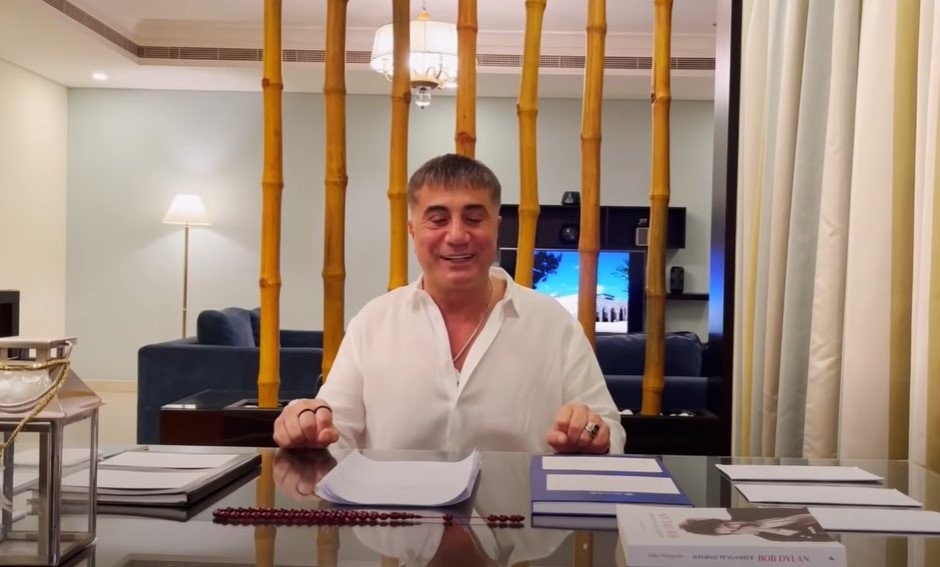 Sedat Peker, a convicted Turkish mob boss whose online videos have shaken Turkish politics, was questioned by Dubai police and released after several hours on Sunday, according to his press adviser and a comment by Peker on Twitter.

Since early May, Peker has been in Dubai publishing YouTube videos viewed over 100 million times – in which he has made uncorroborated allegations about top Turkish officials close to President Tayyip Erdogan.

Emre Olur, the adviser who said he had been working with Peker for years, told Reuters that police had invited Peker to make a statement, so he voluntarily went alone with no guards or devices such as a phone.

Late on Sunday, Peker said he had a discussion with the police and they had told him of death threats against him.

“We had a conversation due to the depth of claims against me. The police told me that I am a guest in their country like everyone else as there is no Interpol decision against me,” Peker said on Twitter.

“They also said there is no problem for me to stay or leave the country,” he said.

Dubai police, the United Arab Emirates foreign ministry, its government communications office and the Dubai media office did not immediately respond to requests for comment.

Turkey’s government did not immediately comment on Peker’s meeting with police.

Peker, 49, rose to prominence in the 1990s as a gangland figure and was sentenced to 14 years in prison in 2007 for crimes including forming and leading a criminal gang. Political parties have sought to capitalise on the dispute, with the main opposition calling for Soylu to resign.

In Peker’s series of videos , he makes allegations regarding suspicious deaths, rape and drug dealing, and alleges links to officials close to Erdogan.

They prompted Erdogan to defend his interior minister, Suleyman Soylu, against accusations of corruption. The president called the allegations an attack against Turkey.

Olur said Peker had sought to move on to another country but was still in the United Arab Emirates. “This is not an arrest,” he said of the police questioning. “There was an invitation.”

Public health should be priority for new parliament say patients