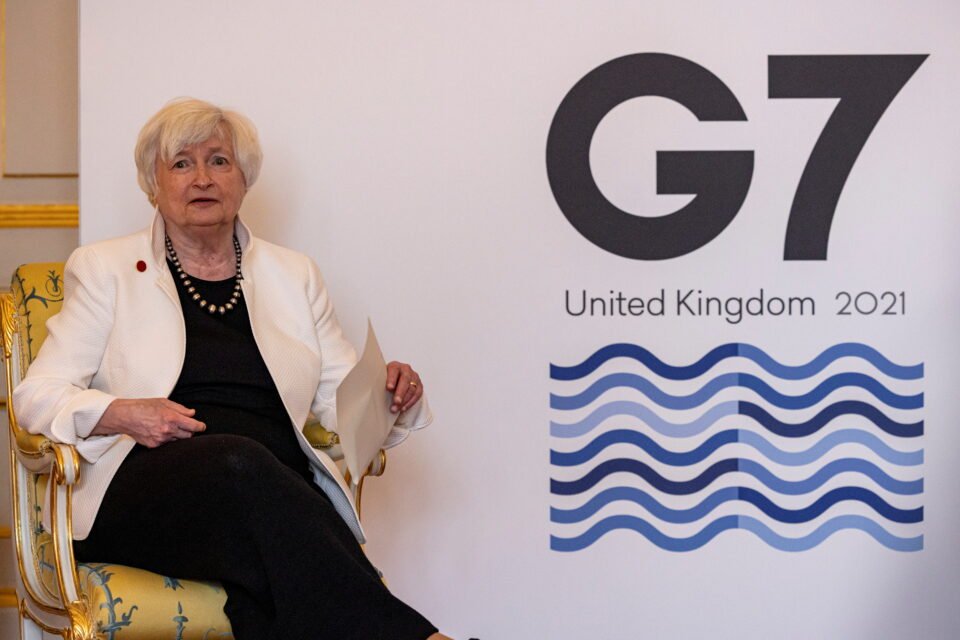 Global crises often pave the way for major reforms. The agreements that regulate the monetary system and global trade were reached in the wake of the Second World War. The key characteristics of the current corporate tax system date from a century ago. Today the consequences of Covid-19 have created new momentum to reform that system.

The bill for tackling the emergency and reconstructing our economies will run into trillions of euros. There is a strong demand for everyone, not least the corporations that have benefited so handsomely from the lockdown-driven acceleration in digitalisation, to pay their fair share. This is indispensable also for other reforms and investments linked to the climate transition.

But the impact of the crisis would not have been sufficient to launch the reform of global taxation without the stance taken by the United States. Washington’s determined, constructive engagement, expressed by Janet Yellen at the London G7 and in other discussions held virtually over the past few months, has been a breath of fresh air after the obstructionism of the Trump administration. This has been one of the most striking and welcome signs of the United States’ return to a multilateral vision.

The G7 agreement covers the allocation of taxing rights for the world’s biggest and most profitable multinationals. They will pay taxes where their profits are realised, not just where their headquarters are located. The G7 agreed that countries should be able to tax at least 20 per cent of the profits (above a margin of 10 per cent) that these companies make from activity carried out on their territory. On a global minimum tax, agreement was reached on an effective rate of at least 15 per cent on a country-by-country basis. The G7 also underlined that an agreement should be reached in parallel on both these pillars and committed work to make this happen at the next meeting of G20 finance ministers and central bank governors, which takes place in Venice on July 9-10.

An understanding was also reached on what has been a major source of transatlantic discord: the future of digital services taxes introduced in recent years in a number of European countries. There is to be ‘appropriate coordination’ between the application of the new international tax rules and the removal of these taxes, and other relevant similar measures, on all companies.

The G7 is a grouping of wealthy democracies in which the European Union also participates. It is culturally diverse but – especially at the current juncture – like-minded on crucial issues. Of course, we still have much work to do to expand the consensus achieved in the G7 to the wider international community. I know that some, not least in Europe, remain wary of these changes. Yet if the past year has taught us anything it is that we can only address the extraordinary challenges of our time by coming together and designing common solutions. Moreover, many other G20 countries would benefit from a fairer allocation of taxing rights. So I am optimistic that this common G7 position will give a major impulse to the next phase of discussions in the much broader OECD/G20 Inclusive Framework, which brings together 139 jurisdictions.

Europe and the world are determined to build back better our economies and we have a chance to do the same for international taxation, inspired by the principles of fairness and sustainability. A positive outcome to this process would adapt the allocation of taxing rights to the contemporary world. It would herald the end of a global race to the bottom in corporate taxation: a race that countries have been running for too long, producing very few winners but many billions of losers. That is a prize worth fighting for.