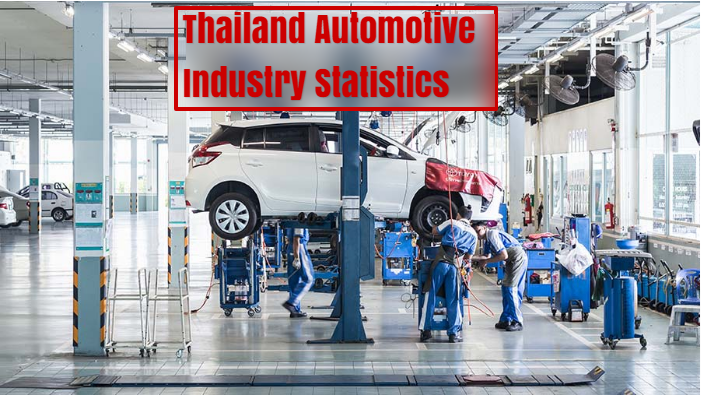 After the January and February lockdown, car sales in Thailand dropped by a huge margin. As of May this year though domestic car sales in Thailand grew by 93.07 per cent, an indication of better days ahead. This didn’t come as a surprise to many auto manufacturers and local sellers since marketing strategies and production of cheap cars were at high levels.

Surapong Paisitpattanapong, the FTI’s automotive industry division spokesman, reaffirmed their domestic car sales target of 750,000 units this year would be a reality. Additionally, he said their production target of 1.5 million units this year is likely to be exceeded.

With half of these units meant for sale within Thailand there would be surplus supplies if coupled with imports made by car dealers. But with the surge of Covid-19 infections in Thailand and shortage of microchips will these projections be a reality?

Just like any other automotive market, Thailand’s industry has witnessed a steady decline in sales as reported by Thailand Car News Portal. Both OEMs and dealerships have all recorded declined sales.

This year’s sales are expected to be slightly lower compared to 2020 due to the pandemic spikes both domestic and international. The low demands for exports and movement restrictions have negatively impacted not only vehicle exports but also imports.

As of January and February 2021, car sales plunged by huge margins but in the subsequent months, car sales have grown steadily with March recording a surge of 25.47 per cent and 93.07 per cent in April. Unfortunately, as of May 2021, domestic car sales have dropped by 5.3 per cent. This is largely attributed to the surge of the pandemic second wave.

Why domestic car sales are likely to surge again

The Thai government has offered several economic stimulus packages intended to stimulate Thailand’s automotive industry growth in 2021. Investment privileges and tax exemptions to auto manufacturers are more likely to lower the prices of many models.

EVs adoption is the key government’s agenda. The push by the government and Thailand Board of Investment (BOI) to make EVs affordable and available is expected to boost sales. With EVs being economical and cheap to maintain, domestic vehicle buyers are most likely to turn to them.

As Nissan plans to build electric vehicle battery manufacturing plants in UK and Japan, Foxconn has already invested $36 million in partnership with Gigasolar to produce EV battery materials. With more market players joining the league and the government offering some relief to manufacturers, everyone expects EV batteries to be cheaper in the near future.

Once EVs batteries become cheaper, readily available for replacement and are capable of offering long drives, the adoption of EVs will increase by a high margin.

With more stringent measures already in place to phase out conventional cars powered by diesel or petrol, more and more cheap cars have been released to the market.

Road and EVs charging infrastructure have been diversified to make it comfortable and convenient for drivers to drive across the cities.

Internship in Cyprus in 2022 — Options & Peculiarities