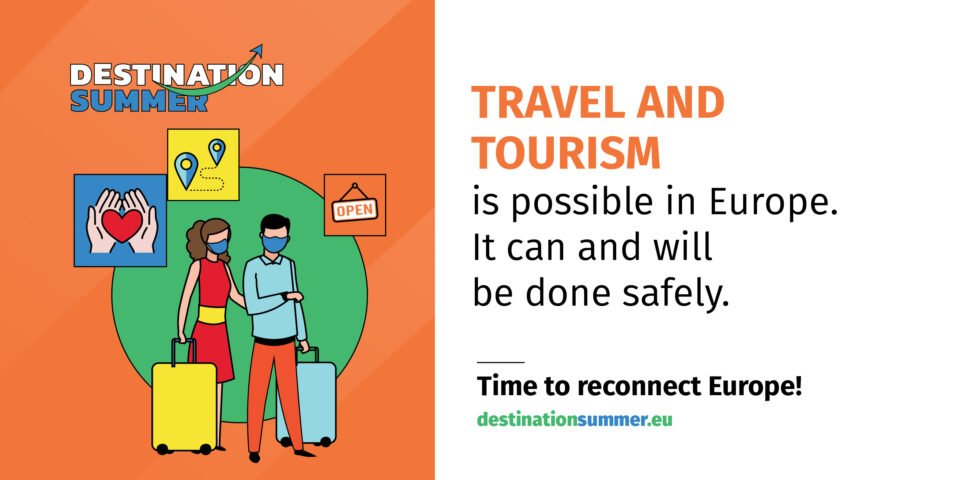 Hermes Airports, which operates the Larnaca and Paphos facilities, has joined other tourist sector stakeholders to push for the safe reopening of European borders and the easing of travel restrictions across Europe, it said on Friday.

The Destination Summer campaign aims to work with European Union and national policymakers to adopt a harmonised approach for the lifting of travel restrictions – enabling the safe and smooth resumption of free movement for European citizens, Hermes Airports.

“Thanks to ongoing vaccination campaigns across Europe, growing scientific evidence around the efficacy of vaccines, increased testing capacities, and improvements in the epidemiological situation, the prerequisites are now in place to enable the reopening of travel and tourism in a coordinated manner that is consistent with health measures and avoids unfair discrimination between vaccinated/non-vaccinated travellers,” Hermes added.

The coalition is calling for a common European approach based on the restoration of freedom of movement in the EU, notably via the swift implementation of the EU Digital Covid Certificate.

It also wants to see the roll-out of affordable, reliable and rapid EU testing capabilities that will allow for the end of blanket quarantines and the use of the growing availability of antigen tests.

The announcement also called for a progressive resumption of non-essential international travel through a regular revision of the ‘EU White List’ to allow entry into the EU for travellers coming from third-countries with a good epidemiological situation, and for those inoculated with EU-authorised vaccines.

“Freedom of movement is a core European principle and citizens need to be able to move both freely and safely,” said Senior Manager Aviation Development and Communication of Hermes Airports Maria Kouroupi.

“After 15 months of lockdowns and travel restrictions, it is time to reunite travellers in Europe. Destination Summer, a campaign launched with the active participation of the most important tourism stakeholders and Hermes Airports, aims to promote responsibility with an aim to establish the potential for the fastest and long-term recovery,” she added.