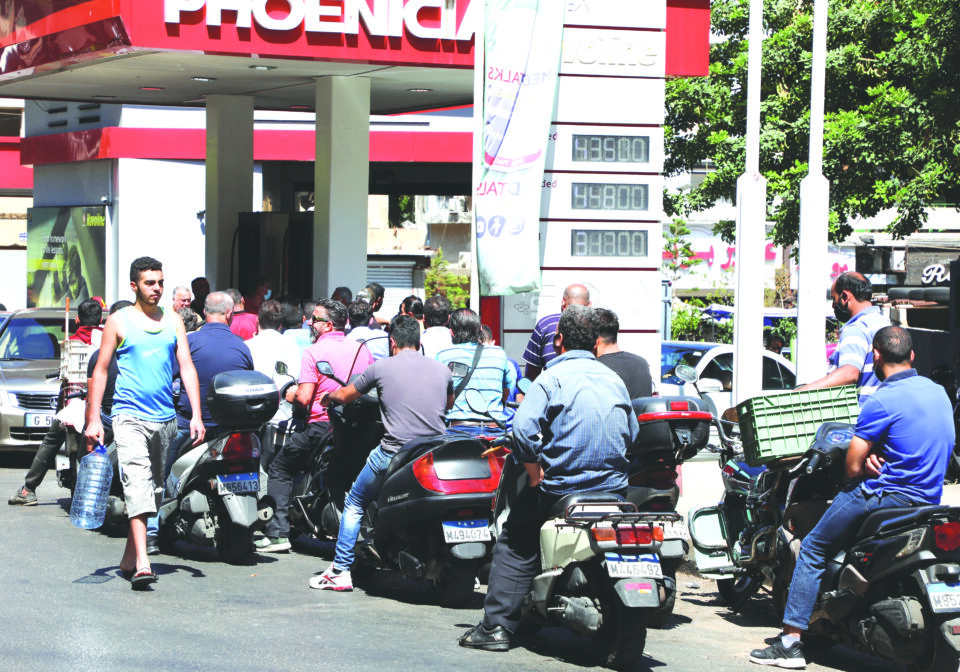 Motorbike riders wait to get fuel at a gas station in Beirut, Lebanon

The European Union’s foreign policy chief told Lebanon’s leaders on Saturday they were to blame for the country’s political and economic crisis and some could face sanctions if they continue to obstruct steps to form a new government and implement reform.

Speaking after what he called a “frank exchange” with President Michel Aoun, Josep Borrell said he was bringing a firm message that the country stood on the edge of financial collapse and politicians could not afford to waste more time.

“The crisis Lebanon is facing is a domestic crisis. It’s a self-imposed crisis,” he told reporters after talks with Aoun.

“It’s not a crisis coming from abroad or from external factors. It’s a home-made crisis, a crisis done by yourselves.”

Lebanon’s currency has lost 90% of its value. More than half the population are living in poverty and struggling with rampant inflation, power blackouts and shortages of fuel and food.

The crisis has been exacerbated by political stalemate, with Prime Minister-designate Saad al-Hariri at loggerheads with Aoun for months over forming a new government capable of introducing reforms which could unlock desperately needed foreign aid.

“We stand ready to assist,” Borrell said. “But if there is further obstruction to solutions to the current multi-dimensional crisis in the country, we will have to consider other courses of action as some member states have proposed.”

“The council of the European Union has been including other options including targeted sanctions.”

The possible sanctions are part of an effort by some EU states, led by France, to ramp up pressure on Lebanon’s fractious politicians after nearly a year of gridlock.

An EU diplomatic note seen by Reuters showed that criteria for the sanctions under preparation are likely to be corruption, obstructing efforts to form a government, financial mishandling and human rights abuses.

The bloc has yet to decide on which approach to take. Borrell will report back to foreign ministers on Monday after his talks in Beirut, where he was also due to meet Hariri, the speaker of parliament and the caretaker prime minister.

Paris says it has already taken measures to restrict entry for some Lebanese officials it sees as blocking efforts to tackle the crisis, which is rooted in decades of state corruption and debt, although it has not named anybody publicly.

While politicians bicker, funds still bleed from the country’s Central Bank to support a fuel and food subsidy programme which costs $6 billion a year and which ministers say Lebanon can no longer afford.

Foreign reserves have halved in less than two years and the bank urged the caretaker government on Wednesday to approve a plan to ration the subsidies and target people in most need.

Borrell said the country had to form a new government, agree a reform programme, and reach an IMF loan deal. Once that deal was reached, the European Union was ready to look at providing “significant amounts of money” in loans and assistance.

“Lebanon needs an agreement with the IMF and there is no time to waste,” he said. “You are at the edge of the financial collapse.”

Erzbergrodeo: the hardest dirt bike race in the world