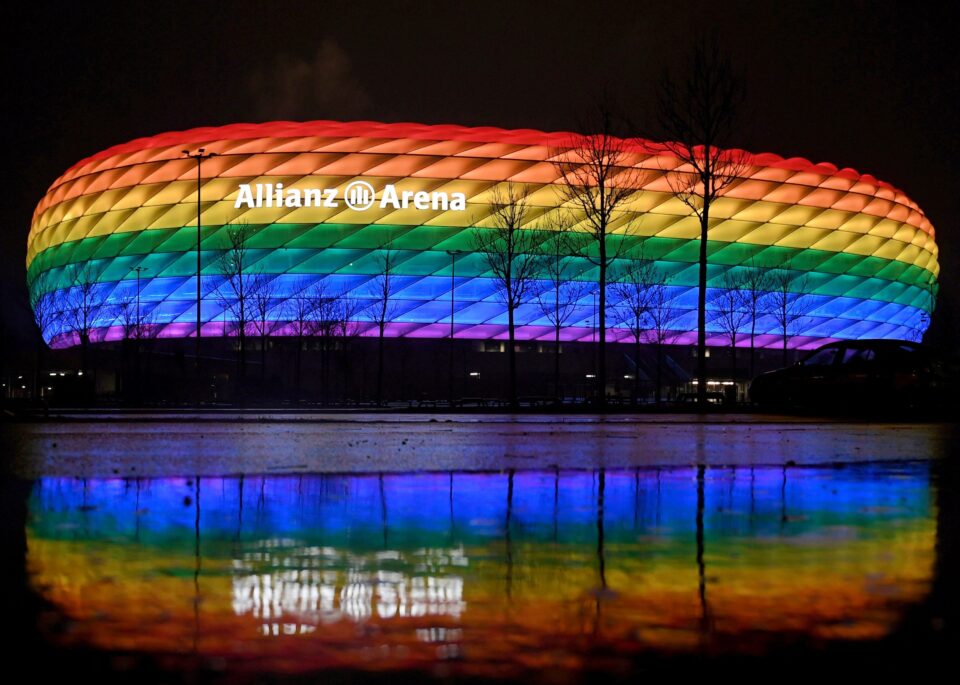 General view outside the Allianz Arena in rainbow colours

German health minister Jens Spahn has been angered by what he slammed as a “very irritating” UEFA decision to stop Munich’s Allianz Arena being lit in rainbow colours for Germany’s Euro 2020 match against Hungary to protest an anti-LGBTQ law.

Munich’s mayor Dieter Reiter suggested making the gesture during Wednesday’s match to highlight legislation in Hungary banning school materials deemed to promote homosexuality and gender change and restricting the media from showing such content in programmes accessible to minors.

“This decision angered me,” Spahn told Handelsblatt newspaper on Wednesday. “Important sponsors of the Euro and of UEFA are state companies from China, Qatar and Russia.

“Those are authoritarian states who have severe problems with rights for women, homosexuals or different thinking people.”

Spahn, the Christian Democrat party’s most prominent gay politician, said he found it “very irritating ” that this was not an issue for UEFA but the colours of the rainbow were.

The Allianz Arena, home to Bayern Munich, is configured to allow the exterior and roofing to be lit up in colours.

“UEFA receives money from authoritarian states and so gives them influence,” Spahn said. “This in a way is also politics. So how does the allegedly this neutral organisation not clash with its own principles?”

UEFA could not immediately be reached for comment when contacted by Reuters.

There has been widespread criticism of UEFA’s decision in Germany, including politicians, businesses, as well as rights groups.

Munich mayor Reiter called the decision “shameful”, while several stadiums in Germany will light up on the evening with the rainbow colours.