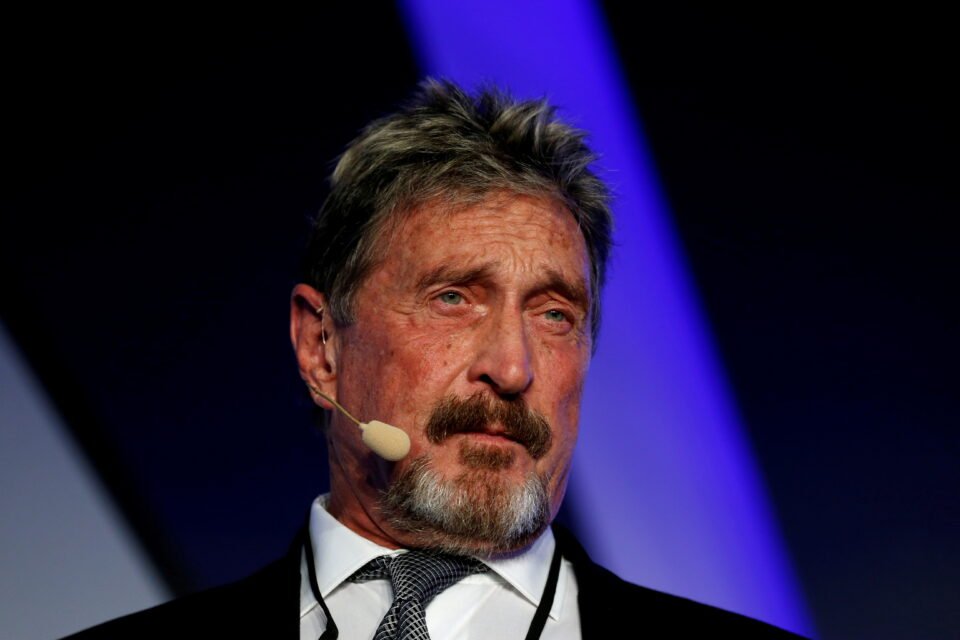 US technology entrepreneur John McAfee apparently hanged himself in his prison cell on Wednesday after the Spanish high court authorised his extradition to the United States, his lawyer told Reuters.

Known for his eccentric behaviour and videos, McAfee, 75, was a pioneer of anti-virus software and indicted in Tennessee on tax evasion charges. He also was charged in a cryptocurrency fraud case in New York.

Spain’s high court agreed to extradite McAfee to the United States, a court document released on Wednesday said. The provincial justice department confirmed that a U.S. man aged 75 was found dead in his cell on Wednesday.

Jailed in Barcelona for about nine months, McAfee still had opportunities to appeal his conviction but could not stand more time in jail, the lawyer Javier Villalba said.

“This is the result of a cruel system that had no reason to keep this man in jail for so long,” Villalba said.