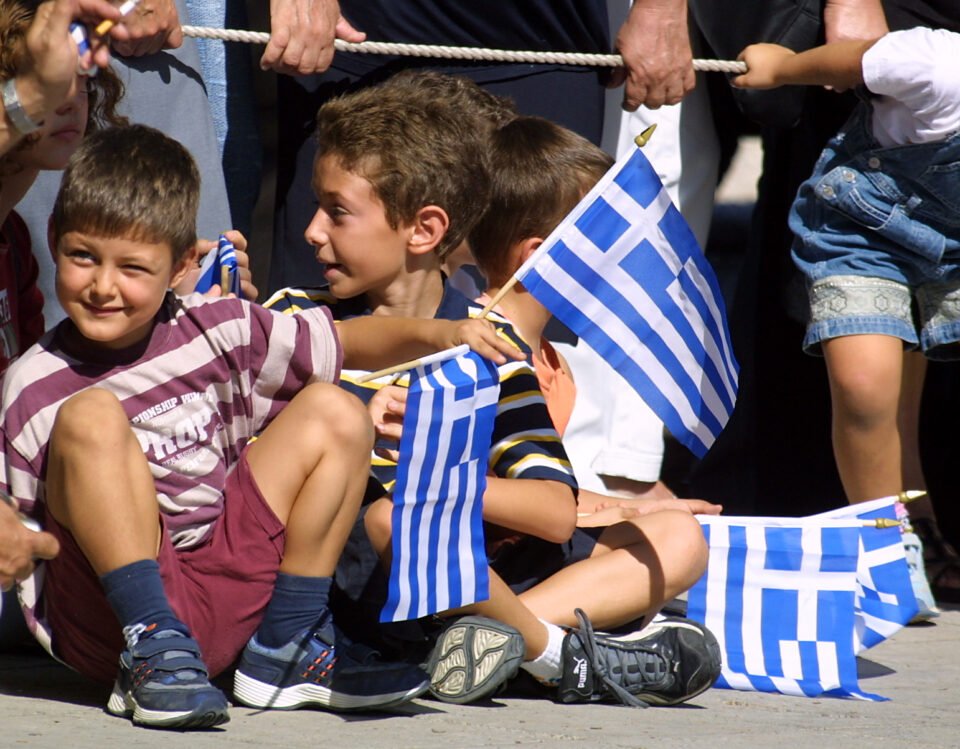 Around the world, only a handful of countries use another nation’s anthem as their own. In Cyprus, the island’s most significant form of political commemoration, its national anthem, cannot be considered without understanding Cyprus’ long and turbulent past. History has shown that it often serves different versions and perspectives, as it is often colonised by conflicting memories and accounts, leading to divisive historiographies imbued with nationalistic ideologies.

As we aspire for an eventual settlement of the Cyprus problem, from one mediation table to another, the arduous negotiations between the two sides tend to resume under the supposed (un)willingness to compromise on an agreement that would leave everyone satisfied. This is a contentious ethnic and national dispute, propagated by polarising historical views that are also fuelled by political motivations.

So, when contemplating any possibility of reunifying the last European divided country, there are some questions that we, as nationals, ought to carefully consider. Are we genuinely interested in a solution based on true coexistence? One that requires merging with the Turkish Cypriot community to form a united (federation of) Cyprus, as pursued by the Greek Cypriot side? If our political narrative is so invested in the reintegration of both communities into a modern and reunified country, are we then willing to sing a new national anthem, and abandon the Greek national anthem, which is so deeply embedded in our cultural DNA? Such questions might help advance the conversation over our perceived nationhood.

In Cyprus a long-term national identity crisis would qualify as justification for the attachment to the Greek national anthem, which never represented all Cypriot citizens, even before the Turkish invasion of 1974. Internal social and political struggles continue to leave our society fragmented over our national ‘self’. Opinions vary: many are still loyal to the Greek nation. Deeply attached to the ‘motherland’, they feel Greek. Then, there are those who see themselves as Greek Cypriot, acknowledging thus their dual identity (Cypriot nationality and Greek ethnicity), while others strongly claim their ‘Cypriotism’ as being purely Cypriots. And on the other side of the island, there are those who identify as Turkish Cypriots, or solely as Turkish. To call this an existential crisis might be an understatement. Deep divisions do not just exist between the two communities, but within these as well.

A general notion exists that each side is an extension of either Greece or Turkey. Yet, soon after Cyprus’ independence in 1960 from British rule, there was an attempt to claim some political independence through the composition of a new national anthem by the Cypriot composer Solonas Michaelides, which Turkish Cypriots also shared. In 1963, however, this was abandoned following the violent inter-communal conflicts, and in 1966 the Greek national anthem was officially adopted instead. The idea of a Cypriot national anthem never prospered, possibly reflecting our self-perception as dependent upon something bigger for survival.

The ideological battle for our cultural heritage is pervasive. This is a common feature especially in our region, which has been subject to a number of cultural and linguistic influences and exchanges. ‘Purity’ at this point can only mean an unmistakable blend of heritages. Heritages that we unwillingly received as subjects of back-to-back colonialist rules over the centuries, leading to suppressed hopes of union with the Hellenic world and the rise of ethnonationalism, which was fomented in Cyprus by a predominant ethno-religious ideology. Our history is a rabbit hole of all sorts, to say the least.

In recent years, constant work by grassroots organisations, as well as first track mediation efforts, have sought to alter Cypriot attitudes towards a more reconciliatory approach, in order to achieve a type of post-conflict reconstruction through political, social and cultural unity. If we are indeed serious about reunifying our island, it might then be helpful to reassess our national identity. We have a national anthem and yet we use the Greek one. Understandably, our memory, history and identity are closely linked to those of our Greek friends, as I assume the equivalent would apply for the Turkish Cypriot side. But this does not mean we should not seek to reconstruct our collective political identity as an independent nation. The readiness to reconcile the two estranged communities, to form a bizonal, bi-communal federation, should reflect our willingness to promote unity and inclusion in discourse.

As we define our own personal narratives with each passing day, we are also collectively on a continuous path of developing our country’s national narrative, one that should by and large represent all Cypriots, including minorities and not just the largest ethnic majority. A national anthem that represents all of the island’s citizens may work as part of the peace and confidence-building measures for the resolution of the island’s long-term political stalemate. It may also constitute a moment of reckoning with our troubled and mainly ethnocentric past(s), which has only contributed to deepening the political and social divide.

Small but bold steps taken towards reconciliation, can help end the status quo. Nonetheless, the outcome of the recent parliamentary elections in Cyprus shows the island is once again leaning towards an ultra-nationalistic position, a troublesome result that could undermine all future efforts for the island’s eventual reunification.

Stephania Constantinou is a writer, researcher and consultant on sustainable development and member of the Mediterranean Women Mediators Network in Cyprus

Competing Pride marches – one virtual, one in-person – step off in New York