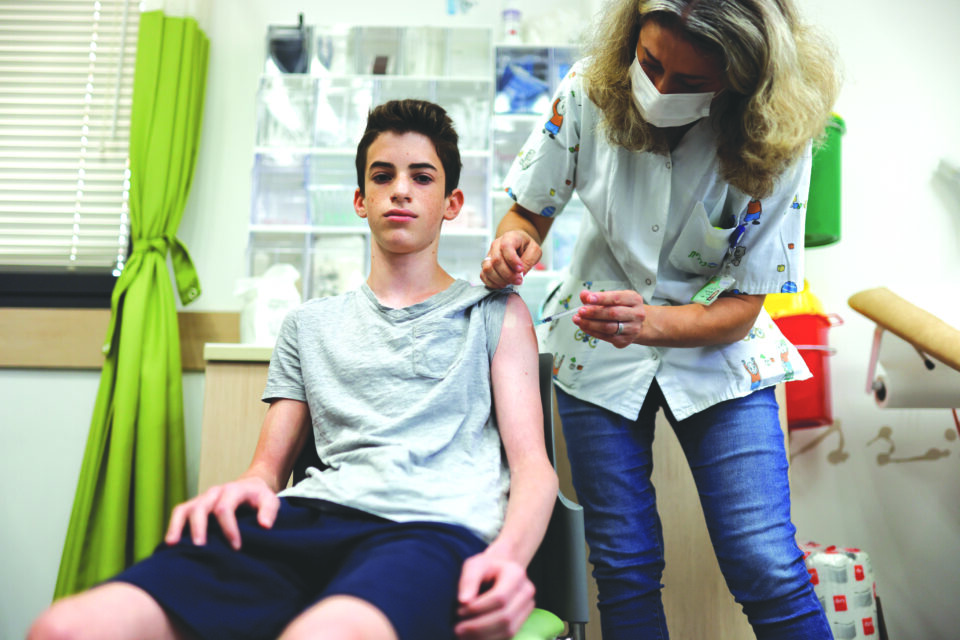 The health ministry’s decision to expand vaccinations to minors aged 16 to 17 on Monday was described as a ‘positive development’ by experts but met with hugely varying reactions from parents.

As cases saw triple digits again on Sunday following relaxations of measures that included the reopening of nightclubs, and traces of the Delta variant in the community, the ministry announced the expansion of the vaccination programme to include minors aged 16 and 17.

They will receive mRNA vaccines, namely Pfizer or Moderna, after the consent of their guardians.

The decision was taken in an effort to ensure the protection of public health and “after taking into account the recommendations of the Cyprus paediatric society”, the ministry said. The society was not immediately available for comment.

“Almost 30 per cent of new coronavirus cases are people aged 18 and under, especially teenagers aged 15 to 18,” the health ministry said citing data from the contact tracing team.

The ministry called on parents to consult with their children and proceed with their vaccination, adding that scientific data suggest that minors experience similar symptoms from Covid as adults.

Ministry advisor, professor of microbiology/molecular virology of the Medical School of the University of Nicosia Dr Petros Karagiannis, who had previously recommended the expansion of vaccinations to minors, called the move a “positive development”, as teenagers are considered the most socially active age group.

Photos and videos on social media have shown various night clubs crowded with youngsters after their reopening on June 10, including some who were underaged despite legislation seeing the minimum age limit at 18 years.

“This groups are the ones going to cafeterias and clubs and have the most active social life so why should they be excluded? Since they want to have fun, they should get vaccinated,” Karayiannis said.

Last month, the European Medical Agency’s human medicines committee (CHMP) recommended granting an extension of indication for the Covid-19 vaccine Pfizer to include use in children aged 12 to 15. The vaccine was already approved for use in adults and adolescents aged 16 and above.

The US and Canada had approved the Pfizer jab for adolescents in early May, with Austria, Hungary, Italy and France, among other countries, following suit.

“The timely vaccination of children will contribute to the smooth operation of schools, with the physical presence of students,” the ministry said.

The change has been embraced by some parents who welcomed the decision and are already making plans for the vaccination of their children.

“We will allow our 17-year-old to get the vaccine, mainly because it’s important that he doesn’t become part of a transmission chain that infects other people,” 54-year-old Marina Charalambous told the Cyprus Mail.

She also referred to the high percentage of cases that concern minors.

“If it is actually that big of a percentage, then not getting vaccinated is effectively suicide,” she added.

Other parents viewed the move as unnecessary and risky for children.

“[I] feel sorry for those kids whose parents will line them up for the experiment, poor kids,” a commentator on the Cyprus Mail website said.

A father of two, said that “evidence coming out now suggests young adults and even people who already have had Covid should not need to be vaccinated”.

The ministry’s advisor however argued that “parents must understand that since their children are socially active, they can transfer the virus at home, therefore it is for their own protection as well”.

The latest recommendations by the World Health Organisation (WHO) suggest that only children who belong to vulnerable groups should be considered for vaccination against Covid-19 as “children and adolescents tend to have milder disease compared to adults”.

“More evidence is needed on the use of the different Covid-19 vaccines in children to be able to make general recommendations on vaccinating children against Covid-19,” WHO writes on their website.

Appointments for vaccination can be arranged via the vaccine portal or through personal doctors or paediatricians.

Other documents required include ID as well as a copy of the identification documents of their guardians.